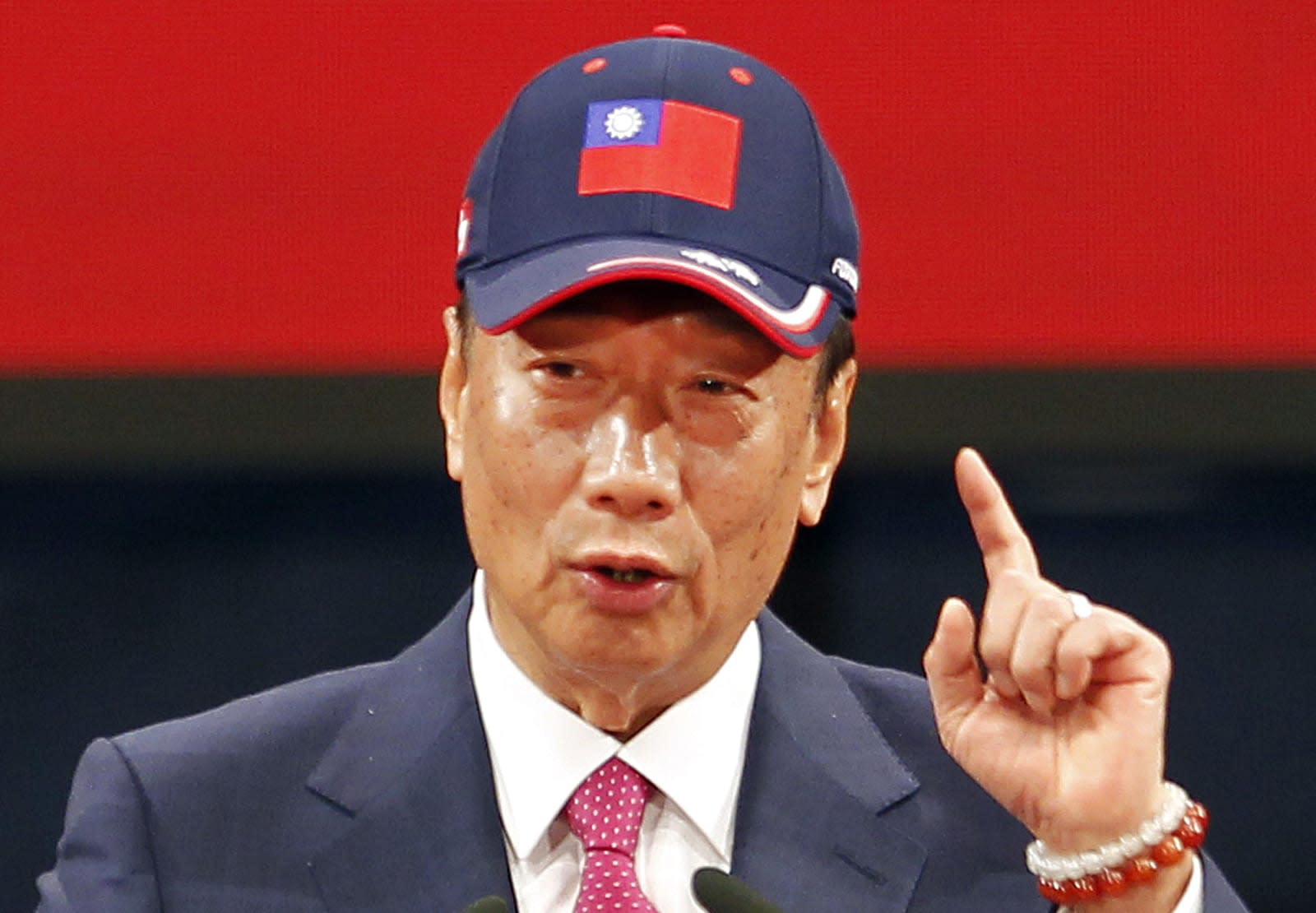 Terry Gou, the billionaire founder of electronics giant Foxconn, is stepping down from his role as chairman to run for president of Taiwan. He will stand in the primaries of the Kuomintang opposition party, promoting a more China-friendly policy during what is currently a period of heightened tension with Beijing.

According to Gou, he was inspired to pursue presidency by the sea goddess Mazu, who came to him in a dream encouraging him to promote peace across the Taiwan Strait. Speaking to a crowd at a temple in Taipei, he said that, "Mazu doesn't want Taiwanese society to be so difficult. Mazu told me to come out and do something." He added that if he was not elected to represent Kuomintang in the 2020 elections, "It means I haven't worked hard enough," and he will then give his full support to his party's chosen candidate.

Foxconn is the world's largest contract manufacturer, known predominantly for assembling Apple's iPhones. Gou's move away from the company comes at a sensitive time, as Foxconn tries to reduce its reliance on Apple and the iPhone maker strives to diversify its supplier base. However, it's not the first top-level change China's tech landscape has seen in recent times. Co-founder of Alibaba Jack Ma plans to step down within a year to allow for younger management, while Morris Chang, chairman of Taiwan Semiconductor Manufacturing Co, retired last year.

If selected as Kuomintang's candidate, Gou could prove to be a significant threat to Taiwan's current president, Tsai Ing-wen, who is battling low approval ratings. Ms Tai, who became Taiwain's first female president in 2016, has a traditionally pro-independence stance on Taiwan's relationship with greater China. Many in China, however, disagree with Tsai's refusal to endorse Taiwan as part of Chinese territory.

Gou says he wants to improve relations with mainland China -- something which is quite feasible given his plentiful resources and experience. Foxconn already operates numerous factories in China employing hundreds of thousands of workers, plus Gou has an alliance with US President Donald Trump, thanks to Foxconn's plans to build a $10 billion facility in Wisconsin. This is certainly a relationship that could give Gou a lot of clout if necessary.

In this article: Apple, business, China, electronics, Foxconn, politics, president, Taiwan, Terry Gou, tomorrow, Tsai Ing-wen
All products recommended by Engadget are selected by our editorial team, independent of our parent company. Some of our stories include affiliate links. If you buy something through one of these links, we may earn an affiliate commission.