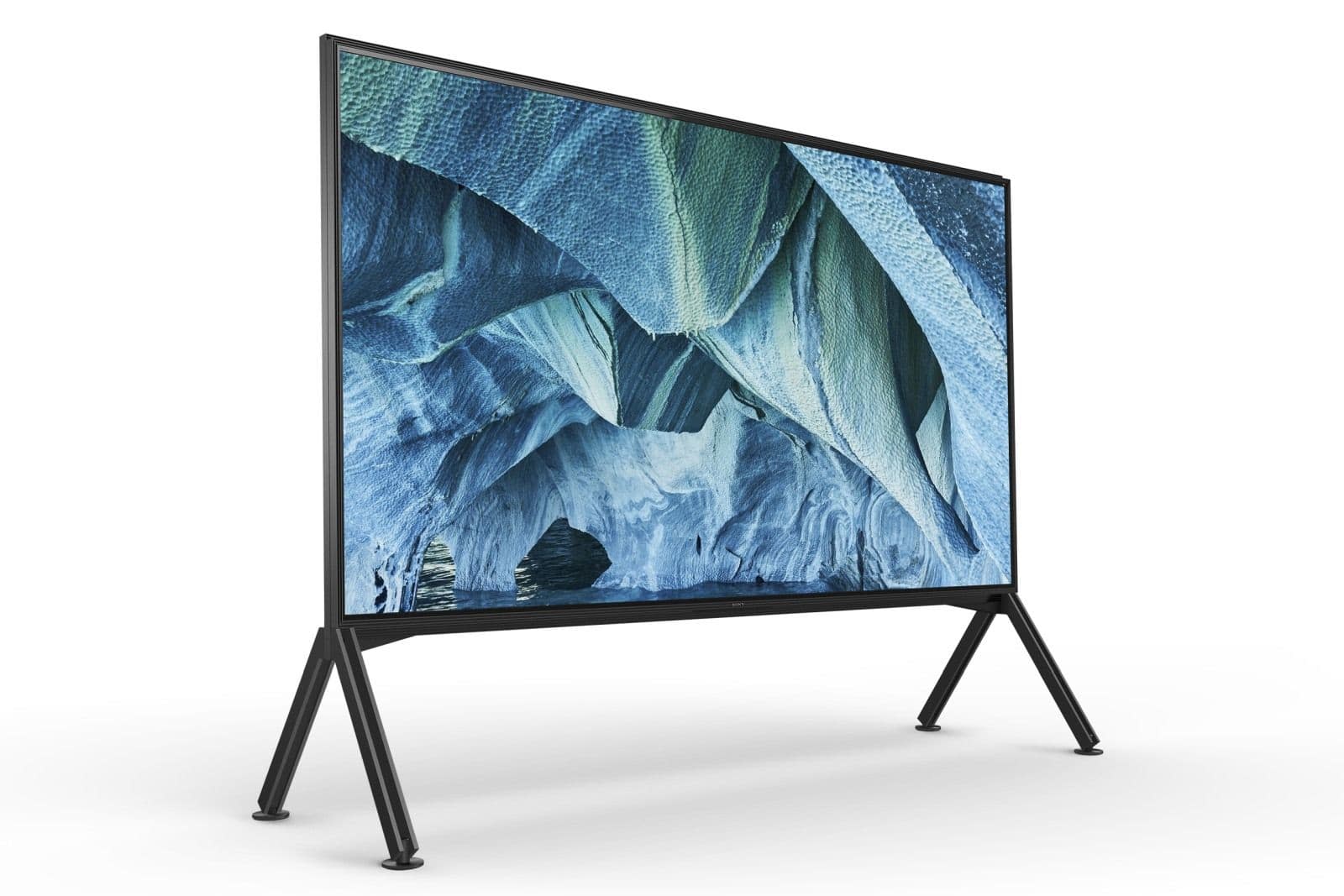 Sony is finally nearing the release of its 2019 TV line, and you'd better brace for impact if you're hoping to buy one of its highest-end models. The company has detailed pricing and availability for the sets, and the 8K-capable Master Series Z9G will start at $13,000 for an 85-inch model when the series arrives in June, and a mind-numbing $70,000 for the 98-inch star attraction. While that's more affordable than Samsung's $100,000 Q900, it still makes the Z9G virtually inaccessible for anyone but wealthy viewers who insist on the best -- and don't mind that 8K content is still very rare, for that matter.

Mercifully, there are more affordable sets if you're willing to 'settle' for 4K. The Master Series A9G OLED line is priced higher than last year's A8F models with a starting price of $3,500 for the 55-inch version and a peak price of $8,000 for the 77-inch edition. While that's still expensive, you are getting the same Picture Processor X1 Ultimate chip as the Z9G as well as Sony-wide perks like Netflix Calibrated Mode, IMAX Enhanced and eventual AirPlay 2 and HomeKit support for Apple-centric households. The A9G range will be available between May and June, beginning with the 55-incher.

There are more accessible beyond that, too. The A8G isn't as flashy with 'just' a 4K HDR Processor X1 Extreme chip, but it still has common Sony OLED tricks like Acoustic Surface Audio (where the display is the speaker) at a relatively low $2,500 for a 55-inch set and $3,500 for its 65-inch variant. Both TVs appear in May.

In this article: 4k, 8k, a8g, a9g, av, bravia, bravia master, gear, master series, oled, sony, television, tv, x950g, z9g
All products recommended by Engadget are selected by our editorial team, independent of our parent company. Some of our stories include affiliate links. If you buy something through one of these links, we may earn an affiliate commission.