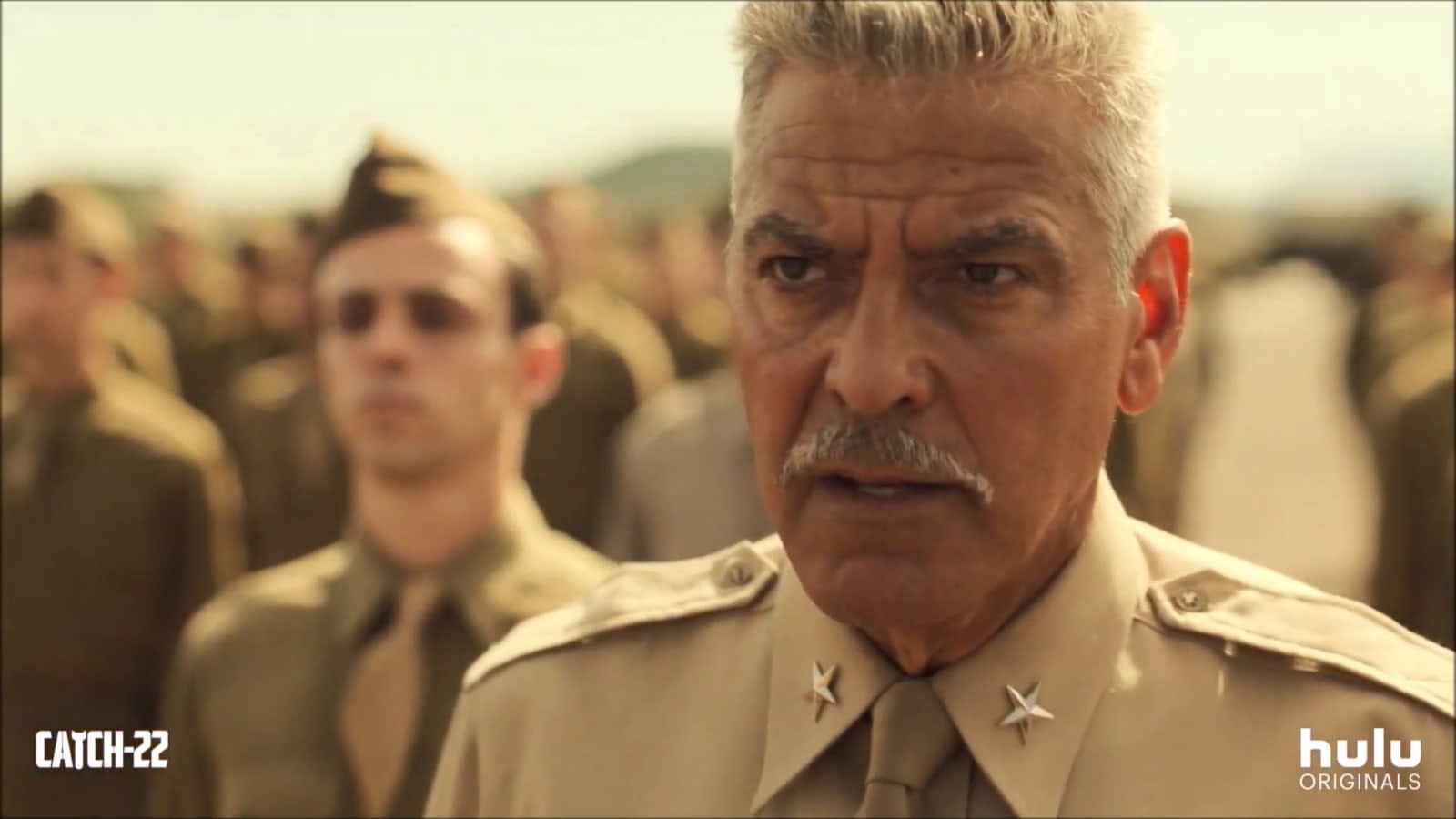 Hulu's adaptation of the classic novel Catch 22, directed by and starring George Clooney, premieres May 17th. In the meantime, you can catch a glimpse of Clooney barking orders in his role as Scheisskopf, thanks to the trailer released yesterday. Opposite Clooney, you'll see Christopher Abbott as Yossarian, a bombardier trapped in the maddening military bylaw, and Kyle Chandler as the power-hungry Colonel Cathcart.

The six-episode series is written by Luke Davies, who wrote Lion, and David Michôd, who wrote War Machine. In addition to staring in the show, Clooney will direct alongside Grant Heslov, who produced Argo. While Catch 22 has been adapted for the big screen and a television pilot, this will be the first full TV series based on the Joseph Heller novel.

In this article: av, catch 22, christopher abbott, entertainment, george clooney, hulu, series, streaming, trailer, tv
All products recommended by Engadget are selected by our editorial team, independent of our parent company. Some of our stories include affiliate links. If you buy something through one of these links, we may earn an affiliate commission.