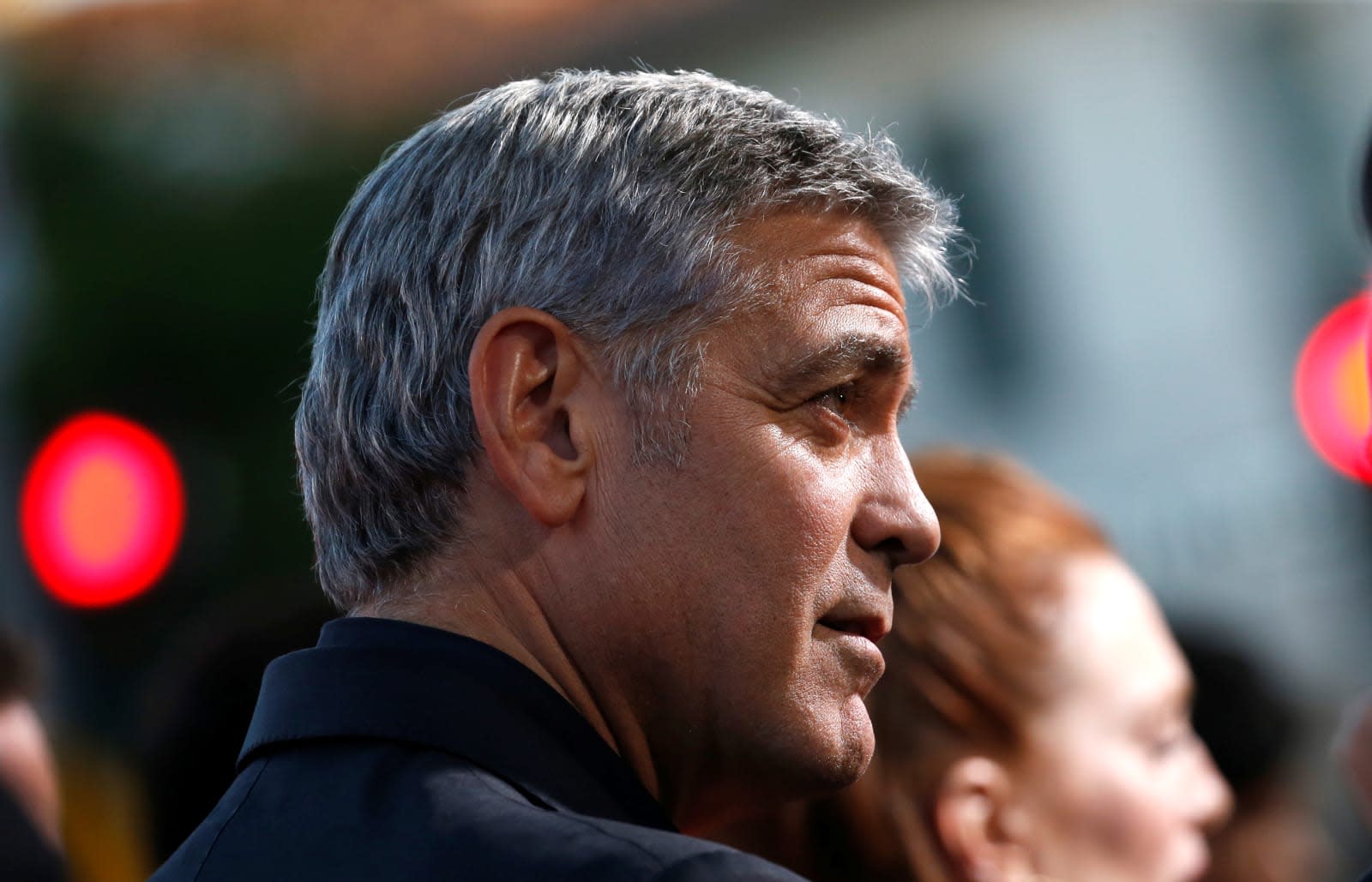 Netflix isn't the only streaming service getting some George Clooney-produced goodness. The popular actor/producer is also bringing Joseph Heller's satirical novel Catch-22 to the small screen, this time via Hulu. According to Deadline, the six-episode series will be written by Luke Davies (Lion) and David Michôd (War Machine) and star Clooney, who will also direct along with frequent collaborator Grant Heslov (Argo).

According to Deadline, Clooney will take on the role of antagonist Colonel Cathcart in the show, who keeps raising the number of missions men like protagonist Captain John Yossarian must go on in order to finish their tour of duty and go home: the un-winnable situation the title has become synonymous with. Deadline notes that Clooney and Heslov's Smokehouse Pictures will executive produce, as well, along with Anonymous Content. This will be the first full television series based on the novel, which had a 1970 movie starring Alan Arkin and a television pilot starring Richard Dreyfuss in 1973 that never went to series.

In this article: av, Catch-22, Cathcard, entertainment, GeorgeClooney, Heller
All products recommended by Engadget are selected by our editorial team, independent of our parent company. Some of our stories include affiliate links. If you buy something through one of these links, we may earn an affiliate commission.