Nubia's Red Magic 3 is quite the beast.

We've already seen the likes of ASUS and Black Shark offering external cooling fans for their gaming smartphones, but the folks over at Nubia reckon it's about time to stuff a fan inside a phone (I mean, what else would you expect from a company that brought back the wearable phone?). Today, the Chinese brand unveiled the Red Magic 3 which not only packs a "liquid cooling" copper heat pipe, but also an internal cooling fan.

This small fan is said to run quietly but can spin up to 14,000 rpm, and it has an IP55 rating plus its own isolated chamber, so you won't have to worry about liquids and dust getting in. It's apparently good for over 30,000 hours of continuous use, though Nubia didn't specify the speed used for the test. Regardless, combining this fan with the heat pipe, the phone's heat transfer performance is apparently five times better than conventional passive cooling methods, thus ensuring a smooth gaming experience for a longer period. 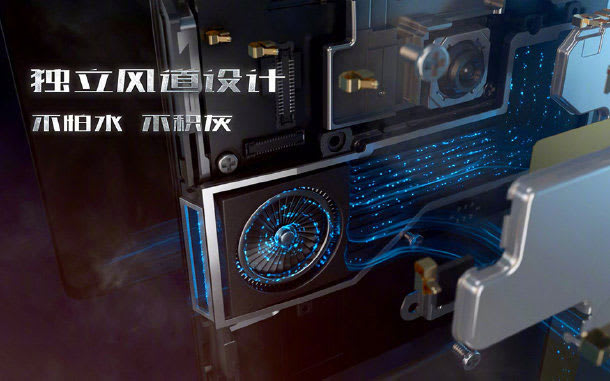 Much like its predecessors and some direct competitors, the Red Magic 3 comes with customizable capacitive shoulder triggers and an RGB LED strip on the back to keep competitive gamers happy. As a bonus, the fingerprint reader above the RGB strip can also be mapped as a button for gaming. The phone has also inherited the hardware switch for toggling the "Red Magic Game Space 2.0" dashboard, where you can access your game library and related settings -- including fan speeds, screen recording and notifications.

The rest of this Android 9 phone is pretty much a bog-standard flagship with a few bonuses. You get the usual Qualcomm Snapdragon 855 chipset with up to 12GB of RAM and 256GB of storage, plus there's a generous 5,000mAh battery with USB Power Delivery quick charge of up to 27W (compatible with QC 4.0). 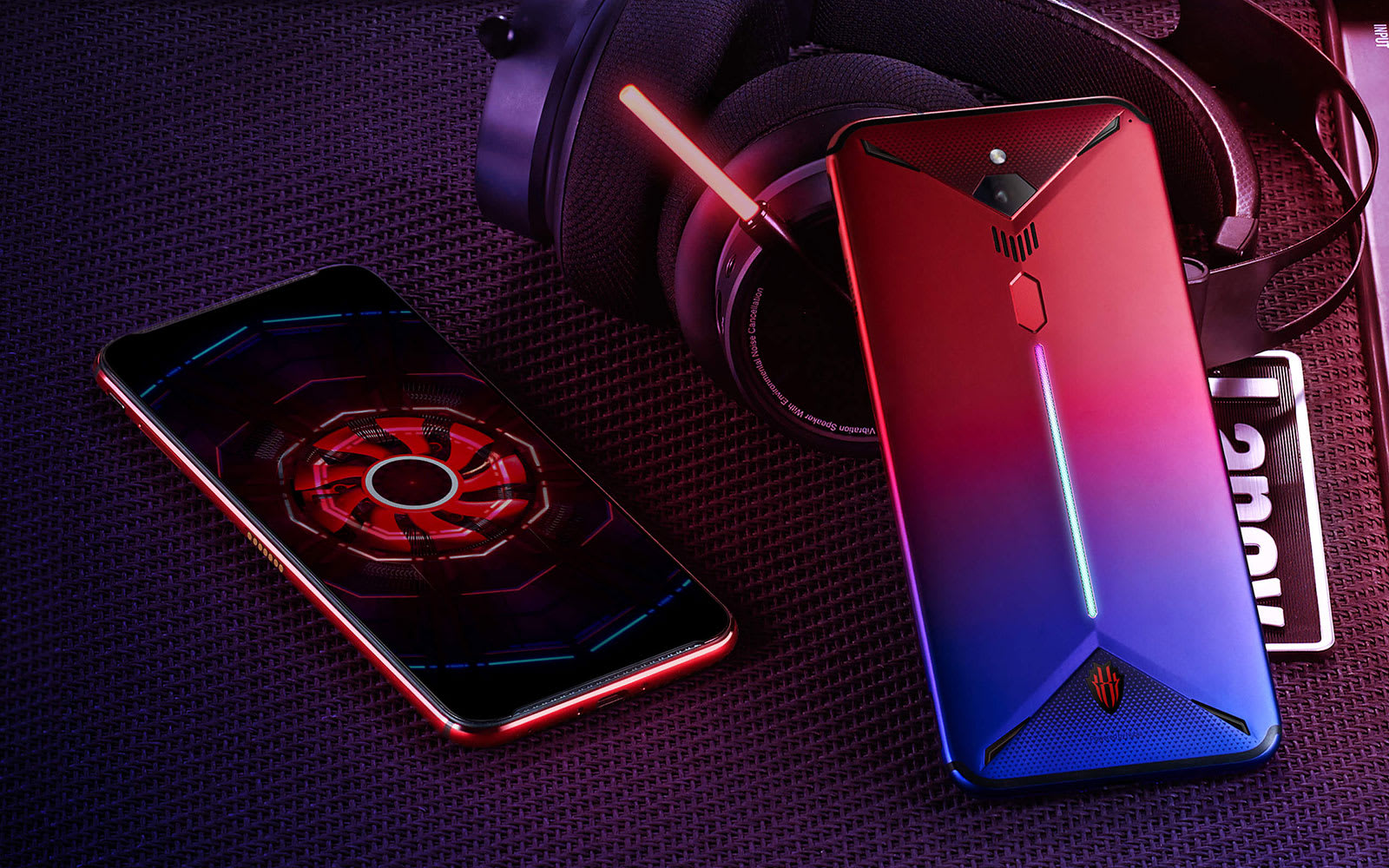 As for cameras, the Red Magic 3 comes with a 48-megapixel f/1.7 main imager powered by a Sony IMX586 sensor, along with a 16-megapixel f/2.0 front camera but with an unknown sensor. Sadly, there's no optical stabilization here, but the main camera is setting two new records in the mobile industry: it can apparently handle 8K -- yes, 8K -- video recording, and it also has a super slow motion mode of up to a whopping 1,920 fps (resolution not yet specified). But of course, at the end of the day it's all about the picture quality, so we shall see how these video modes fare when we get hold of our own test device.

Things get a little more interesting on the visual and audio side: the 6.65-inch FHD+ AMOLED display handles HDR and packs a 90Hz refresh rate -- the latter will be supported by titles like Vainglory, Forsaken World, Heroes of the Multiverse, Peak Tank and more. The front-facing stereo speakers work with DTS:X surround sound, and the triple-mic noise cancellation comes in handy for those who like to stream their gameplay. Speaking of, there's still a 3.5mm headphone jack here. 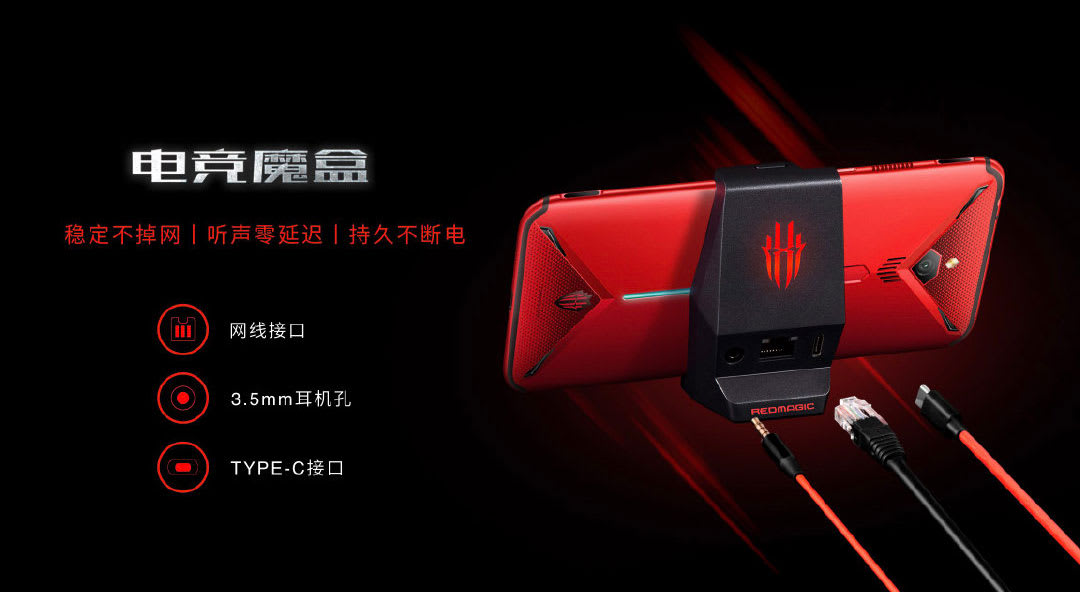 So how much does the world's first fan-cooled gaming smartphone cost? When it launches in China on May 3rd, it'll start from 2,899 yuan or about $430 (6GB RAM and 64GB storage) and max out at 4,299 yuan or about $640 (12GB RAM and 256GB storage). It's also set to launch in the US, Canada, UK and Europe in late May, but there's no local pricing info just yet. The China launch today also mentioned a couple of accessories that make use of the phone's pogo pins: the 5G radio add-on (a bit like Motorola's 5G Moto Mod; no price yet) and the LAN connection dock (199 yuan or about $30). We'll be keeping an eye out for these for the Western launch.