The service is also expanding to 14 new countries.

If you've ever wanted to let Facebook know who your romantic crush is -- and no, "poking" doesn't count -- soon you'll have the chance to do just that. Today, at its F8 2019 developers conference, the company announced Secret Crush, a new feature that will let you use Facebook Dating to express interest in someone from your friends on the site. Facebook says that users have told it they believe there's an opportunity to explore romances within their own extended circle of friends on Facebook, and that's how the idea for Secret Crush came to be.

The feature will let you select from up to nine Facebook friends who you may be interested in, and if they're on the Dating service, they'll get a notification letting them know someone has a crush on them. Simple enough, but the feeling has to be mutual, of course. If your Facebook Dating adds you to their Secret Crush list, then the two of you will be matched and you can, maybe, live happily ever after. 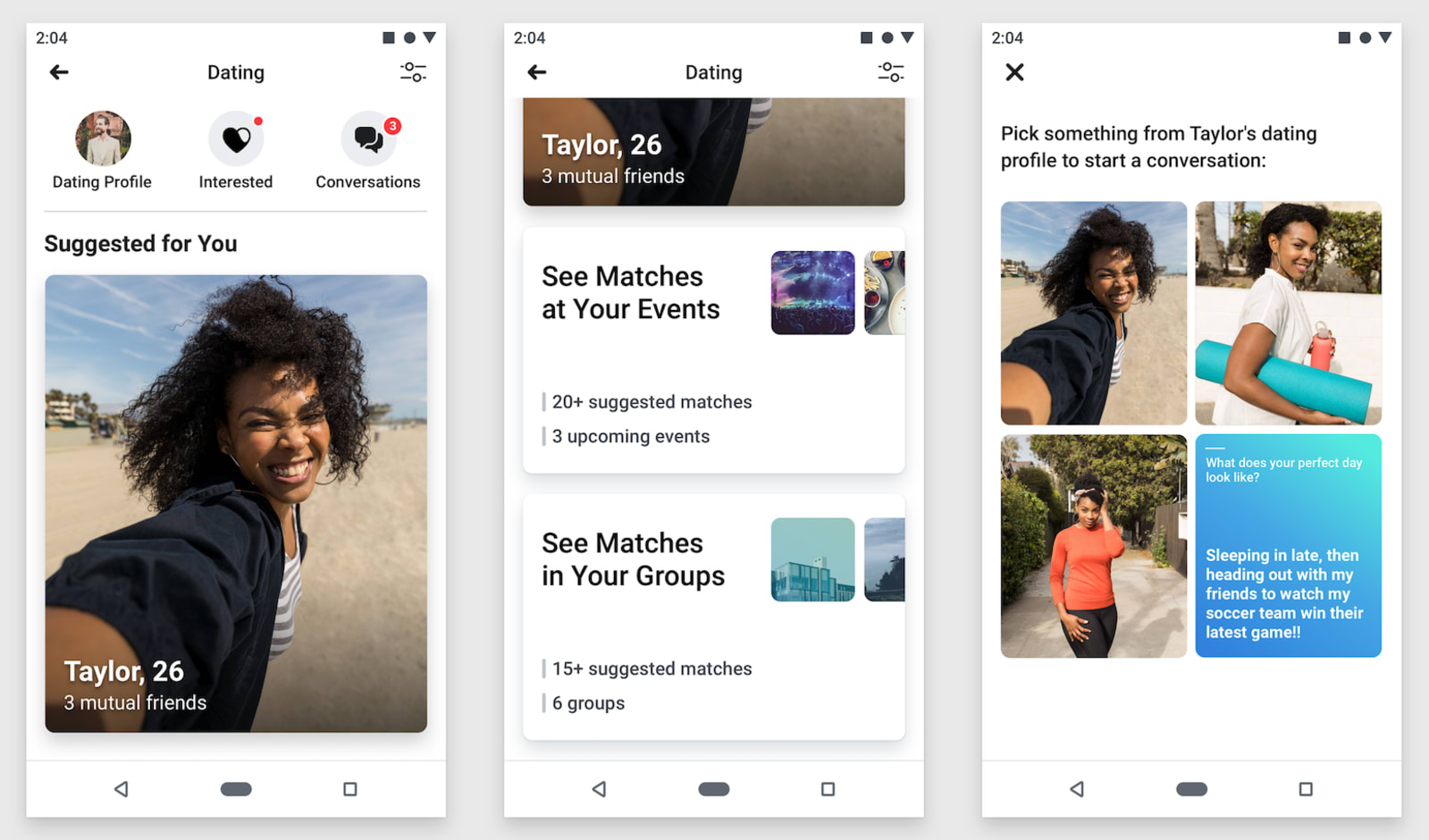 Facebook is emphasizing that, if your crush isn't on Dating and they don't opt into the feature or put you on their list, "no one" will know that you've entered a friend's name. That's something it needs to think about as it looks to keep people from being harassed on the service.

Unfortunately for those of you in the US who want to use Facebook Dating or its new Secret Crush feature, the service still isn't available here. It's been a year since it was first announced at F8 2018, but Facebook says it'll finally be coming to the US by the end of 2019. That said, Facebook did let it be known that Dating is expanding to 14 new countries: Brazil, Bolivia, Chile, Ecuador, Guyana, Paraguay, Peru, Uruguay, Laos, Malaysia, Philippines, Singapore, Vietnam and Suriname.

That's in addition to Argentina, Colombia, Mexico, Canada and Thailand; the countries where Facebook Dating has been available for the past few months.