It's cleaner, faster and puts Groups front and center.

Out of all the announcements Facebook made at its F8 2019 developers conference, one of the most important was the redesign of its core smartphone app. The new application, which has been updated with what Facebook is calling the "FB5" version, is now cleaner, faster and puts Groups front and center. And, as Facebook CEO Mark Zuckerberg said, "The app isn't even blue anymore." That's the first thing you'll notice when you check out the new app, which is rolling out to users starting today. If you use Messenger, the white-covered design of the FB5 Facebook app will feel quite familiar.

As mentioned earlier, a big focus of this version is on making Groups more ubiquitous inside the app. An overhauled Groups tab (pictured above) will show you a feed of activity from communities you're subscribed to, while a new discovery feature is going to recommend you Groups you might be interested in. The Events tab is also getting a facelift, and it'll now let you see what's happening around you, as well as make it easier to discover local businesses and help you coordinate with friends to make plans to attend different shindigs. 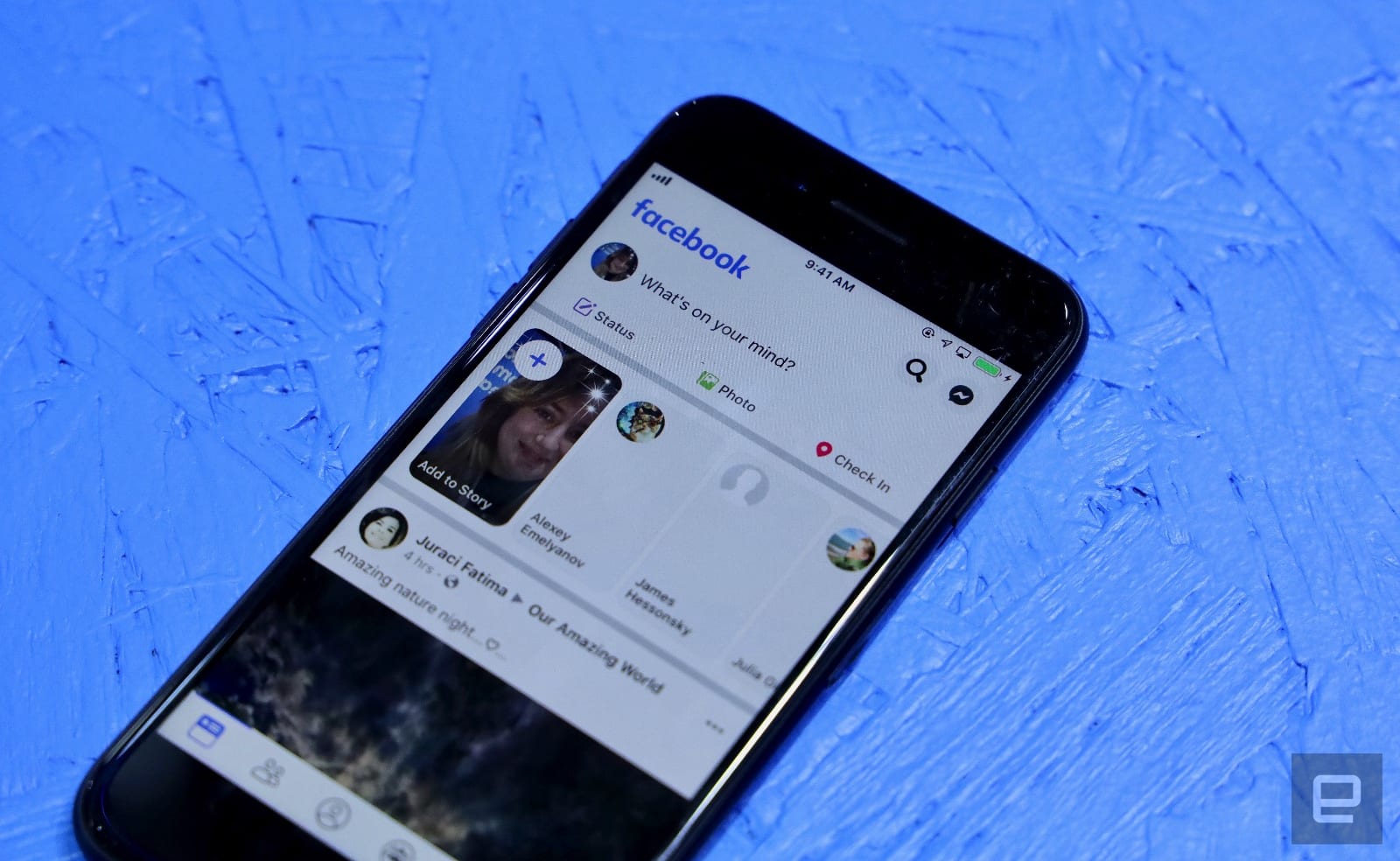 Additionally, you'll come across Group recommendations in other areas of the Facebook app, including Marketplace, Today In, Watch and the Gaming Tab. On the News Feed, meanwhile, more content from your Groups will start showing up. And it'll now be easier to share stories from the News Feed directly to Groups, the same way you can with your friends and family. These changes are all part of Facebook wanting people to focus more on Groups, a feature it says over 400 million people heavily rely on for things like support communities.

During my demo, I definitely noticed how much smoother the app feels, and it brings it more in line with the Messenger app -- which is getting updates of its own. This new look for Facebook is coming to the desktop, as well, through a redesigned website that will arrive later this year. Until then, if you don't have the update yet, you can take a look at the new app right here.

/8
All products recommended by Engadget are selected by our editorial team, independent of our parent company. Some of our stories include affiliate links. If you buy something through one of these links, we may earn an affiliate commission. All prices are correct at the time of publishing.
A closer look at the redesigned Facebook app
entertainment
events
F82019
facebook
facebook app
facebook events
facebook groups
facebook messenger
gear
groups
hands-on
internet
mark zuckerberg
messenger
mobile
personal computing
personalcomputing
social
social media