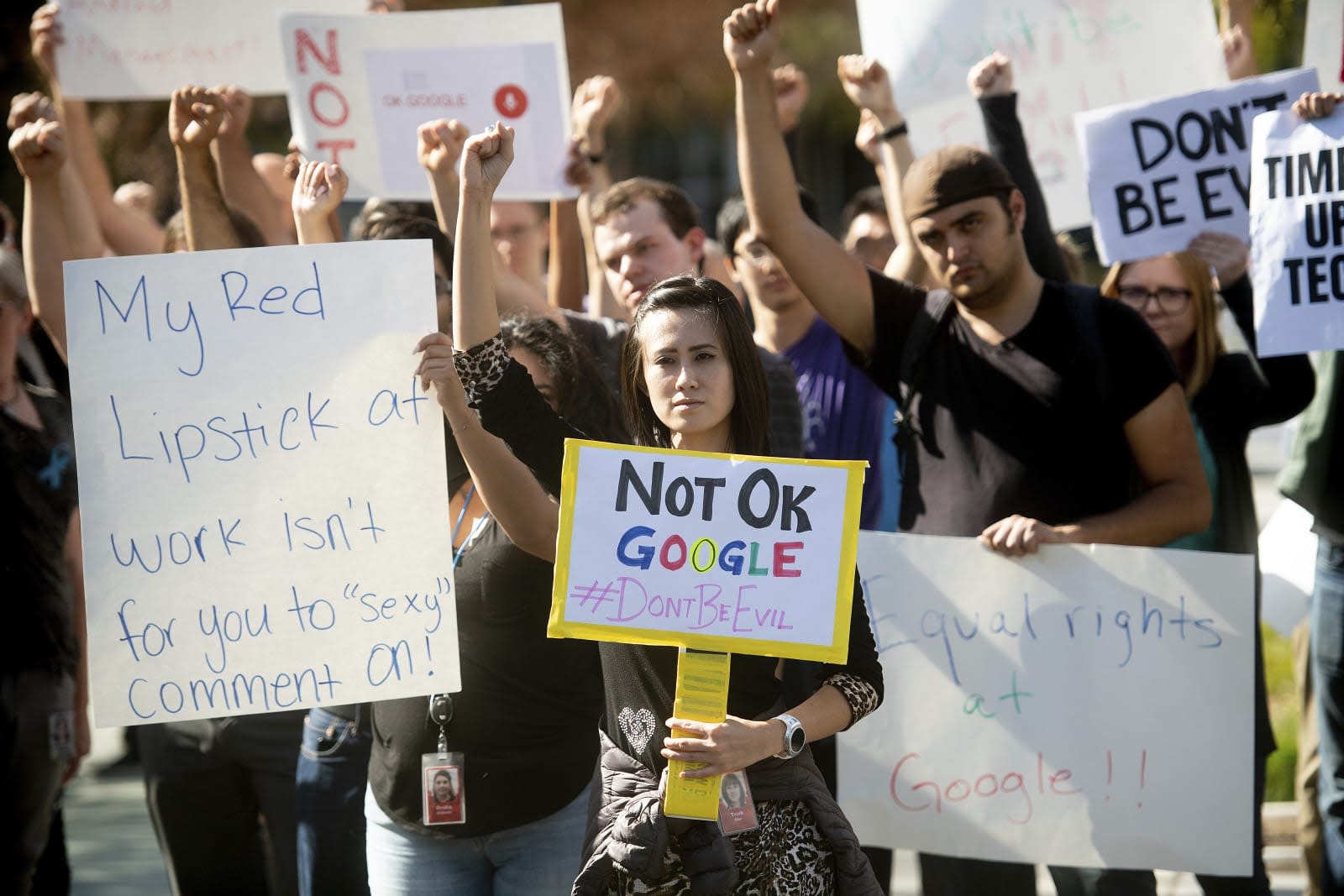 Google employees will hold a sit-in tomorrow at 11am to protest what they call a "culture of retaliation." The group Google Walkout For Real Change announced the event on Twitter, saying they've encountered everything from being told to take sick leave when they're not sick to losing reports as punishment for actions Google doesn't approve.

Last week, employees held a town hall meeting to share stories of retaliation and strategize next steps. The unrest stems from large-scale walkouts in November, in which 20,000 employees demanded that Google change the way it handles sexual misconduct. Leaders of that protest say they've since faced retaliation and that they're not alone. Two major employee protests in a six-month period isn't an especially good look for Google. We'll see how the company responds.

From being told to go on sick leave when you're not sick, to having your reports taken away, we're sick of retaliation.
Six months ago, we walked out. This time, we're sitting in. 11am tomorrow. #NotOkGoogle #GoogleWalkout pic.twitter.com/GCq0x1O8cZ

In this article: business, employees, gear, google, internet, protest, punishment, retaliation, sit-in, walkout
All products recommended by Engadget are selected by our editorial team, independent of our parent company. Some of our stories include affiliate links. If you buy something through one of these links, we may earn an affiliate commission.