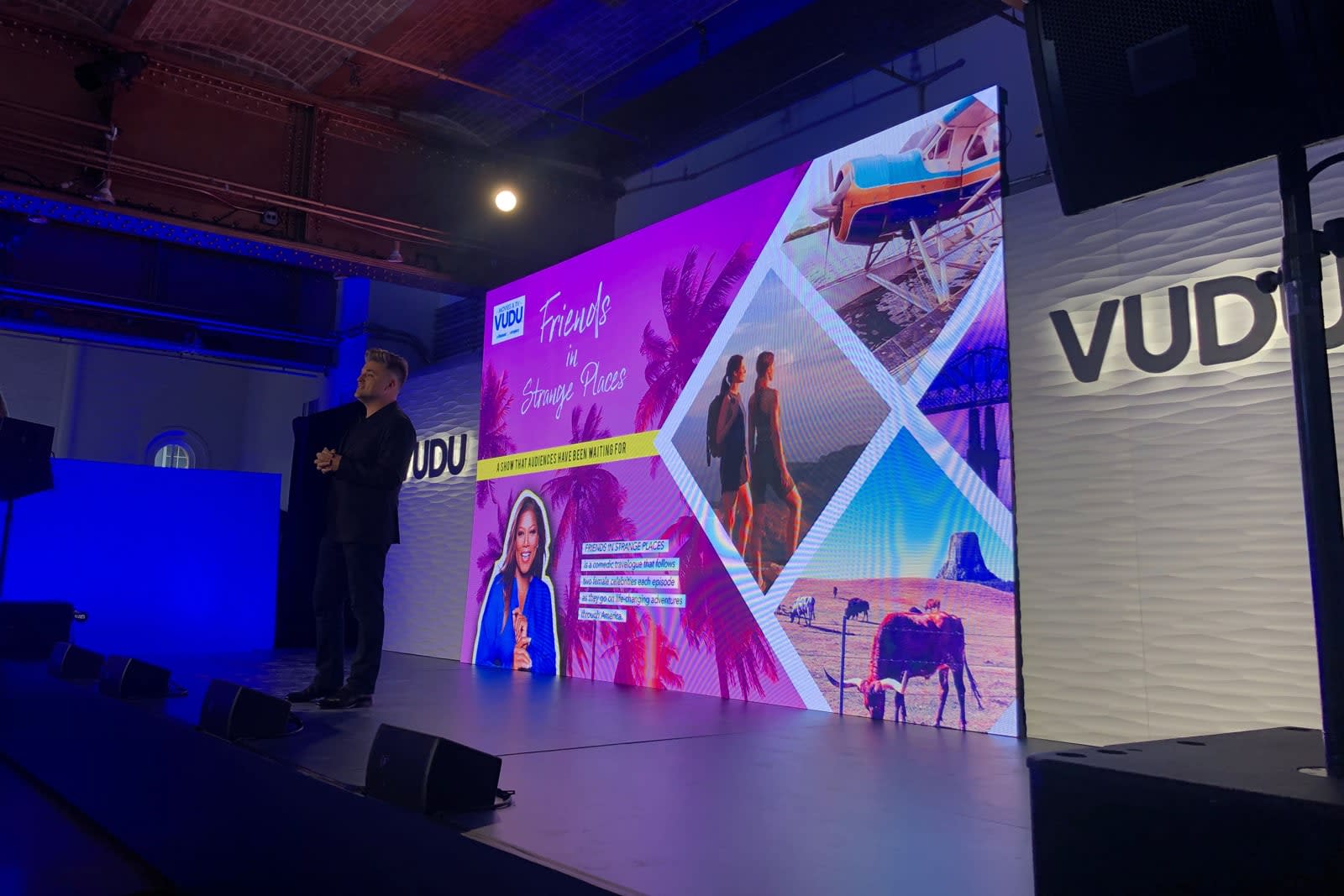 The rumors were true: Vudu will offer original shows, including a few with twists. Vudu confirmed at a presentation that it would introduce a variety of exclusive programming, including "interactive content" produced with the help of the startup Eko. While the streaming service didn't delve into specifics, it promised a mix of genres like comedy, drama and thrillers when the interactive material arrived later in the year.

There will be originals that don't require your input, of course. Vudu is co-producing Albedo, a sci-fi detective series from Rampage director Brad Peyton that will star Evangeline Lilly. You can also expect reality shows like Turning Point with Randy Jackson and Queen Latifah's travel-focused Friends in Strange Places. The first three episodes of Nickelodeon's Blues Clues & You will also launch on Vudu before they hit conventional TV.

Roughly a dozen original movies and TV shows should premiere later in 2019, although Albedo isn't expected until 2020. You can generally expect content aimed at whole families, Vudu said.

And yes, the reports of shoppable ads were also real -- this is a Walmart-owned brand, after all. If you're watching an ad-supported show, you'll get dynamic ads that give you an opportunity to buy what you see through a pop-up.

Vudu's strategy is a familiar one. It's betting that exclusives will give you a reason to stick around where you'd otherwise turn to Netflix, Amazon and the rapidly growing list of alternatives. Whether or not that's enough is less than certain. Vudu does have the advantage of a corporate giant behind it, but it's still small compared to the streaming industry's heavyweights. There's also the not-so-small matter of service exhaustion. There's already evidence that people are overwhelmed by the number of memberships they need to keep up with exclusives, and they might not want to add one more unless it's particularly compelling.

Update 5/2 11:15AM ET: Vudu has clarified that the originals will be free with ads, so you don't need to pay to watch them.

In this article: ads, advertising, eko, entertainment, gear, interactive, internet, services, shopping, streaming, television, tv, vudu, walmart
All products recommended by Engadget are selected by our editorial team, independent of our parent company. Some of our stories include affiliate links. If you buy something through one of these links, we may earn an affiliate commission.