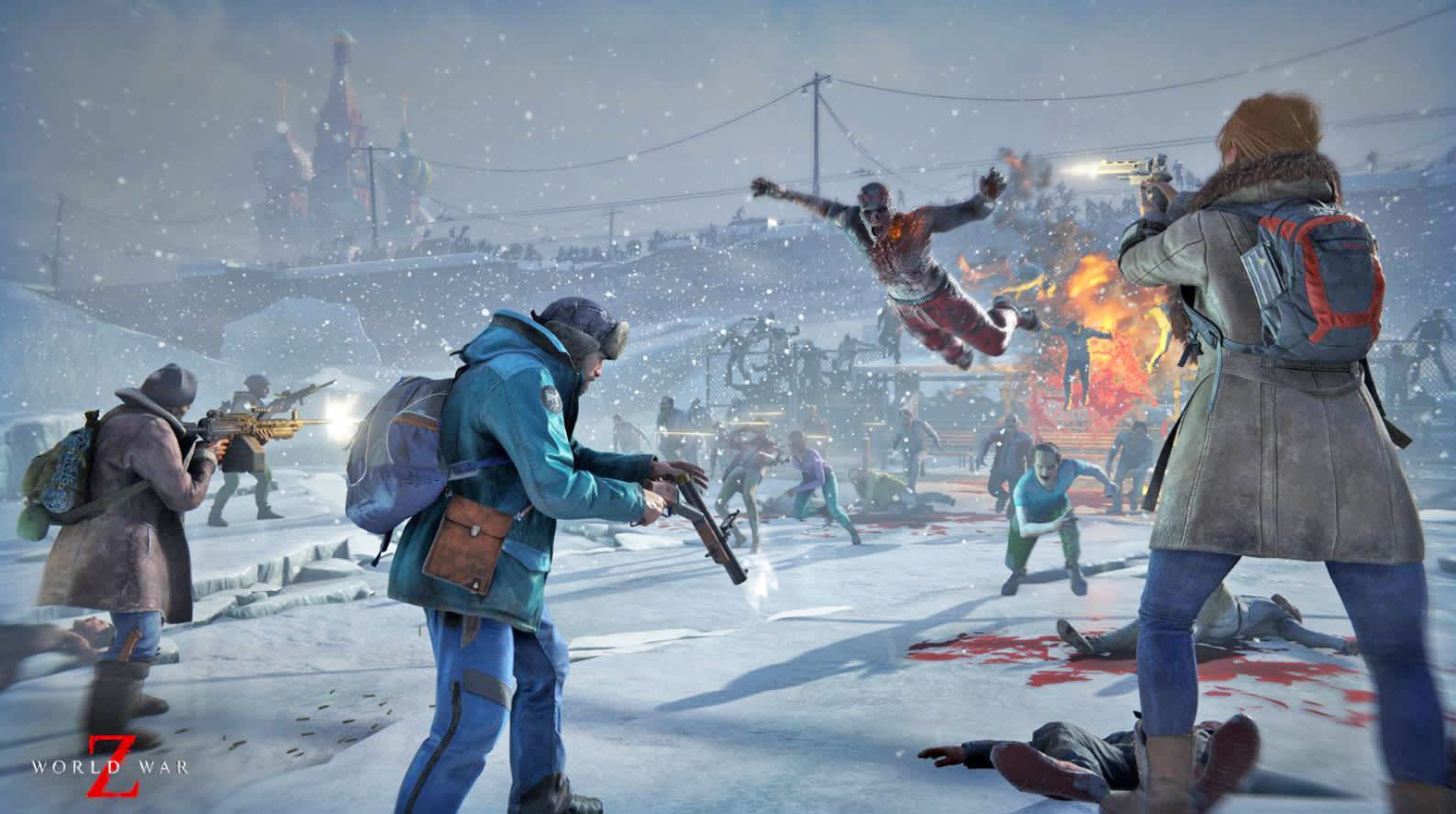 Saber Interactive has announced a post-launch DLC schedule for World War Z, the cooperative third-person shooter game that was released in April. Beginning in May, players will be able to access a new mission set in Tokyo, complete with zombies that can spit out deadly viruses and resurrect if not properly destroyed. A new six-skull difficult setting with rewards and bonus cosmetics comes to players in June.

By July, players should be skilled enough to handle a new weekly challenge, new cosmetics and other items. But other updates are in the works. Saber Interactive is working on features like a wave-based survival mode, the ability to join private lobbies and the option of switching classes during PvPvZ (Player vs. Player vs. Zombie) mode.

We are thrilled to unveil the next free updates from our Season One Roadmap!
Survivors all around the world 🧟 get ready to fight new zombies, handle new weapons and test yourselves thanks to an extreme difficulty level and weekly challenges in the coming months! #OutLiveTheDead pic.twitter.com/JinBhJB9ZV

The video game adaptation of the classic 2006 zombie novel by Max Brooks (and the pretty forgettable 2013 Brad Pitt vehicle) proved to be a sizeable hit since its launch on April 16th. A total of one million copies of World War Z were sold across PC, PS4, and Xbox One platforms in the first week of sales alone. The game debuted at the top of the UK retail charts, pushing out FIFA 19 and Tom Clancy's The Division 2.

In this article: av, gaming, max brooks, saber interactive, zombie, zombies
All products recommended by Engadget are selected by our editorial team, independent of our parent company. Some of our stories include affiliate links. If you buy something through one of these links, we may earn an affiliate commission.