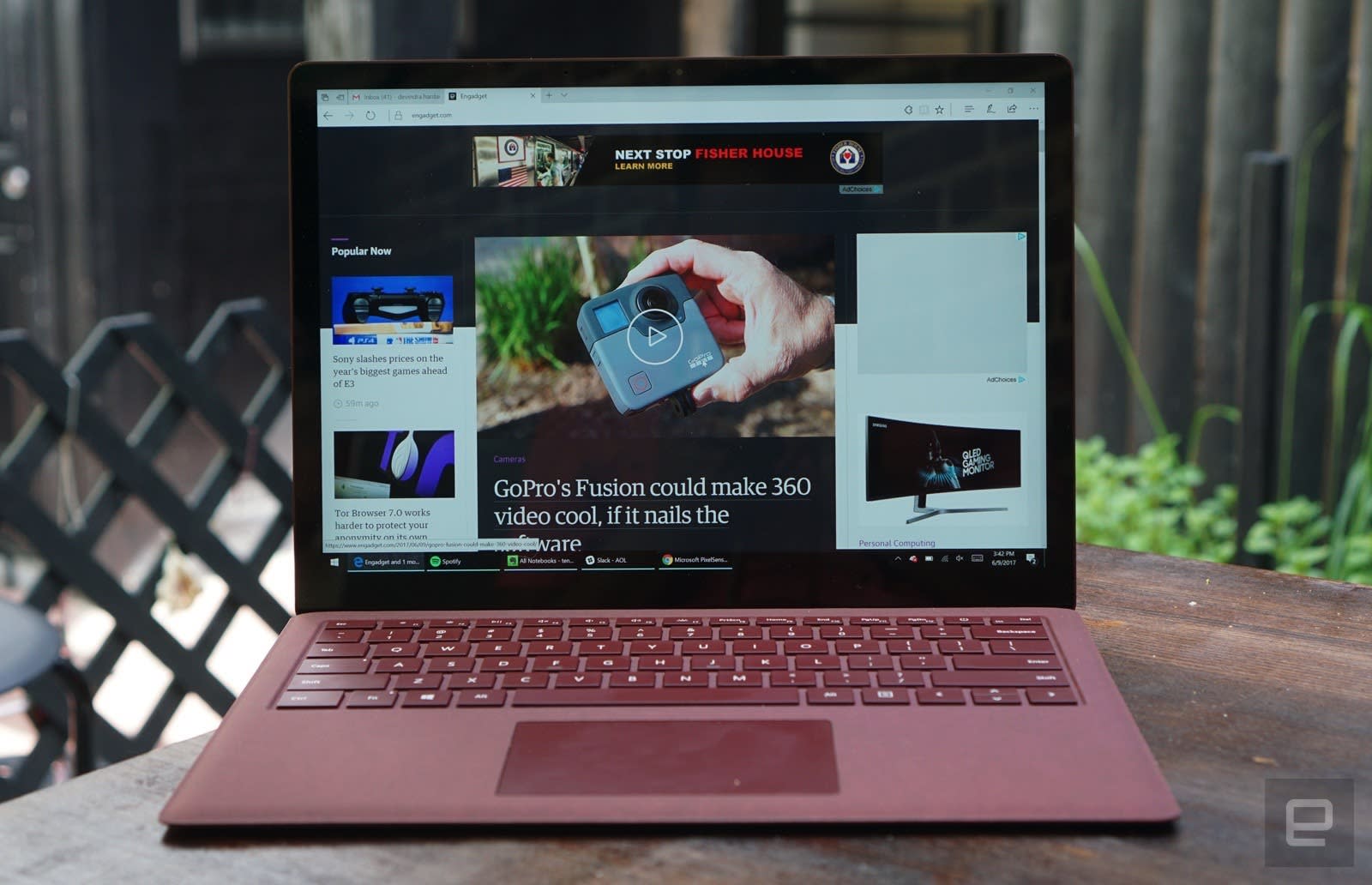 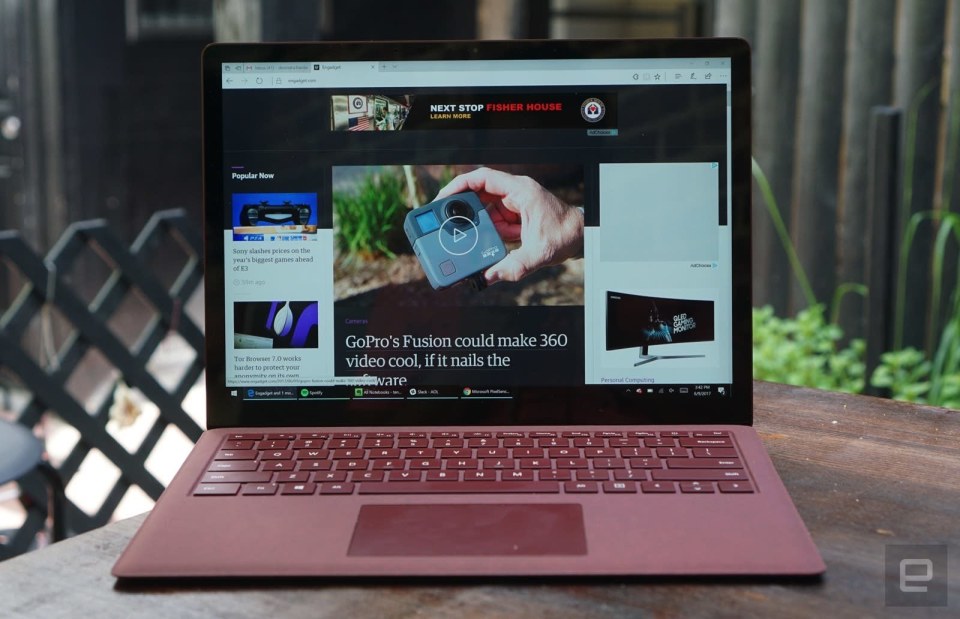 At Engadget, we spend every day looking at how technology will shape the future. But it's also important to look back at how far we've come. That's what This Week in Tech History does. Join us every weekend for a recap of historical tech news, anniversaries and advances from the recent and not-so-recent past. This week, we're looking back at Microsoft's first "real laptop," the Surface Laptop.

It's hard to believe that only two years have passed since Microsoft first announced the Surface Laptop. That's probably because the company had already built up a reputation with the Surface line of convertible tablets. Those computers tried to marry the portability and touch-screen convenience of the iPad with accessories, software and specs that made it more of a "real computer."

It took Microsoft a few years to hone in on what exactly made the standard Surface work, but by 2015 it had really nailed the concept with the Surface Pro 4. But still, there were plenty of people who longed to see what Microsoft could do if it applied its burgeoning hardware chops to a more traditional laptop design. Enter the Surface Laptop, a computer with no fancy hinges or detachable keyboard; its most notable design quirk was the fabric-covered keyboard palm rests. But people who loved the design prowess Microsoft showed off with the Surface Pro but wanted a package that sat better on the lap were delighted.

And with good reason: The Surface Laptop quickly became one of the best all-around notebook computers, a device that hit right in the intersection of style, capability and price. It was basically a more modern MacBook Air that ran Windows, a device that had lots of people interested. 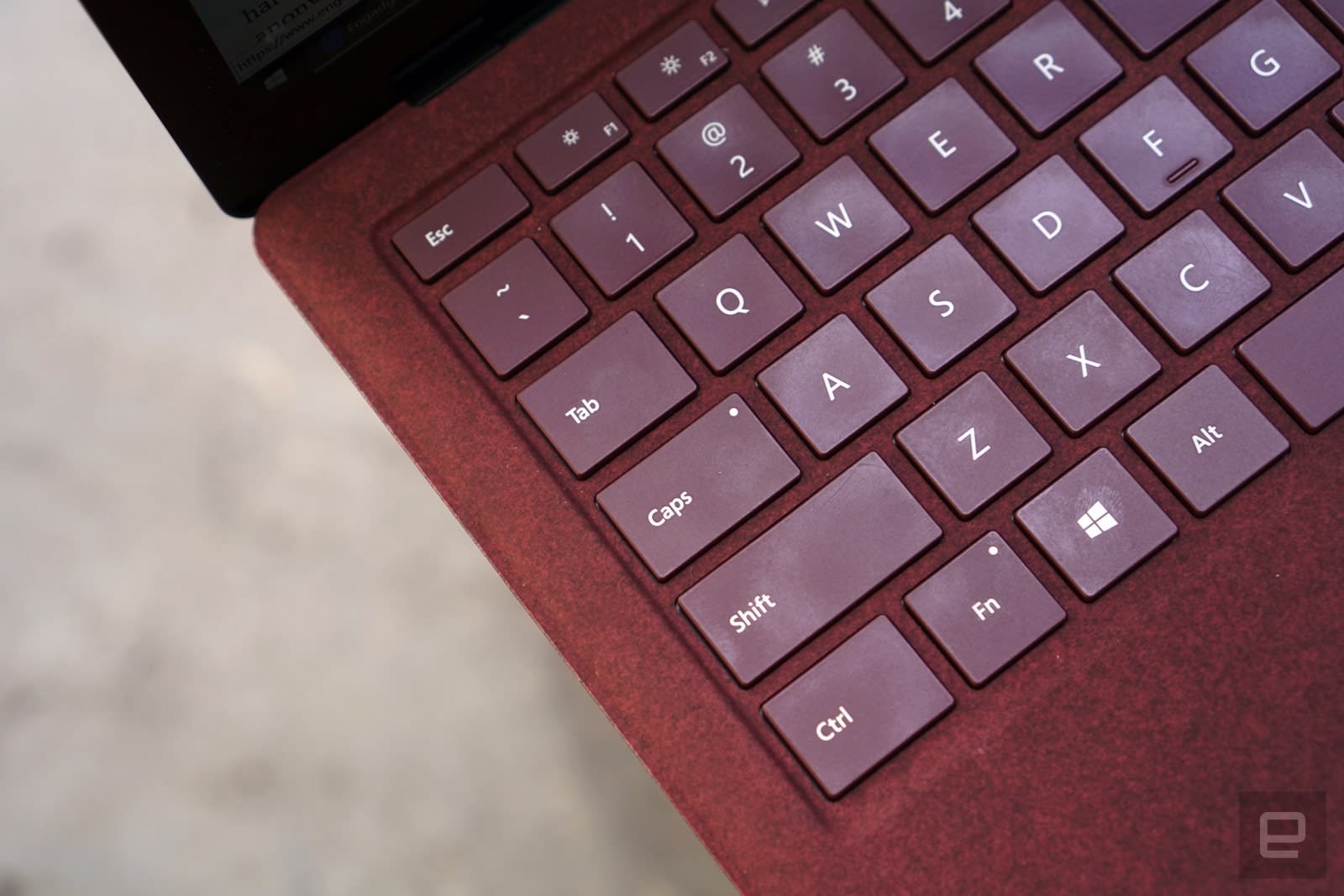 Of course, the Surface Laptop didn't launch without a slight controversy -- but it was about software, not hardware. You may or may not recall that Microsoft briefly dabbled with a Windows 10 variant called Windows 10 S. It was a slightly more locked-down version of Windows 10 that only allowed app installs from the Windows Store and only let users browse the web with Microsoft Edge. To some extent, it was meant to be a competitor to Chrome OS, which had found great success in the education market by 2017.

But consumers seemed more willing to accept the limitations of Chrome OS given how much inexpensive Chrome hardware was available. The Surface Laptop, on the other hand, started at $999, making it a harder sell for education-focused buyers. Initially, Microsoft offered free upgrades to Windows 10 Pro, but said it would charge $50 for upgrades starting in 2018.

Fortunately, Microsoft quickly realized the error of its ways and started shipping the Surface Laptop with the full Windows 10 Pro experience, The company still offers a streamlined "S" mode for Windows, but for the most part Windows 10 S is a blip in Microsoft's long and winding operating system history.

That's good news, because there's almost nothing else to complain about with the Surface Laptop, which was upgraded last fall. Sure, it could use a USB-C port for charging and connectivity, but that's basically one quibble. There are other laptops that are cheaper, or thinner and lighters, or more powerful. But it's not often we come across a computer that truly checks all the boxes for almost anyone who might be considering it.

In this article: gear, microsoft, personal computing, personalcomputing, surface, surface laptop, tech history, this week in
All products recommended by Engadget are selected by our editorial team, independent of our parent company. Some of our stories include affiliate links. If you buy something through one of these links, we may earn an affiliate commission.