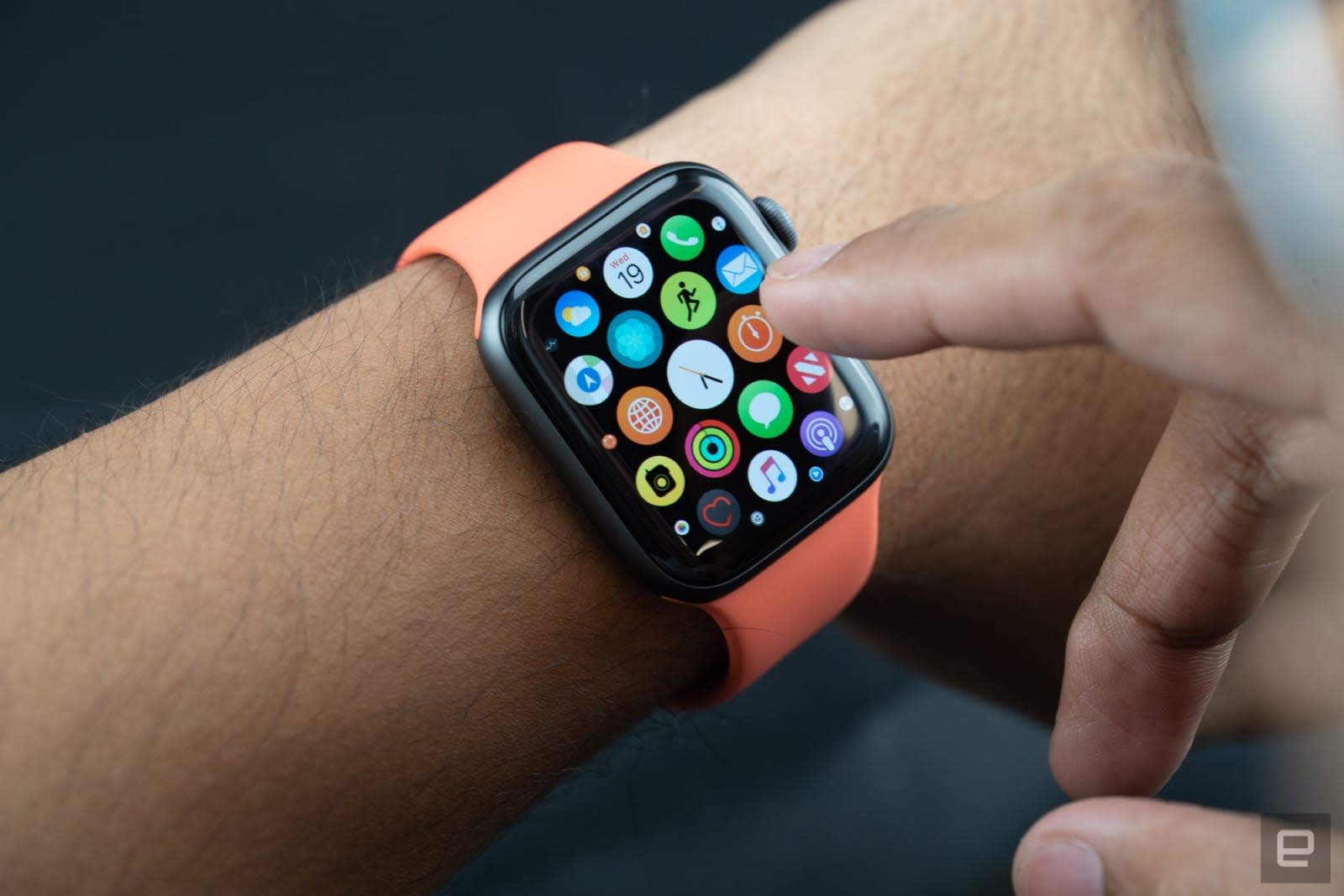 It's no secret that Apple has plenty of software updates in store for WWDC, but the biggest improvements may come to one of its smallest devices -- namely, the Apple Watch. Bloomberg sources claim to know many of the software introductions planned for the June developer event, and watchOS would receive major updates that make it considerably less dependent on an iPhone. To start, the Apple Watch would get an on-device App Store -- like Google Play on Wear OS, you wouldn't have to load apps on your smartphone first.

You'd also see a deluge of new apps. Health mavens would have access to Cycles for menstrual cycles, and Dose for pill reminders. An Apple Books app would audiobooks on your wrist, while Voice Memos would allow quick note-to-self moments. And yes, there would finally be a native calculator. These wouldn't be great news for third-party app developers who've filled these gaps until now (Flo, Round and Calcbot are some of the affected titles), but they would help newcomers get started that much sooner.

Many of the other rumored updates have slipped out before in some form, such as iOS' dark mode, an iPad-as-second-Mac-screen feature and macOS' dedicated apps for music and podcasts. However, there are still a few notable tidbits. iOS 13 could include a SwiftKey-style swipe option for the keyboard, iMessage profiles, a "revamped" Health app with hearing elements, a system-level Sleep Mode and more advanced versions of Maps and Reminders that better compete with their rivals. That Apple Music app would be a native Mac app, not just a quick port of the iOS version. Oh, and the HomePod would finally support multiple users -- you wouldn't have to worry about someone else accessing your calendar or messing with your music history.

These features are only likely to be available in beta form at or shortly after WWDC. If history is any indication, you aren't likely to see finished versions until September. They're still promising, though, even if there don't appear to be major interface changes. And this isn't including the possibility of hardware news, such as the long-in-the-making Mac Pro redesign and a 6K monitor. All told, the 2019 conference could be one of the busier gatherings in recent memory.

In this article: apple, apple watch, gear, ios, ios 13, ipad, iphone, mac, macos, mobile, personal computing, personalcomputing, smartwatch, tvos, watchos, watchos 6, wearable, wearables, wwdc, wwdc2019
All products recommended by Engadget are selected by our editorial team, independent of our parent company. Some of our stories include affiliate links. If you buy something through one of these links, we may earn an affiliate commission.