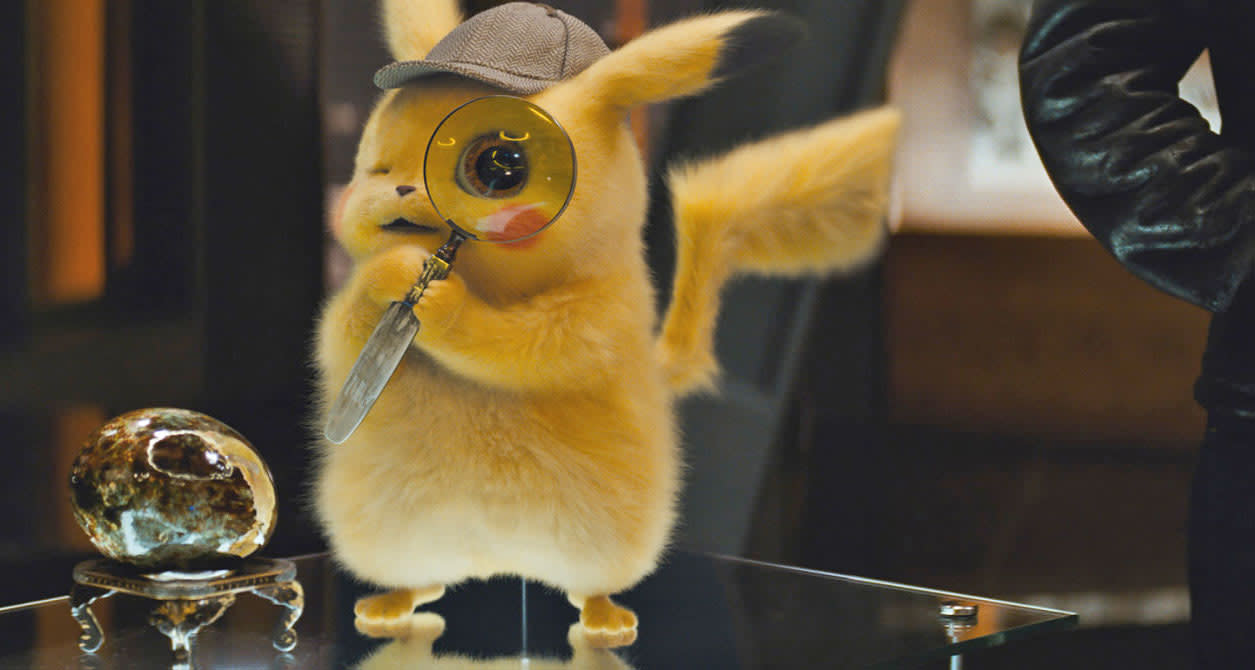 Pokémon used brand synergy. It's super effective! To celebrate Detective Pikachu hitting theaters on May 10th, Pokémon Go is getting a heap of new content. From May 7th to May 17th, players of the popular mobile game will find themselves encountering Pokémon featured in the film, having a chance to participate in special Raid Battles and Field Research events and collecting limited edition items for their avatars.

Starting tomorrow, Pokémon Go players will notice all sorts of little nods to big screen adventure, including a photobombing Pikachu who will appear in Go's Snapshot mode. He'll pop up in his detective hat, ready to pose in your pictures. Trainers will also find themselves running into Pokémon who appear in Detective Pikachu with more frequency. Bulbasaur, Jigglypuff, Psyduck, and Snubbull, among others, will all pop up regularly. Trainers will also have a shot to capture a Shiny Aipom.

Over the course of the 10 day period, special Raid Battles and Field Research tasks will be unlocked. Field Research events are single-player occurrences playable each day at PokéStops, while Raid Battles encourage Pokémon Go trainers to work together in groups of up to 20 to defeat bosses who appear at Gym locations. If you're more into aesthetic than time-sensitive showdowns, new avatar items -- including a detective hat with Pikachu ears -- will also be available.

In this article: av, detective pikachu, entertainment, gaming, mobile, Pokémon Go, Pokemon Go
All products recommended by Engadget are selected by our editorial team, independent of our parent company. Some of our stories include affiliate links. If you buy something through one of these links, we may earn an affiliate commission.