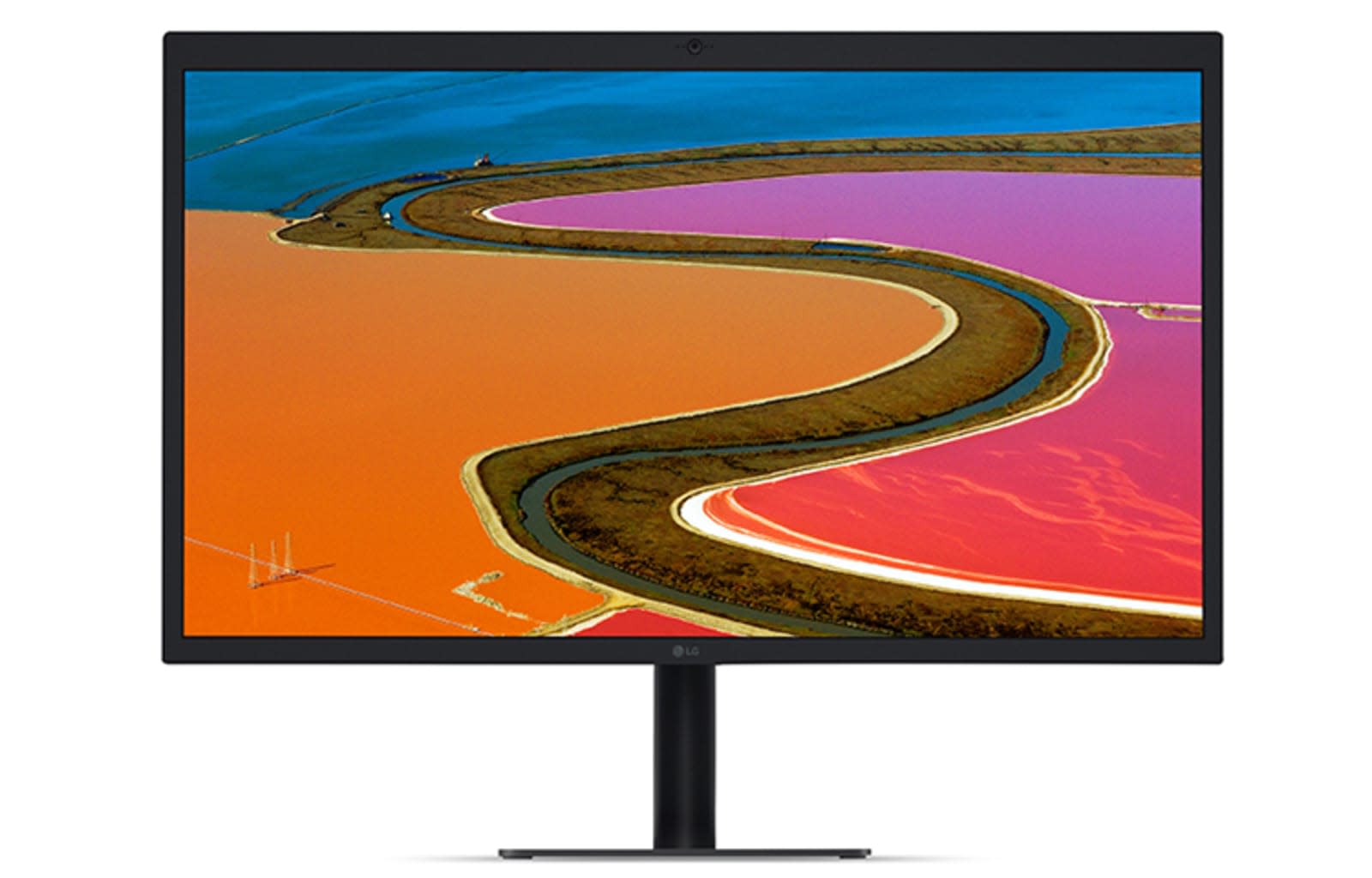 It looks like Apple has unceremoniously dropped another third-party display option from its online store. 9to5Mac noticed the LG UltraFine 5K display appears to be no longer available for purchase from Apple. This comes just a few weeks after Apple stopped selling the 4K model of the monitor. The apparent removal of the LG's offerings come as Apple is reportedly working on its owns 6K display that is rumored to be released later this year.

Apple has been out of the standalone display game since 2016 when it discontinued its Thunderbolt display. Instead, the company opted to partner with LG to create two new UltraFine displays, which were intended to be Apple's go-to option for external monitors. Unfortunately, the displays were plagued with performance issues, including being essentially unusable if placed next to a WiFi router. Since rumors of Apple once again making its own display have started to percolate, the company quietly began distancing itself from the LG monitors it helped to create.

It's possible that the LG UltraFine 5K display will once again be available through Apple's online store. The listing for the product is still live, though it's not possible to order it at the moment. The stock of the product has been spotty in recent months, and AppleInsider reported the display has been "unavailable for pickup" in some markets for months. LG's displays are still available from other sellers, but it seems like Apple is just about done with the partnership.

In this article: 5k, apple, apple store, business, display, displays, gadgetry, gadgets, gear, lg, lg ultrafine
All products recommended by Engadget are selected by our editorial team, independent of our parent company. Some of our stories include affiliate links. If you buy something through one of these links, we may earn an affiliate commission.