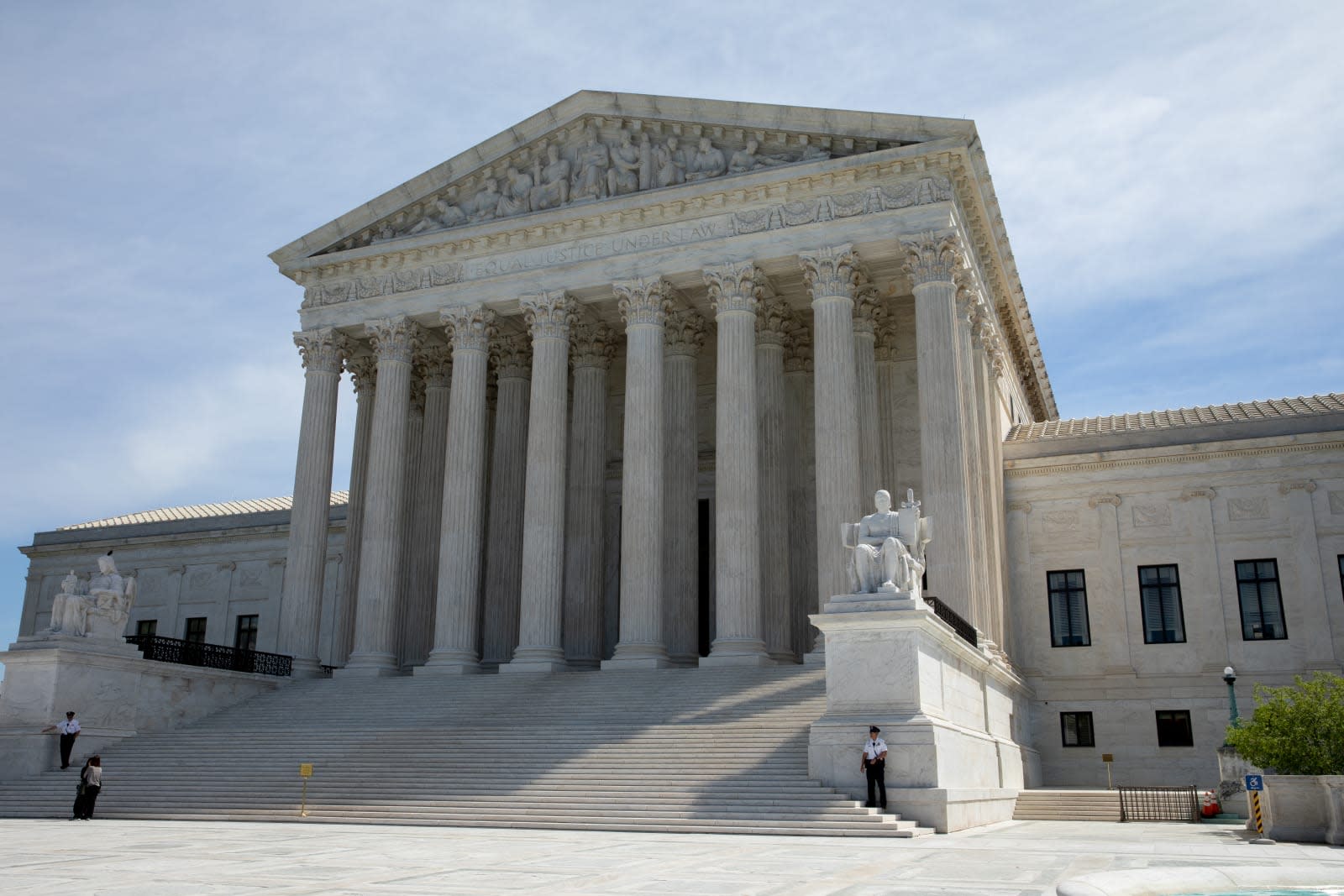 The Supreme Court has ruled against Apple in a long-standing case over price fixing in the App Store, in a decision that allows iPhone owners to proceed with a lawsuit against the company. The court heard arguments in the case in November, and the decision was expected sometime this spring.

The plaintiffs claim Apple has a monopoly over iOS app distribution, which it uses unfairly to pass along its 30 percent cut of app sales to consumers. Apple claimed it was a middleman for app distribution, and that developers set the price. Since developers are the ones who pay Apple's commission, and not consumers, only they should be able to file a lawsuit on the issue, the company said.

The case hinged on the question of whether people who buy iOS apps do so directly from Apple. Following a 1977 decision on the case of Illinois Brick Co. v. Illinois, only direct purchasers of products can file federal antitrust lawsuits.

Those behind the suit say that because payments go to Apple directly, and not the developers, consumers have a direct relationship with the company, and as such that makes this an antitrust case. They also claim that if consumers had other options for apps beyond the App Store, they'd pay less for them, while Apple would be under "considerable pressure" to lower its "pure profit" commission rate.

The court ruled 5-4 against Apple, with Justice Brett Kavanaugh authoring the opinion. "Apple's line-drawing does not make a lot of sense, other than as a way to gerrymander Apple out of this and similar lawsuits," he wrote.

The court agreed with the plaintiffs' assertion that people who buy apps from the App Store are doing so directly from Apple, and as such they aren't prohibited "from suing Apple under the antitrust laws." However, at this stage, the court doesn't "assess the merits of the plaintiffs' antitrust claims against Apple, nor [does it] consider any other defenses Apple might have."

It's unclear when the lawsuit will go to trial (if Apple doesn't settle first), as it's in its early stages. However, Apple could be on the hook for hundreds of millions of dollars in penalties. It may also be forced to reduce its 30 percent commission on app sales or allow consumers to access rival app marketplaces. Engadget has reached out to Apple for comment.

Update 5/13/19 4:55PM ET: Apple released a statement this afternoon stating that "the App Store is not a monopoly by any metric." The company's full statement is below:

"Today's decision means plaintiffs can proceed with their case in District court. We're confident we will prevail when the facts are presented and that the App Store is not a monopoly by any metric.

We're proud to have created the safest, most secure and trusted platform for customers and a great business opportunity for all developers around the world. Developers set the price they want to charge for their app and Apple has no role in that. The vast majority of apps on the App Store are free and Apple gets nothing from them. The only instance where Apple shares in revenue is if the developer chooses to sell digital services through the App Store.

Developers have a number of platforms to choose from to deliver their software – from other apps stores, to Smart TVs to gaming consoles – and we work hard every day to make sure our store is the best, safest, and most competitive in the world."

In this article: app store, apple, appstore, gear, lawsuit, politics, price fixing, pricefixing, supreme court, supremecourt
All products recommended by Engadget are selected by our editorial team, independent of our parent company. Some of our stories include affiliate links. If you buy something through one of these links, we may earn an affiliate commission.