Soundtrap for Storytellers is Spotify's latest play for podcasters

It's a collaborative, cloud-based production suite for $14.99 a month.

Spotify has been snatching up companies left and right. One of the odder acquisitions was Soundtrap, an online music production tool. It just didn't really seem to fit with the rest of the company's moves. With Soundtrap for Storytellers, though, things are finally starting to come into focus. It's taken its audio editing and cloud-based collaborative chops, and used them to build something specifically for podcasters. Which, obviously, is something Spotify has become quite obsessed with. See: its recent purchases of Gimlet, Parcast and Anchor.

If you've used Soundtrap before, or any DAW (digital audio workstation) for that matter, the "for Storytellers" version should seem familiar. But even if you haven't, don't worry: It's clean and intuitive. There's a timeline along the top, along with a couple of pre-populated tracks for recording audio from your microphones. What makes the service unique, though, are various conveniences and features catering directly to would-be podcasters. For one, there's a dedicated preset effects chain for podcast vocals. And your episodes are mastered on Soundtrap's servers with an EQ, compressor and limiter tailored for podcasts. Of course, if you want to do the mastering yourself, you can always download the individual audio files and do the final mix using your audio editor of choice.

More importantly, there's a built-in video chat feature that lets you dial in a guest and easily record their vocals. Often, in order to remotely record guests, podcast hosts have to resort to third-party apps that record Skype sessions. That or synchronized local Audacity sessions. During a demo hosted by Soundtrap this worked flawlessly. Unfortunately, in my own testing this remote interview feature was often a little messy. Often all I captured was a high-pitched distorted approximation of a human voice. That being said, we were testing a beta version of the service; hopefully the company irons out some of the bugs in the final version.

Perhaps the most exciting thing for many podcasters will be the transcription tool. With just the push of a button, Soundtrap will automatically turn your recorded vocals into a document that's editable right from the DAW. But, more impressively, you can actually use the transcript to edit the audio. For example, you can remove an unnecessary digression simply by deleting the text. Or you can rearrange a conversation by cutting and pasting the text -- which will in turn cut and paste the audio. The UI is a little rough around the edges; it can be tough to tell when you're just editing the text of the transcript, but not the audio. Selecting multiple lines of dialog can be finicky, too. But when it works, it's pretty exciting. 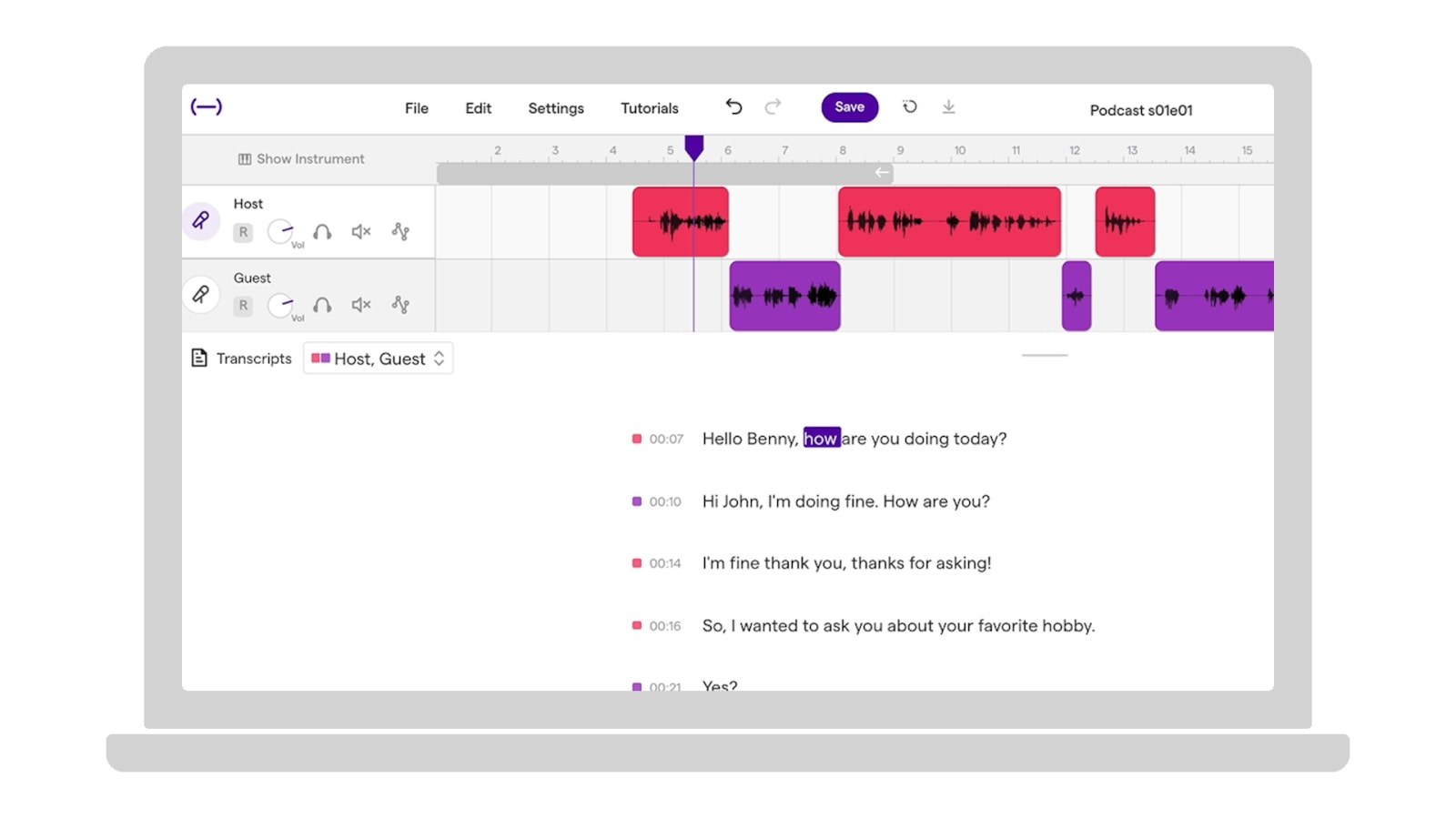 There's also a built-in tool for managing shows and episodes and publishing them directly to Spotify. (Of course.) And there's a library of musical loops and sound effects built in that you can use to spice up your podcast. As you'd expect, you can also easily drag and drop any audio from your PC right to the Soundtrap window if you want to use your own theme music.