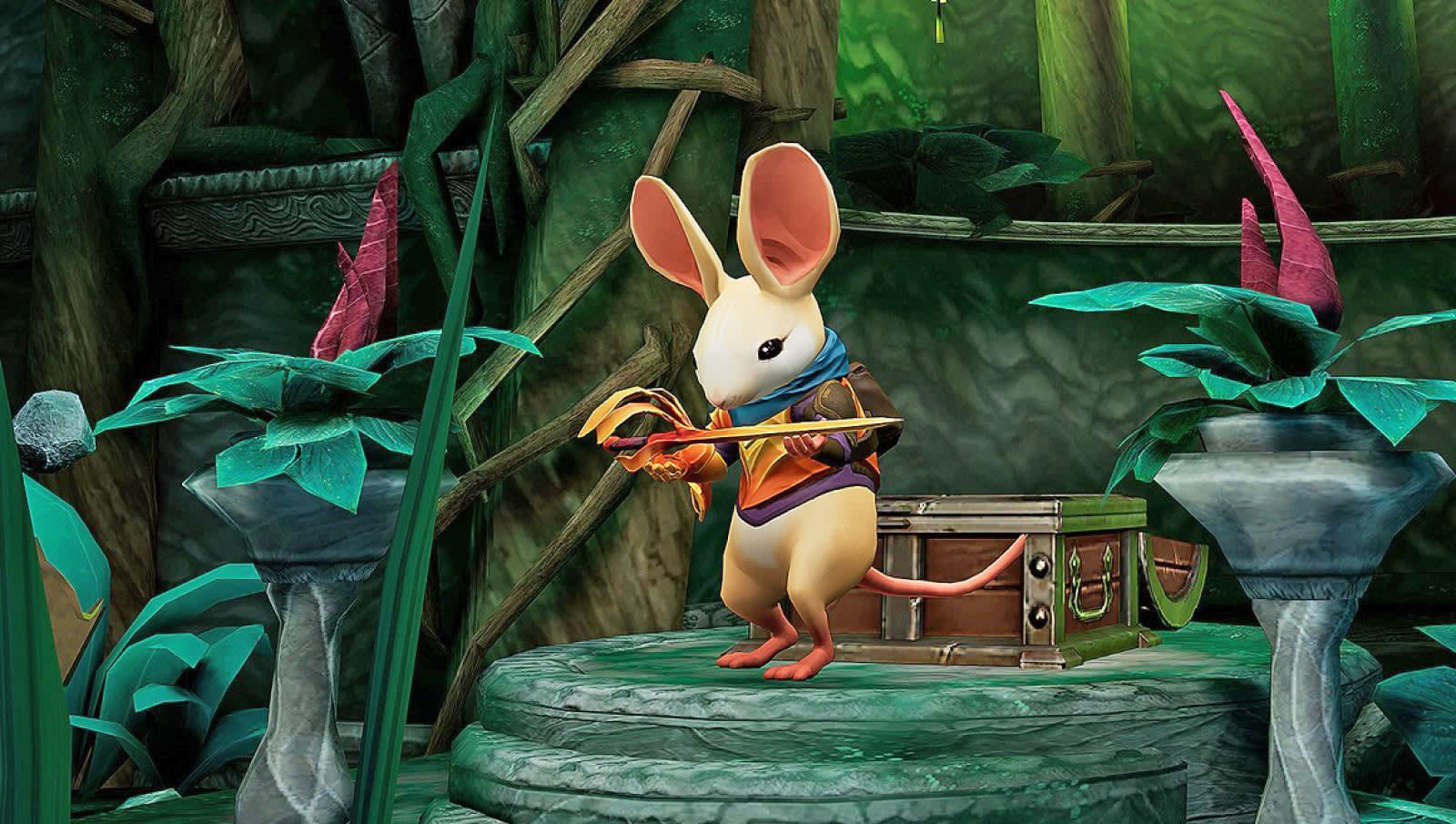 To celebrate the release of wireless VR headset Oculus Quest, Polyarc is releasing new content for Moss, the adorable puzzle adventure that's made waves on the VR gaming landscape. Our swashbuckling mouse heroine Quill will now be able to explore the Twilight Garden, a new chapter that unveils vast new chambers, a fresh realm of puzzles, unknown enemies and unique weaponry. The Twilight Garden, along with the rest of Moss, will be available for Oculus Quest when the headset launches on May 21st. Players on other platforms, including PlayStation VR, Oculus Rift/S, HTC Vive and Windows MR will get the update for free in June.

In this article: adventure, av, game, gaming, Moss, Oculus Quest, Polyarc, puzzle, Quill, virtual reality, VR, wearables
All products recommended by Engadget are selected by our editorial team, independent of our parent company. Some of our stories include affiliate links. If you buy something through one of these links, we may earn an affiliate commission.