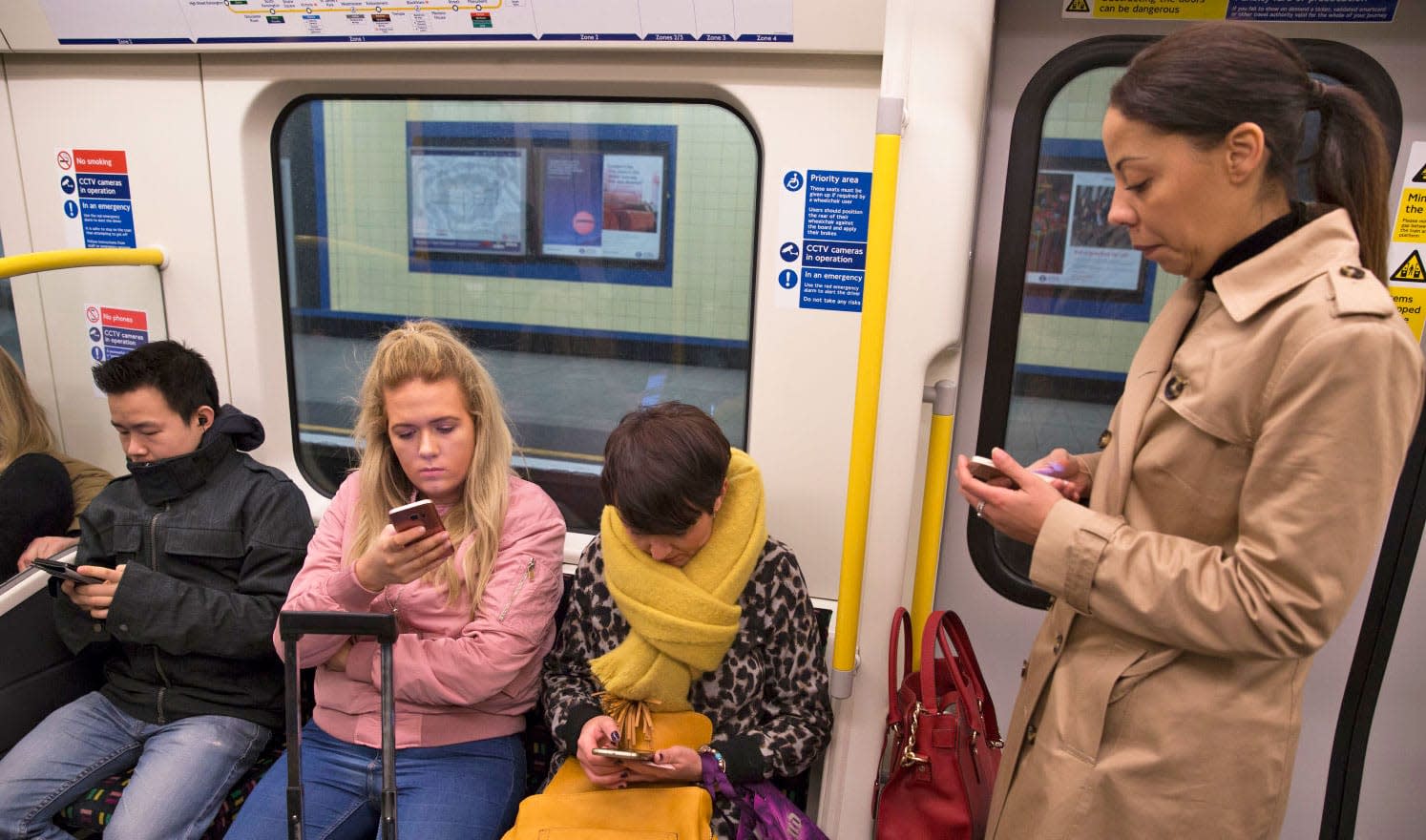 Transport for London, the UK capital's transit authority, will start collecting data on how people move around the Underground system by tracking phones and other connected devices using its extensive WiFi network. The agency's systems will depersonalize the data automatically and won't pick up any browsing or historical information from the devices. The data should offer sturdier details on how people move around the Tube system and even within stations, which will help the agency with long-term planning and providing effective updates to travelers.

The data collection will start on July 8th and, from later this year, TfL will start using the data to offer travelers improved alerts about delays and when a station or platform is overcrowded. It's also possible commuters could find out how busy a train is before it arrives at a station, so they can hang back if there's little chance of them getting on to allow other people to move around more easily. Third-party apps that tap into TfL data, such as Google Maps and CityMapper, will be able to offer updates about delays and congestions using this data too.

TfL should also have better insights on which parts of the network are busier, and how to prioritize infrastructure investments and plan timetables. It'll also be able to better understand the alternative routes people take when there's a problem on a line or a station is closed. Before this system (and a trial of it that took place in 2016) all the agency had to really go on was how people enter and exit the system with contactless payments.

The agency says "individual customer data will never be shared and customers will not be personally identified," while it will store the depersonalized data for two years. The data may also be used for advertising purposes, including for placement of ads within stations, and TfL potentially charging advertisers more to hawk their products in busier areas where people stay for longer.

While TfL seems to be taking reasonable measures to ensure your privacy remains intact, you won't exactly have the option of checking a box to opt out. Instead, you'll need to turn off your WiFi or switch on airplane mode while using the Tube. That's because TfL will be tracking devices using MAC addresses, a unique identifier on all WiFi-enabled products -- it'll keep pinging devices with WiFi switched on even if you don't connect to the network. The agency plans to obfuscate MAC addresses using tokenization. That, in theory, means the collected data can't be tied back to individuals.

In this article: gear, internet, london underground, londonunderground, mobile, phone tracking, phonetracking, public transit, publictransit, tfl, tracking, transit, transport for london, transportation, transportforlondon, wifi
All products recommended by Engadget are selected by our editorial team, independent of our parent company. Some of our stories include affiliate links. If you buy something through one of these links, we may earn an affiliate commission.