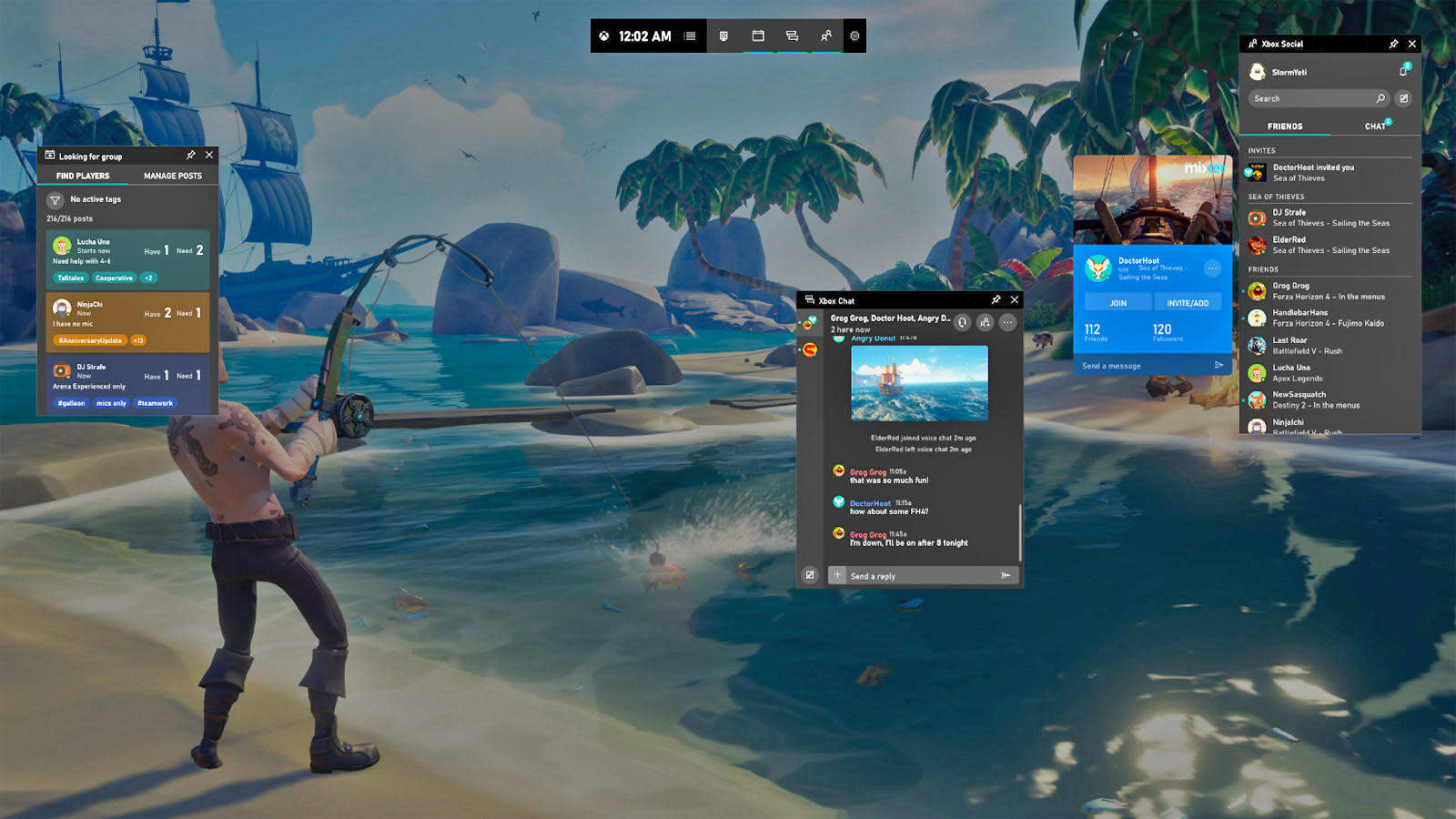 Windows 10's May 2019 Update includes one more notable feature: an overlay made just for gamers. Microsoft has detailed an Xbox Game Bar that provides quick access to controls and social features while you're playing. Invoke the Win-G keyboard shortcut and you can chat with Xbox friends (regardless of what platform they're using), look for groups, control Spotify tunes, capture media and livestream on Mixer. You can also customize the interface to provide quick access to those features you use the most.

The feature is young, and won't work with every game in full-screen mode. Titles based on the close-to-the-metal Vulkan graphics standard might need to run in a window before the Xbox bar displays. Microsoft acknowledged that the tool is in the "early stages," though, and is receptive to feedback that could improve the experience.

The Xbox Game Bar isn't likely there just for convenience. Microsoft is very cloud-focused these days, and recently expanded Xbox Live's reach to include mobile devices. The overlay could give you more reasons to stick to Microsoft's ecosystem and, eventually, sign up for its game streaming service. In that light, this is partly a challenge to Steam.

In this article: games, gaming, internet, microsoft, overlay, personal computing, personalcomputing, video games, windows, windows 10, xbox, xbox game bar
All products recommended by Engadget are selected by our editorial team, independent of our parent company. Some of our stories include affiliate links. If you buy something through one of these links, we may earn an affiliate commission.