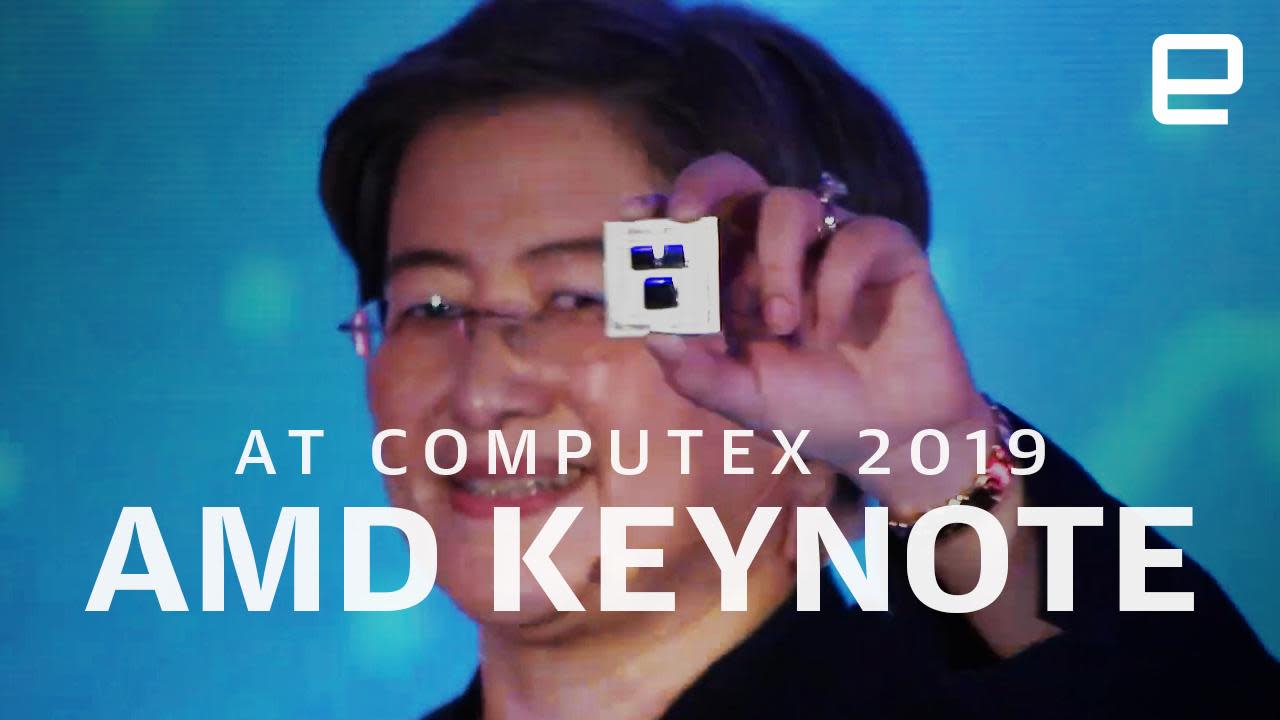 Computex has kicked off in Taipei today, so probably before you were even awake, AMD revealed its ambitious new CPU and GPU hardware additions. It's going after NVIDIA's middle-weight RTX 2070 graphics with the Radeon RX 5700. Not only will it be the first 7nm consumer video cards out there, the series will also tout PCIe 4.0 and GDDR6 memory support, ensuring the cards won't be irrelevant a year or two down the road. Meanwhile, AMD's third-gen Ryzen 9 CPU is a 12-core beast that's priced to shake up Intel's dominance, striking a strong balance between power efficiency, performance, and sheer bang for your buck. Want specific numbers? We've got them for you.

In this article: amd, Computex2019, gaming, gear, navi, personal computing, personalcomputing, radeon, ryzen
All products recommended by Engadget are selected by our editorial team, independent of our parent company. Some of our stories include affiliate links. If you buy something through one of these links, we may earn an affiliate commission.