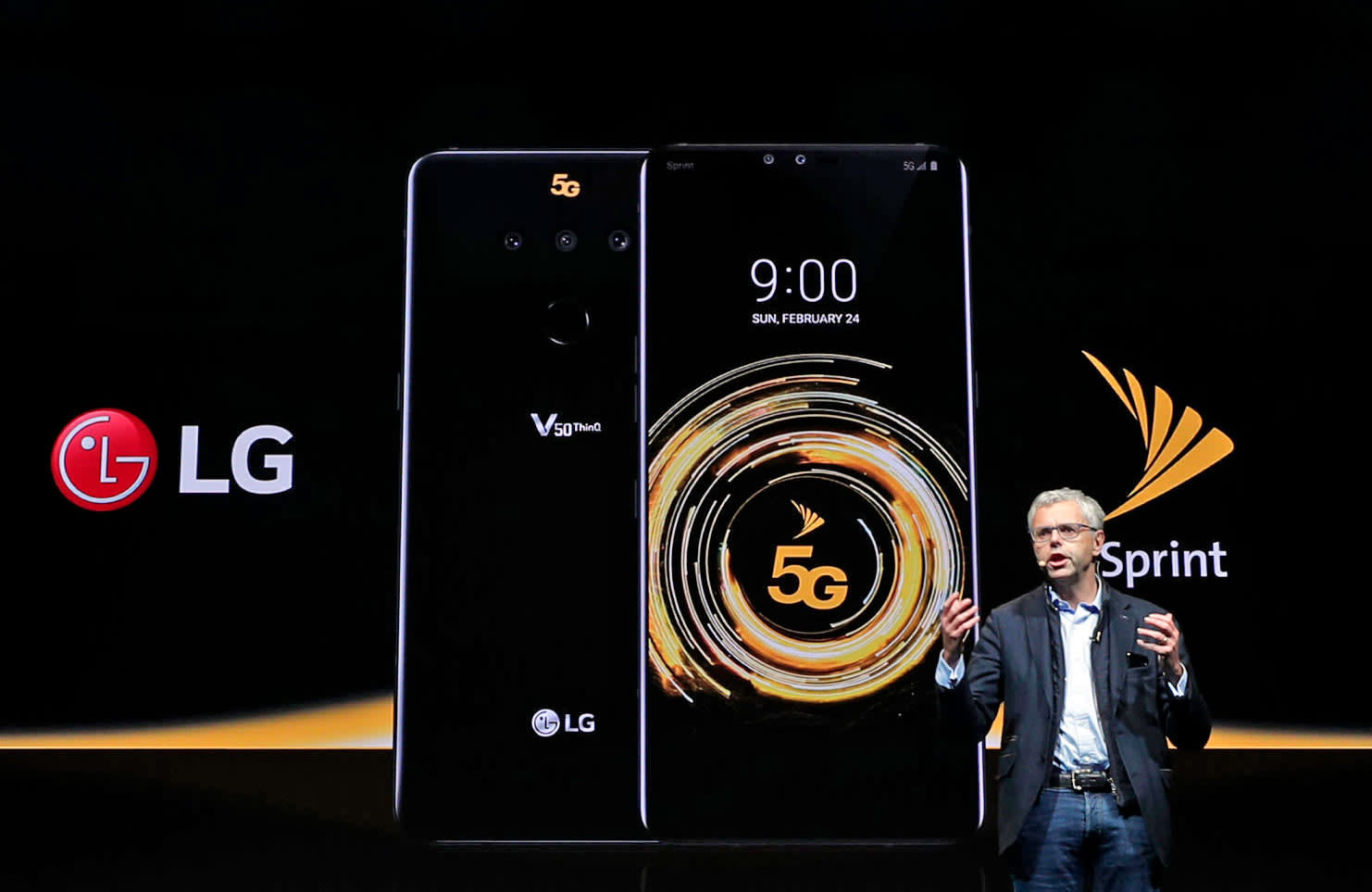 Make that three big US carriers that have hopped aboard the 5G bandwagon -- Sprint has launched its 5G service in parts of Atlanta, Dallas-Fort Worth, Houston and Kansas City. You'll need to wait until May 31st to buy the LG V50 ThinQ or HTC 5G Hub to take advantage of those speeds, but the experience might be better than for some rivals when Sprint is boasting of the biggest "initial" 5G coverage to date.

Service should expand in the "coming weeks" to include parts of Chicago, Los Angeles, New York City, Phoenix and Washington, DC. You can also expect the Galaxy S10 5G to arrive sometime in the summer.

As with deployments at other carriers, there are going to be plenty of caveats. Coverage is still likely to be spotty, especially indoors where high-frequency 5G often can't penetrate. And whatever you think of the first 5G devices, it remains true that your options will expand significantly in the months ahead. Early 5G service is still focused primarily on bragging rights, and it could take a long while before it's as polished as LTE.

The rollout leaves just one major US carrier left without 5G: Sprint's would-be partner, T-Mobile. It's expected to debut faster service in the second half of the year. Provided that happens in a timely fashion, though, it could be just a matter of months before it's a question of which 5G network suits your needs, rather than whether you have a 5G option in the first place.

In this article: 5g, 5g hub, carrier, gear, htc, HTC 5G Hub, mobile, sprint, thebuyersguide, v50 thinq, verizon, wireless
All products recommended by Engadget are selected by our editorial team, independent of our parent company. Some of our stories include affiliate links. If you buy something through one of these links, we may earn an affiliate commission.