The uncomfortable future of dual-screen PCs.

If this week's Computex is anything to go by, the laptop industry is sharpening its ax in order to kill the keyboard. It won't happen overnight, but in the pursuit of thinner and lighter bodies, the mechanical, physical input will have to go. If, like me, you think that typing on screens will never be as accurate, or as fast, as hitting real keys, then it's not great news.

The pitfalls of an all-screen laptop are the same as using a tablet as your primary machine for work. You'll need to pack a wireless keyboard (more clutter in your bag) and remember to keep it charged (more clutter in your mind). Soon after, Logitech or some other company will crank out a case to fix the issue, but you'll spend an extra $150 for something you used to take for granted.

Let's start with HP's Omen X 2S and ASUS' ZenBook Pro Duo. Both have secondary displays in the laptop's base that push the keyboard down towards the lower edge. If the trend continues, those screens will get bigger, and the physical keys will get progressively smaller and less useful until they're pushed off altogether.

Intel likes to show off how it plans to guide the PC industry with concept devices it lets other manufacturers build, and at the show, the company displayed a machine, code-named Honeycomb Glacier. The prototype laptop had an articulated display that pushed the keyboard to the edge of the body, taking away the palm rest, making typing less comfortable.

Meanwhile, Intel's other prototype, Twin Rivers, did away with the keyboard altogether, since the company is pushing the device for casual consumption. It has a low-power CPU, stylus and, of course, an external keyboard. In that example, the slender keyboard actually sits between the two halves and, wrapped in cloth, apparently won't fall out. But that's a shame because the prototype, at least, had sticky keys with almost no travel, much like a number of Bluetooth keyboards.

And it's not as if there aren't keyboard-free models already available to buy; although, they're still in a small niche. Lenovo's Yoga Book and C930 have keyboard-free devices on store shelves, and the company has a folding screen ThinkPad in the works for 2020. ASUS's ZenBook Pro Duo, too, is a step on the road to its goal of making Project Precog a reality.

The problem is that touchscreen keyboards still aren't as good as real ones. These companies must know that because these devices are always shown with wireless keyboards alongside them, and if manufacturers had any faith in their ability to craft a good software input interface, they wouldn't be so quick to have the real thing around.

That is unless these keyboards are being kept around purely to pacify people like me, raised on real keys. If all goes to plan, these input anachronisms will be discarded by the smartphone and voice computing generations that follow. 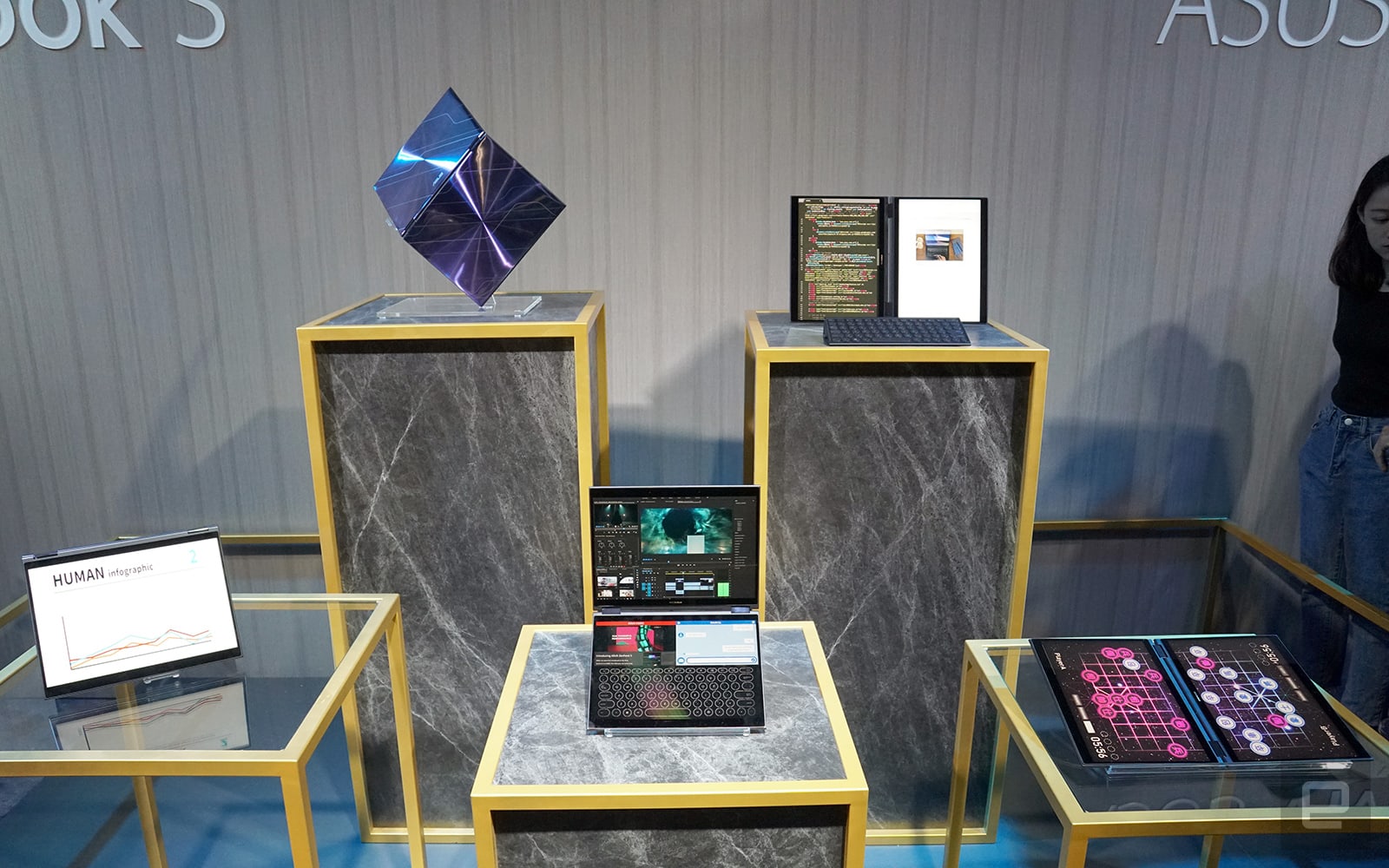 And if manufacturers do succeed in killing the keyboard, we're in for a lot of pain as we look for alternatives. The real beneficiary will be the accessory makers, who'll make a fortune in the same way the audio market got a boost in the post-iPod world. In the absence of half-decent headphones bundled with our phones, companies like Beats became billion-dollar enterprises.

The same thing happened to the iPad, which was sold on the promise that its digital keyboard was decent enough to type on (it wasn't). Shortly after, we saw a raft of accessory makers churning out wireless keyboards and cases to turn them into something like a laptop. And, ironically, in both cases, Apple chose to eat those markets whole, buying Beats, launching the AirPods and selling iPad (Pro) keyboards for $150 a pop.

Part of my concern is selfish, since I need a keyboard to work and am far more productive when touching real keys. More than that, I feel some companies are trying to rob us of essential components as a way of wringing more money out of us. The loss of the headphone jack may have been in a quest to make phones thinner and lighter, but it also pushed a lot of us into buying new Bluetooth headphones. You could say a similar thing about the disappearance of USB-A ports.

Killing the keyboard will be an expensive move in the short term, given the cost of touchscreens, but for some, it's apparently worth it. But how much thinner and lighter do we need our laptops to be if it comes at the expense of comfort and usability? I don't recall finding it that easy to type with my wrists digging into the edge of a table or desk, no matter the location. Will my arms suddenly adjust to the shallower angle of attack, or will I just have to start toting around a mechanical keyboard wherever I go?

All products recommended by Engadget are selected by our editorial team, independent of our parent company. Some of our stories include affiliate links. If you buy something through one of these links, we may earn an affiliate commission. All prices are correct at the time of publishing.
You can pry my keyboard from my cold, dead hands
Computex
Computex2019
editorial
gear
intel
Keyboards
Laptops
personal computing
personalcomputing
Twin Rivers