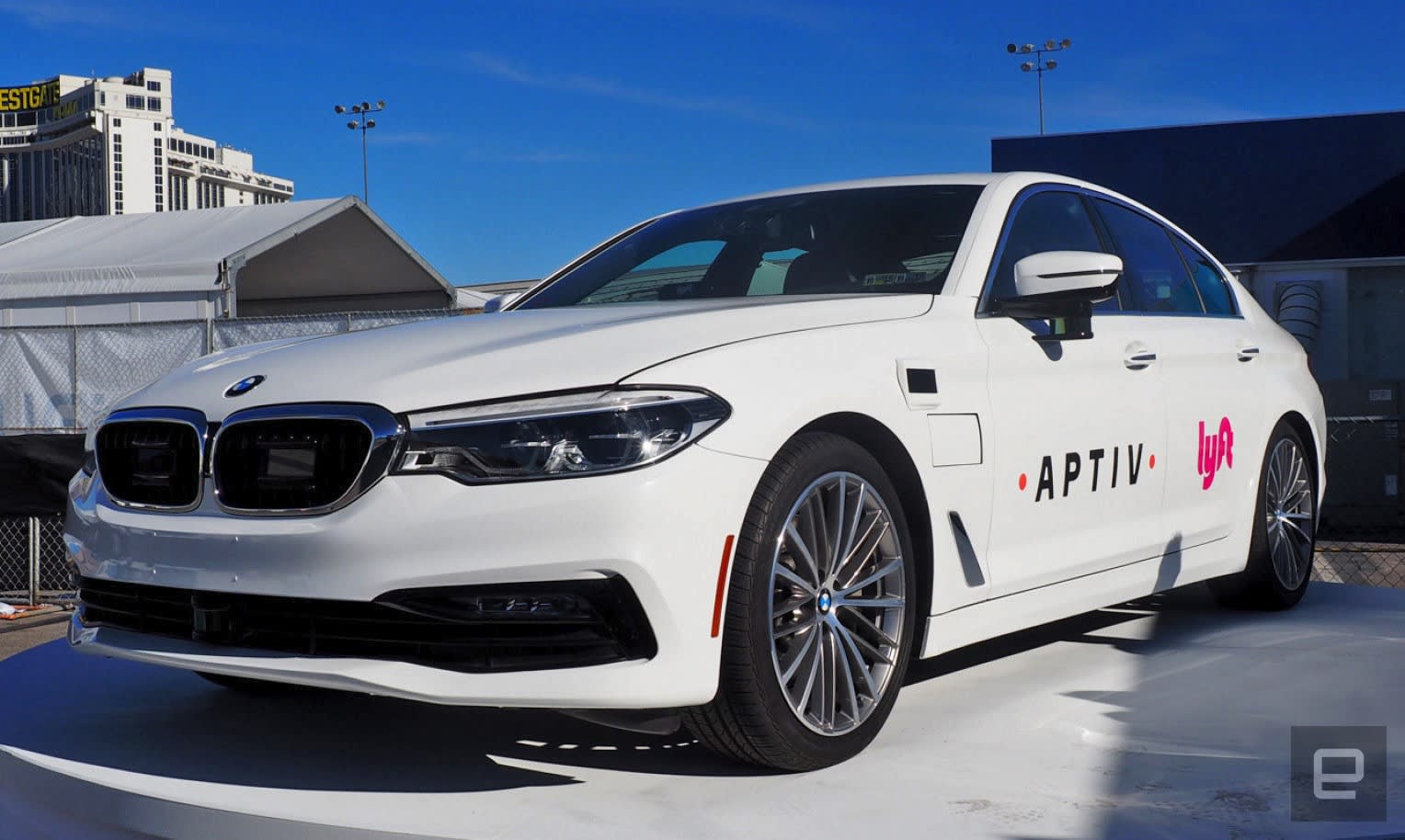 One year ago, Lyft launched its self-driving ride service in Las Vegas. Today, the company announced its 30-vehicle fleet has made 55,000 trips. That makes it the largest commercial program of its kind in the US. Unsurprisingly, Lyft says it's thrilled. "So far, we've been very pleased with what we've heard from our passengers taking a self-driving ride with us in Las Vegas," the company wrote in a blog post.

Last August, about four months after Lyft and its partner Aptiv dropped the autonomous vehicles in Vegas, they hit 5,000 rides. According to the company, the average ride rating remains high, 4.97 out of 5 stars. Reportedly, 92 percent of riders felt very or extremely safe during the trip. It might help that program still relies on a backup driver in case the system fails. Though, it's unclear how often the trips require human intervention.

Compared to Lyft's overall ridership, 55,000 trips is a drop in the bucket. The company passed the million riders per day mark in 2017, and it later cleared the one billionth ride milestone. While Lyft may have the advantage of a head start and a clean record, Uber recently infused its self-driving car unit with a significant cash investment. It's not yet clear if Waymo will prove to be a competitor or a collaborator, as the Alphabet company is expanding but will also partner with Lyft to pick up riders in Phoenix. Either way, the fact that Lyft and Aptiv have made it one year and 55,000 trips proves that the self-driving service has staying power.

In this article: aptiv, autonomous vehicles, las vegas, lyft, ridesharing, self-driving, tomorrow, transportation
All products recommended by Engadget are selected by our editorial team, independent of our parent company. Some of our stories include affiliate links. If you buy something through one of these links, we may earn an affiliate commission.