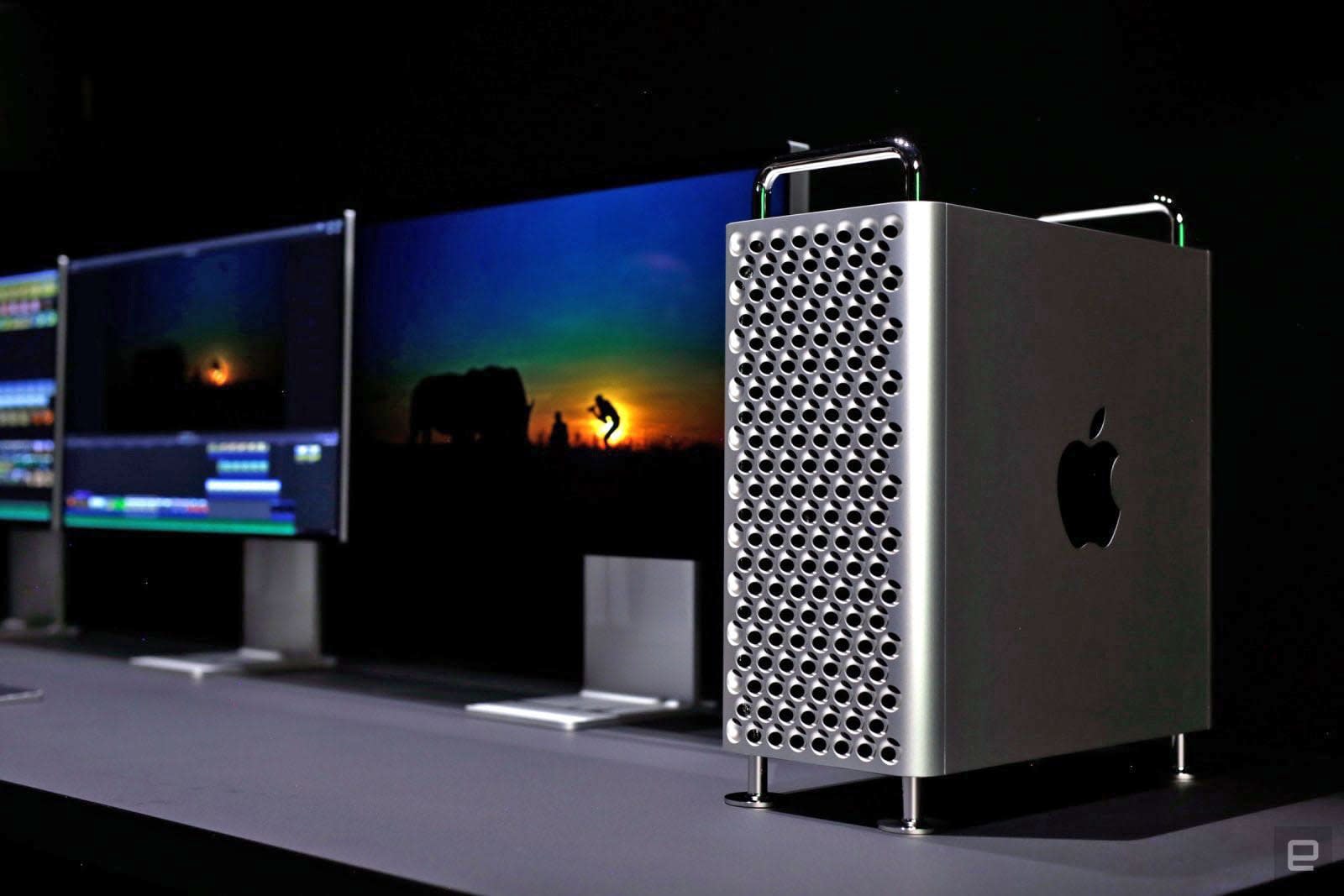 Apple's revamped Mac Pro isn't just a showcase for the company's industrial design chops -- it also marks the introduction of new AMD graphics technology. The new system will use the Radeon Pro Vega II, a GPU that's built on the 7-nanometer architecture of the Radeon VII (sorry, no Navi yet) with a workstation focus. The base processing power isn't that much different with up to 14 TFLOPS of single-precision computing power, but the memory is another matter. The Pro Vega II touts a whopping 32GB of high-bandwidth HBM2 RAM to handle demanding tasks like 8K video editing or running two 6K displays.

The GPU is also defined by how well it works in groups. Infinity Fabric Link tech offers a speedy (84GB/s) connection with other GPUs. You can spring for a Radeon Pro Vega II Duo that stuffs two GPUs into one enclosure, and the Mac Pro supports two of those. If you absolutely need as much graphical grunt as possible, this might fit the bill. There's also an "all-new" PCIe connector that enables both 500W of power capacity in addition to integrating Thunderbolt 3 connectors.

AMD hasn't outlined pricing, although that's not shocking when the Mac Pro won't be ready until the fall. You can expect it to cost much more than the $699 Radeon VII, at least. When there's twice as much memory, Infinity Fabric support and Mac Pro-specific customization, the Pro Vega II is aimed squarely at creatives who can justify spending lavish amounts on GPUs. Whatever they pay up front might pay for itself through faster turnaround times on their projects.

In this article: apple, gear, gpu, graphics, graphics card, mac pro, personal computing, personalcomputing, radeon pro vega ii, radeon vii, video card, wwdc2019
All products recommended by Engadget are selected by our editorial team, independent of our parent company. Some of our stories include affiliate links. If you buy something through one of these links, we may earn an affiliate commission.