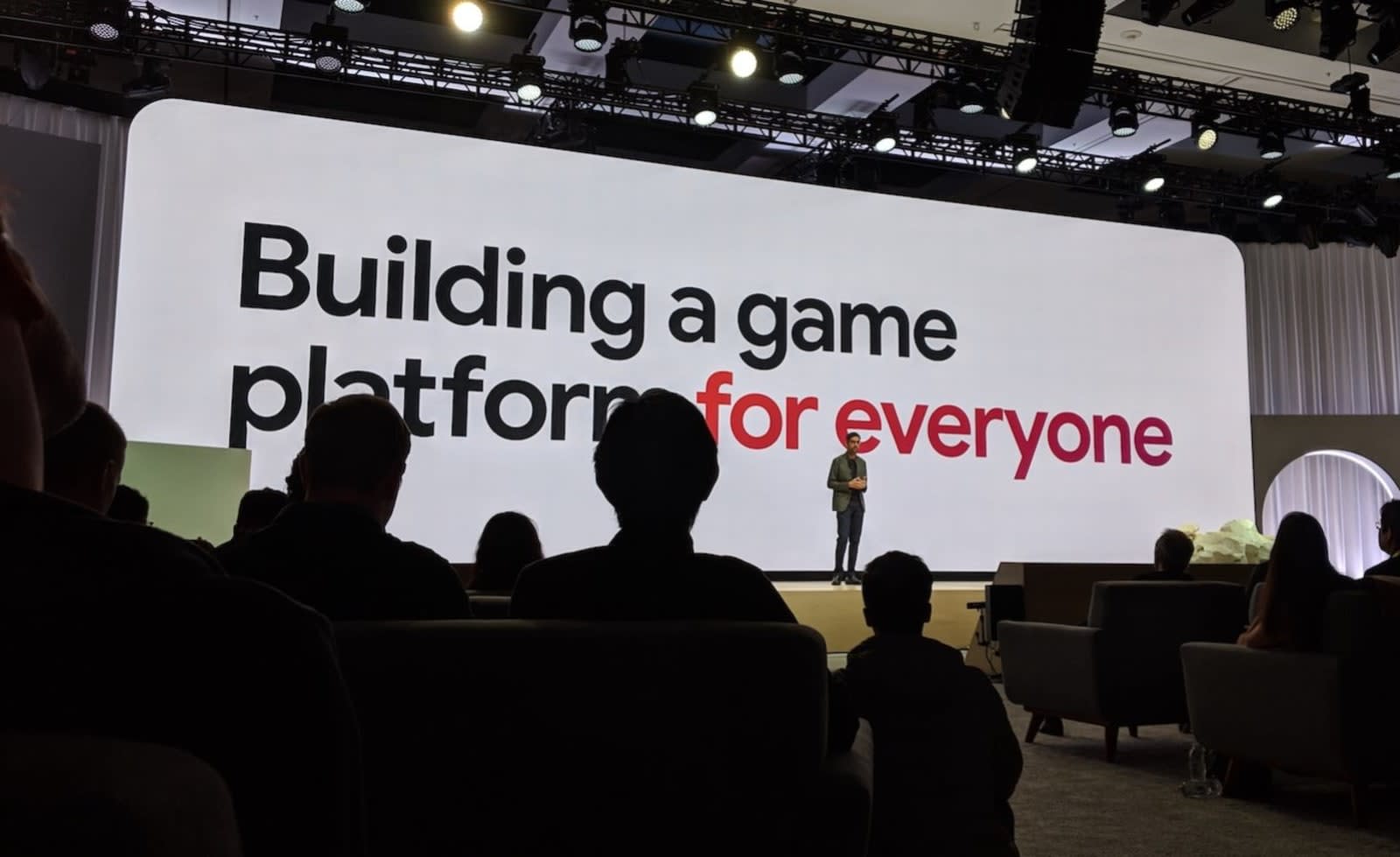 With Stadia, Google's is promising a robust, low-latency video game streaming system, but it's kept a few crucial details under wraps -- like when it'll launch, how much it'll cost, and which games it'll support. These answers are coming in a Google live stream on Thursday, June 6th, at 12PM ET.

Google announced the live stream in a tweet today, complete with a link to the YouTube page where it'll all go down. The description under the video reads, "Some news can't wait for E3." Of course, E3 is the Entertainment Software Association's annual, prominent trade show, and it kicks off on June 11th.

Tune into the first ever #StadiaConnect this Thursday 6/6 at 9AM PT for exciting announcements, games, and more https://t.co/dKmKakQeQp pic.twitter.com/mZRagFGh4k

Stadia is the first true competitor in the contemporary game-streaming market. Companies including Microsoft and NVIDIA are also building cloud-gaming systems, but they're not quite ready for prime time. Google, meanwhile, says Stadia will stream games to the Chrome browser on any device at 4K, with HDR, and up to 60fps. Plus, the company says it will let folks share actual games through links and via YouTube embeds -- and these experiences will load in less than five seconds.

Other companies have made grandiose game-streaming promises in the past, only to fizzle out in the actual execution. Google Stadia head Phil Harrison told Engadget earlier this year that the time is right for streaming because the infrastructure is finally ready.

"Google's been making investments in the fundamental fabric of the internet, the networking within our data centers, the way our data centers are connected, for 20 years," he said. "We've been a hardware company in the data center for longer than we've been a hardware company in Google Home or phones. That gives us some performance advantages in terms of the way the data reaches the ISP and how that data gets to you in your home. That allows us to deliver a very, very high-quality experience."

We'll find out when players will get a chance to test out these promises on Thursday.

In this article: av, game streaming, gaming, google, internet, personal computing, personalcomputing, stadia, streaming
All products recommended by Engadget are selected by our editorial team, independent of our parent company. Some of our stories include affiliate links. If you buy something through one of these links, we may earn an affiliate commission.