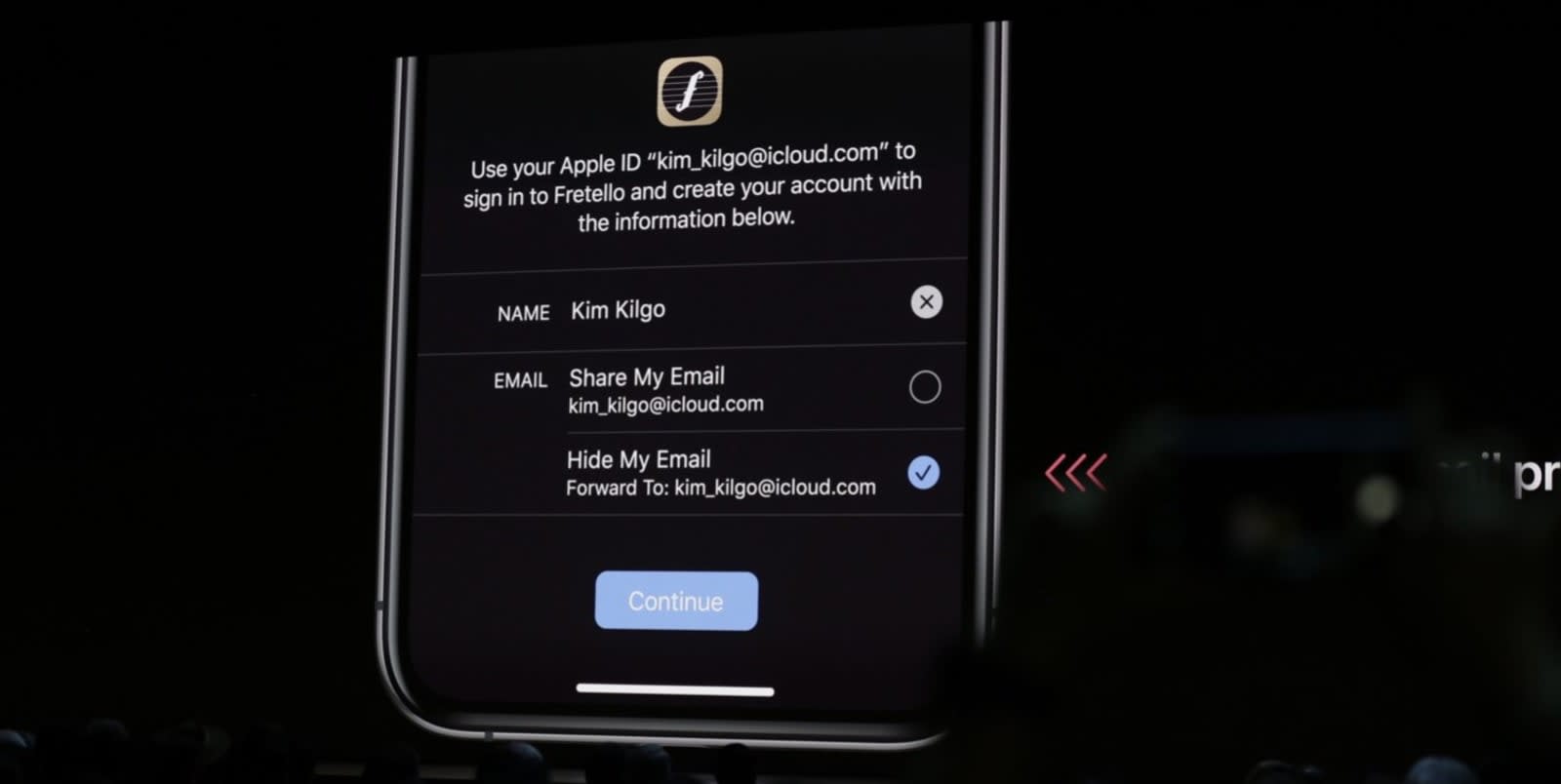 At WWDC Apple continued to position itself as separate from tech rivals like Google and Facebook on the issue of privacy, unveiling a new "Sign-in with Apple" feature that hides your identity even from developers. So, given the value of collecting information about their users, why would any developer actually include the option in their app? Because they have to, according to the company's refreshed guidelines.

Sign In with Apple will be available for beta testing this summer. It will be required as an option for users in apps that support third-party sign-in when it is commercially available later this year.

At least, if it offers third-party sign-ins as an option (read: Google or Facebook authentication), then it has to include Apple's privacy-focused setup too. These are the same guidelines that now further restrict data collection on apps meant for kids, and they don't stop there.

There are several new or updated guidelines highlighting some familiar privacy pain points, like VPNs and the use of MDM (remember Facebook's Onavo / Research dustups?), or apps that compile information from public databases without the user's consent. VPN and MDM apps "may not sell, use, or disclose to third parties any data for any purpose," while the ban on apps that scrape information could have far reaching implications.

Rumblings about antitrust investigations make this an interesting time for Apple to use its marketing dominance so clearly, but there are also arguments that these moves are necessary to protect customers from companies using private information in ways they didn't consent to and don't understand.

In this article: apple, business, gear, internet, WWDC2019
All products recommended by Engadget are selected by our editorial team, independent of our parent company. Some of our stories include affiliate links. If you buy something through one of these links, we may earn an affiliate commission.