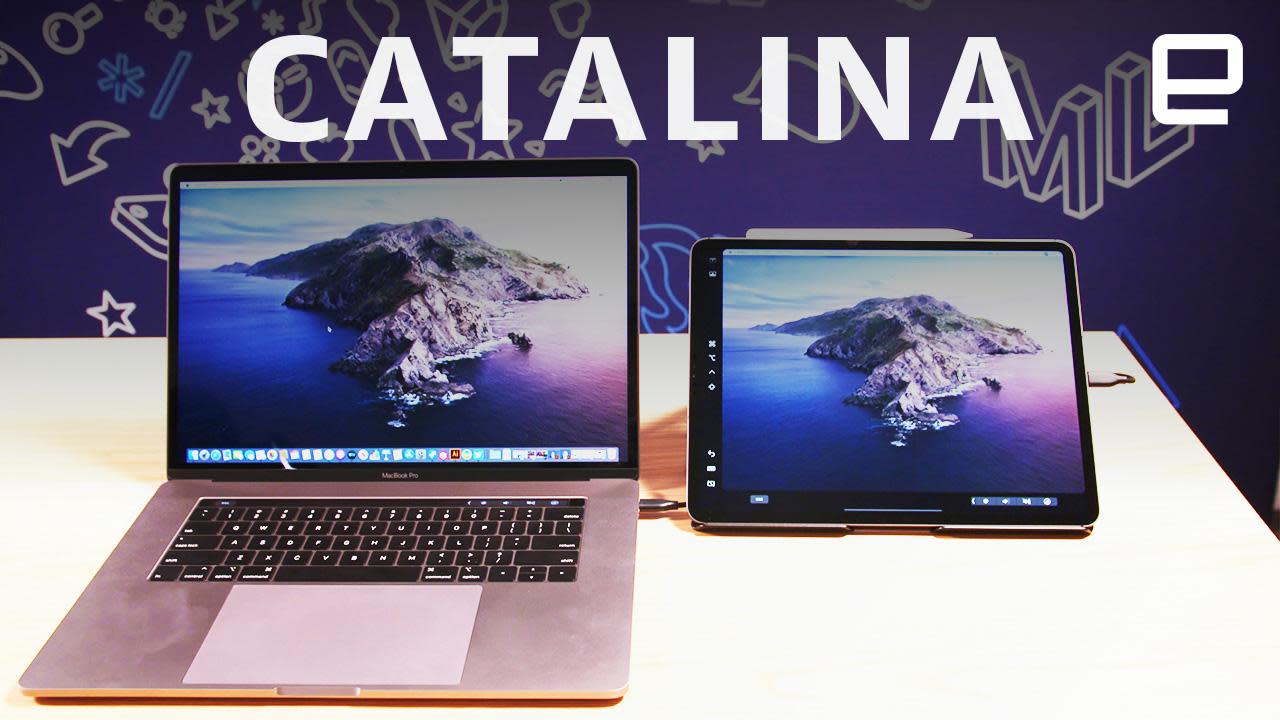 After Apple wrapped its WWDC keynote today, the developers went to coding sessions and the press, well, mostly showed themselves out. As it happens, we later had a chance to see most of the new software in action in private demos. First, an important caveat: These demos were guided and hands-off, meaning we haven't yet had a chance to install the software on our own devices and use it as our daily driver. But, until these platforms launch in beta this summer, it's helpful to have had a chance to see these OSes in use, outside of what turned out to be a packed, fast-moving keynote. When Apple is demoing software on stage, you can easily blink and miss a mention of a new feature, or totally miss how it actually works.

In the video above, we take a look at macOS Catalina and three of its more notable features: Sidecar (for using an iPad as a secondary display); Project Catalyst (allowing developers to easily port over iOS apps to the Mac); and Voice Control, allowing people with limited mobility to fully navigate the operating system with voice commands. Obviously, we'll be back this summer with a preview of the beta, followed by a full review of the complete and final software in the fall. For now, enjoy the extra visuals and when you're done, check out our similar treatment of iOS 13 and the "new" (i.e., renamed) iPadOS.

In this article: apple, catalina, gear, macos, MacOS Catalina, personal computing, personalcomputing, video, wwdc2019
All products recommended by Engadget are selected by our editorial team, independent of our parent company. Some of our stories include affiliate links. If you buy something through one of these links, we may earn an affiliate commission.