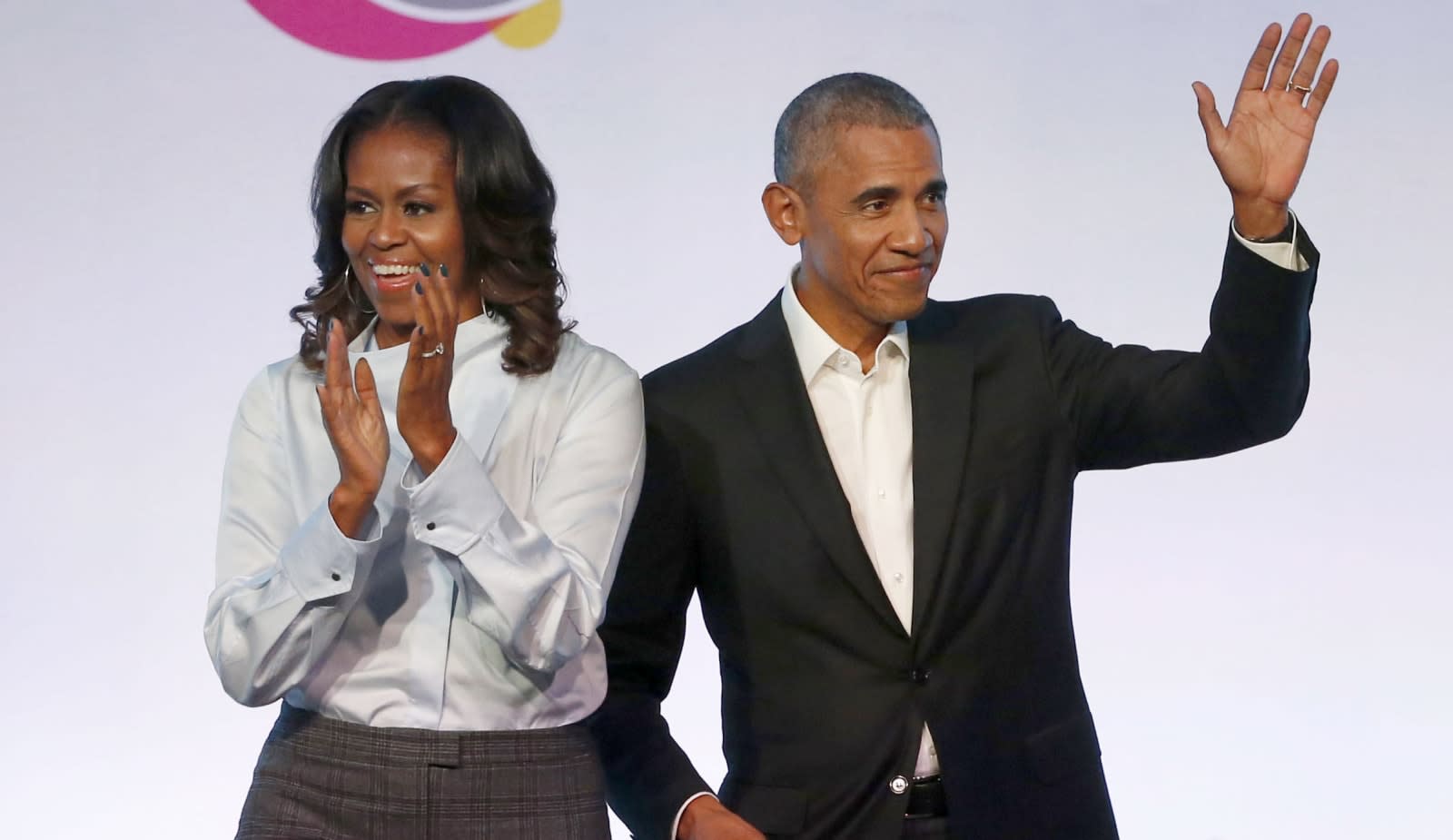 If it wasn't already clear by now, Spotify is betting big on podcasting and it's landed another huge catch with its latest deal. Higher Ground, President Barack Obama and Michelle Obama's production company, will create exclusive podcasts for the streaming platform. Both Obamas will appear on some of the shows.

Under the multiyear deal, the Obamas will develop and produce podcasts across a number of topics with a new division of their company called Higher Ground Audio. "We're thrilled to have the opportunity to amplify voices that are too often ignored or silenced altogether, and through Spotify, we can share those stories with the world," Michelle Obama said in a statement.

"We've always believed in the value of entertaining, thought-provoking conversation," said President Obama. "It helps us build connections with each other and open ourselves up to new ideas. We're excited about Higher Ground Audio because podcasts offer an extraordinary opportunity to foster productive dialogue, make people smile and make people think, and, hopefully, bring us all a little closer together."

Spotify recently bought major podcast producer Gimlet Media as well as podcast creation platform Anchor. It's also testing curated podcast playlists. Meanwhile, the deal marks another major partnership for the Obamas with a new media company. Higher Ground revealed its first slate of shows for Netflix in April. But they're not the first presidential family to step into podcasting -- Bill and Chelsea Clinton debuted a show last month called Why Am I Telling You This?

In this article: av, barack obama, barackobama, entertainment, higher ground, higherground, michelle obama, michelleobama, obamas, podcast, podcasting, spotify
All products recommended by Engadget are selected by our editorial team, independent of our parent company. Some of our stories include affiliate links. If you buy something through one of these links, we may earn an affiliate commission.