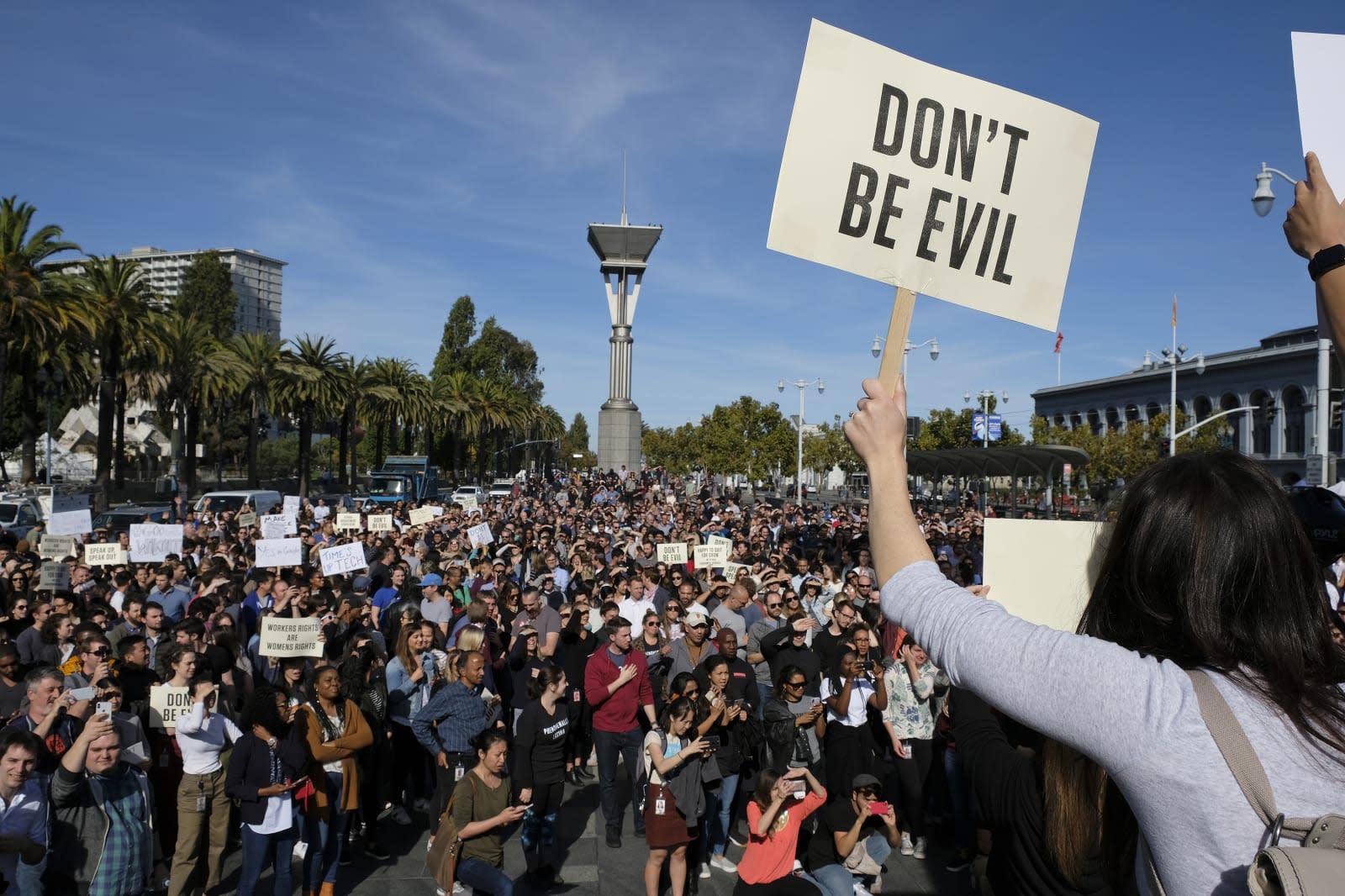 One of the leading organizers of last year's mass walkout of Google employees protesting the company's handling of sexual harassment cases has left the company, according to The Guardian. Claire Stapleton, a marketing manager who spent 12 years at Google and YouTube, resigned over alleged retaliation carried out against her by the company.

The Guardian reported Stapleton told her co-workers she had branded by her department "with a kind of scarlet letter that makes it difficult to do my job or find another one." She determined that there was no where else for her to go within the company and believed that she and others were actively being targeted for retaliation over their roles in the Google Walkout. She believes the treatment and the alleged attempt to push her out of the company were designed to dissuade other employees from taking similar actions.

"We thank Claire for her work at Google and wish her all the best, a spokesperson for Google told Engadget. "To reiterate, we don't tolerate retaliation. Our employee relations team did a thorough investigation of her claims and found no evidence of retaliation. They found that Claire's management team supported her contributions to our workplace, including awarding her their team Culture Award for her role in the Walkout."

Earlier this year, Stapleton said that she was demoted within the company and was at one point told to go on medical leave enough though she wasn't sick. According to her account, she hired a lawyer to challenge the demotion and Google eventually relented and reversed the decision, reinstating her in her previous role. Stapleton and another Google employee, Meredith Whittaker, recounted stories of apparent retaliation against them at a town hall meeting earlier this year.

In this article: business, gear, google, google walkout, organizers, politics, protest, punishment, retaliation, walkout
All products recommended by Engadget are selected by our editorial team, independent of our parent company. Some of our stories include affiliate links. If you buy something through one of these links, we may earn an affiliate commission.