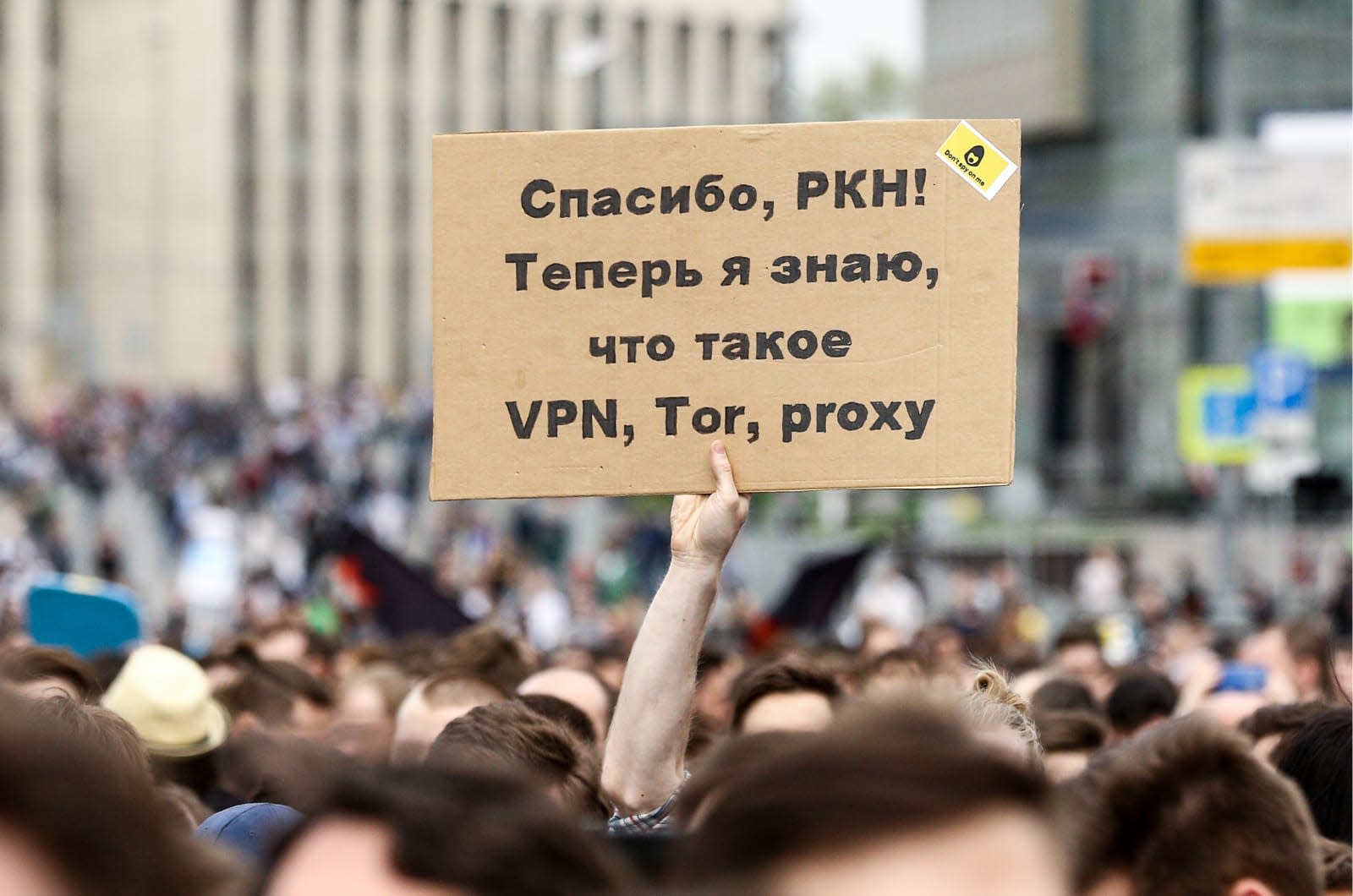 Russia's hatred for censorship-dodging VPNs is well-known, and it's now prepared to follow through on its warnings. Telecoms oversight chief Alexander Zharov told Interfax that he expected to block nine major VPNs, including ExpressVPN and NordVPN, for refusing to connect to a national blacklist that would prevent people from accessing sites through their tunneling services. He expected that the crackdown could take place within a month.

The country had asked ten companies to link to the blacklist, but only one, Kaspersky, had agreed to comply (it's a Russia-based provider and thus could face more consequences). The others, though, not only refused the demand but publicly stated that they would resist. NordVPN said the censorship would violate service agreements with customers, for example.

You could see this coming. Russian President Vladimir Putin recently signed a bill that would tighten control of local internet users and isolate the country, and that's on top of existing measures that limit access to VPNs and the web at large. Still, it's not great news for Russians who want to see the full internet. They'll have to turn to smaller VPN providers that aren't subject to blocks, and there's no guarantee those options will last much longer.

In this article: censorship, gear, internet, politics, Roscomnadzor, russia, vpn
All products recommended by Engadget are selected by our editorial team, independent of our parent company. Some of our stories include affiliate links. If you buy something through one of these links, we may earn an affiliate commission.