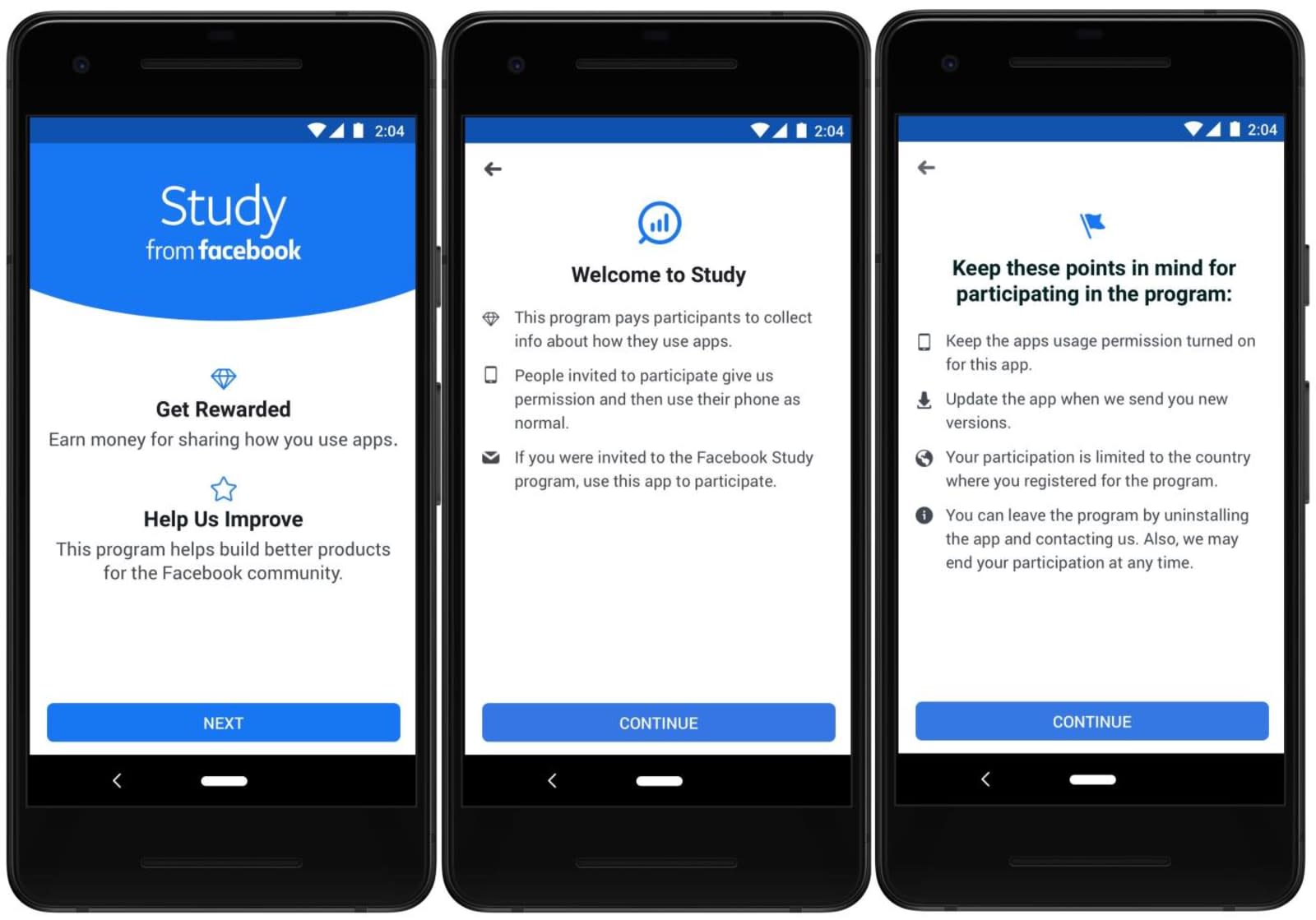 Facebook is launching a new market research app to gather data from users' phones. The company wants to know which apps users have installed, the amount of time they spend on those apps and users' device and network types. In exchange, users will be compensated with an undisclosed amount of money. As you may remember, earlier this year, Facebook met criticism for secretly paying teenagers for access to their data. This appears to be the company's attempt at a new and improved market research app.

Facebook will run ads to attract participants to the Study from Facebook app. When someone clicks on the ad, they can apply to register. If they qualify, they'll be able to download the app from the Google Play Store -- it's not currently available in the App Store. Facebook promises transparency and says it will explain how the app works and what information it collects. All users must be 18 or older, and they'll be able to opt out at any time. Anyone who participates will be compensated, though Facebook hasn't released the specific details on how or how much. It previously offered research participants $20-per-month in gift cards.

The news does raise a few red flags, given Facebook's recent privacy scandals. Though, the company says it will keep participants information safe and secure. It's no surprise that the new Study from Facebook app is only available in the Google Play Store, as its last pay-for-data iOS app was removed from the App Store in January. And that wasn't the first time Facebook got in trouble for violating App Store rules in the name of market research. Time will tell if the new app faces similar scrutiny.

In this article: android, app, business, compensation, data, facebook, gear, google play store, internet, market research, mobile, privacy, research, security, study from facebook
All products recommended by Engadget are selected by our editorial team, independent of our parent company. Some of our stories include affiliate links. If you buy something through one of these links, we may earn an affiliate commission.