Xbox needs cloud gaming to work. Microsoft has been pushing the industry toward a digital-first, streaming future since 2013 -- years before players or infrastructure were remotely ready for the idea. It makes sense: Microsoft is uniquely positioned as a gigantic technology company with deep roots in gaming, and they're able to leverage vast resources and expertise in AI, server infrastructure, hardware and software to set standards of gameplay-delivery systems.

Google has caught on and it's speeding up the game-streaming revolution with Stadia, an ambitious service that promises to run any game on any device at up to 4K and 60fps, with plans to eventually hit 8K streams. Stadia goes live in November.

Microsoft is taking things slower. It pushed streaming too hard at the outset of this console generation and it set them back, helping the PlayStation 4 outsell the Xbox One by a factor of two. Today, Microsoft is purposefully testing its own streaming service, xCloud, starting with a beta of the local, console-streaming component in October.

Players may now be ready for streaming, but the infrastructure is still catching up.

"We're not coming in and trying to tell people to stop doing what they were doing before and to adopt streaming today as the only way that they should play," Xbox head Phil Spencer told Engadget after stepping off the stage at E3. There, he unveiled Project Scarlett, the next Xbox console, scheduled to launch for the holidays in 2020. Scarlett will support 8K (even though no games currently do), 120fps, SSD storage and real-time ray tracing, a staple of the coming generation. 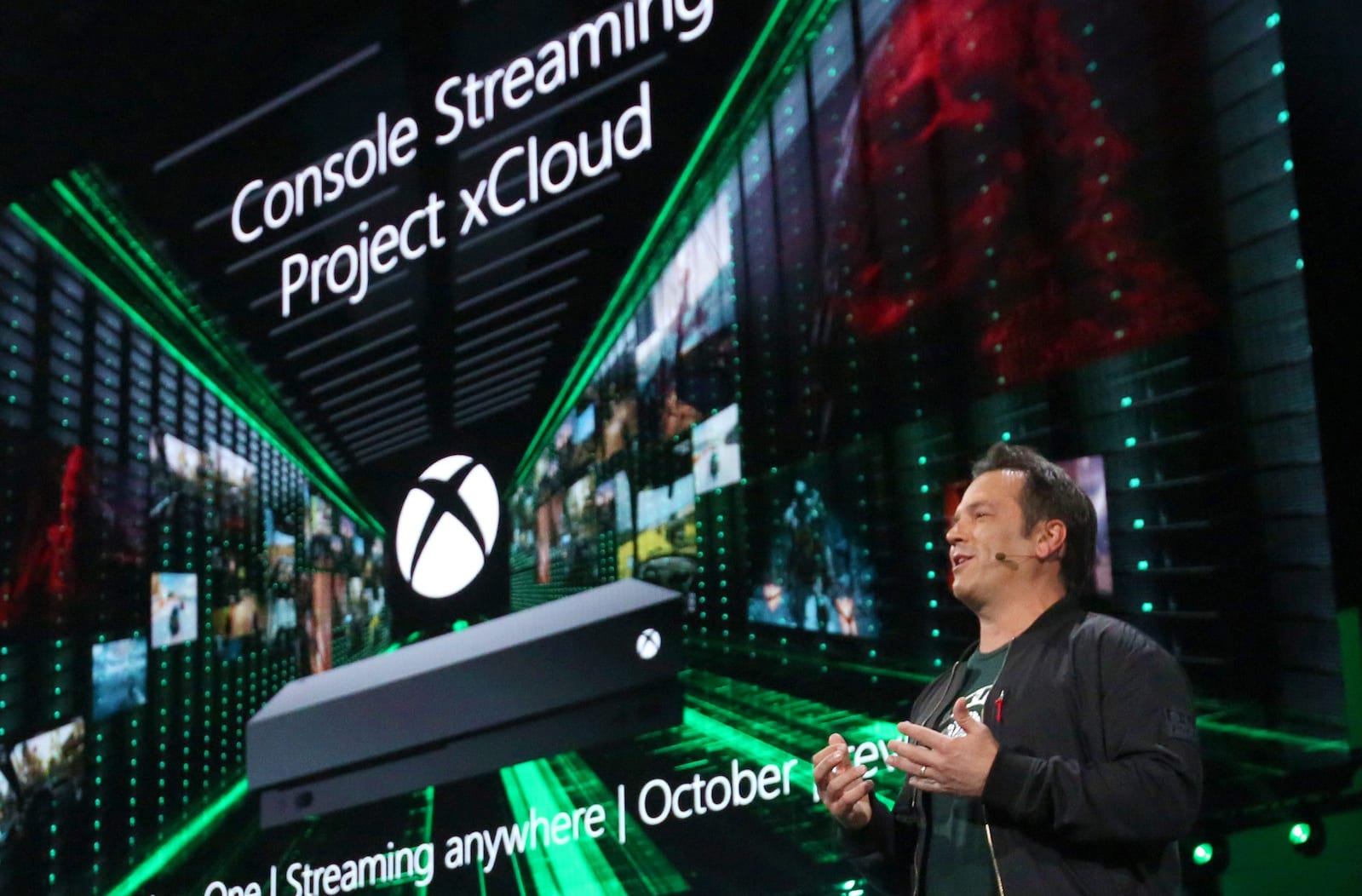 Naturally, Scarlett will support xCloud and Game Pass (Xbox's subscription service). XCloud runs on Azure and comprises two ways to stream: via Microsoft's cloud network (to play on your console), or stream games from your Xbox to another device, essentially turning your box into a personal, local server.

"We're running on 4G," Spencer said. "And it plays fine, I use it. I'm not trying to say it's recreating the experience you have on an Xbox One X, in your family room, connected to your TV. It's a different experience than that. But it does go with you. It is about creating a new, unique experience, not trying to replicate what you have."

Microsoft can control the software, server networks and even the hardware that players use for xCloud, but it can't do anything about existing internet infrastructure. The fact is, home internet connections often suck, especially in rural regions. This is changing with the rollout of 5G and other network advancements, but for now quality varies wildly.

"The out-of-home streaming will dictate by your out-of-bound, out-of-house upload speeds," Spencer said. "Different people have different connection speeds. People can kind of mess with this already today, and we'll work on getting them some specific specs on what they require." He said. "But all of it is around giving people choice and not saying the console you have today is bad or that you shouldn't be playing on a PC today, or somehow downloading your games so you can play them offline is bad."