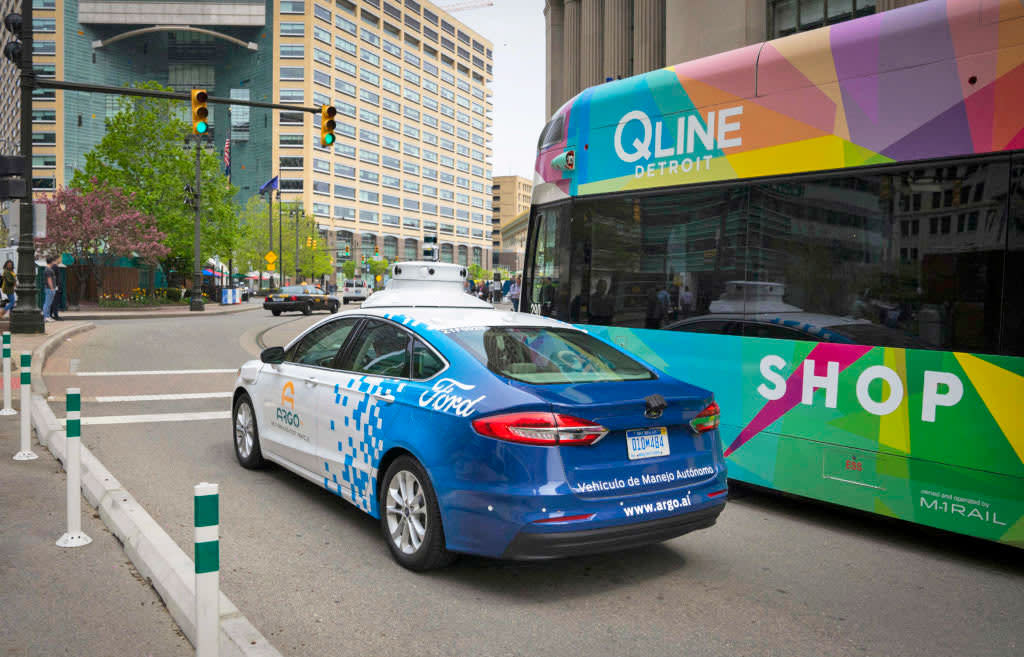 Ford is testing a new fleet of self-driving vehicles in its homebase of Detroit. Argo AI, Ford's autonomous vehicle arm, announced it would deploy its third-generation vehicles in Detroit and Corktown. The Ford Fusion Hybrids will be equipped with a "significantly upgraded sensor suite", as well as new sets of radar and cameras with higher resolution and higher dynamic range, wrote Argo AI president Pete Rander in a blog post.

The new fleet will replace the 100 or so second-generation vehicles that Argo AI has already deployed. The automaker is currently testing its self-driving cars in four other US cities, including Palo Alto, Pittsburgh, Miami and Washington, D.C. The new vehicles will feature redundant braking and steering systems that will help maintain motion control in the event that a unit stops functioning. They're also equipped with a new computing system with more processing power than the older cars and a new thermal management system that will generate less heat and noise.

The news of Argo AI is expanding its testing comes right as Ford and VW are in talks of a partnership on self-driving cars. VW this week ended its partnership with Amazon-backed self-driving startup Aurora. The German automaker is expected to reach a deal with Ford sometime this summer. Ford this week confirmed that no deal had been reached. "Our talks with Volkswagen continue. Discussions have been productive across a number of areas. We'll share updates as details become more firm," said Ford spokeswoman Jennifer Flake to the Detroit Free Press.

In this article: argo AI, autonomous vehicles, detroit, ford, self driving car, tomorrow, transportation
All products recommended by Engadget are selected by our editorial team, independent of our parent company. Some of our stories include affiliate links. If you buy something through one of these links, we may earn an affiliate commission.