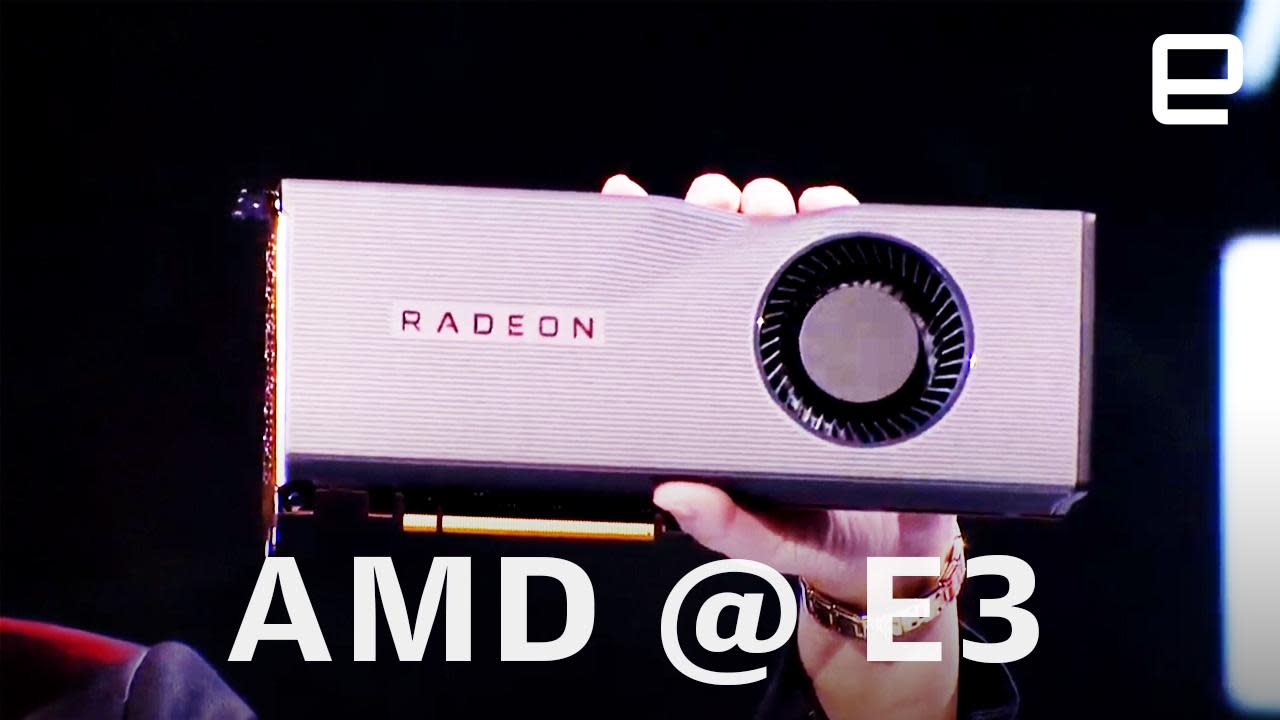 If you want to get up to speed with AMD's announcements at this year's E3 but don't have time to sit through the entire presentation, step this way. We've edited out all the fluff to give you the main highlights and talking points, all packaged neatly into a 15 minute video.

You'll get the scoop on the new Radeon 5700 XT and the RX 5700, plus a load of side-by-side demos showing off its graphics prowess against the competition. Find out more about the NAVI GPU family, learn about new features for game developers, including Fidelity FX and AMD Radeon Image Sharpening, and buckle up for the big one: AMD announces the world's first 16-core gaming processor, the AMD Ryzen 3950X. Plus you'll get a few sneak peeks at major forthcoming gaming titles, and be among the first to hear about AMD's partnership with Microsoft that'll get you in front of Gears 5 before everyone else.

In this article: AMD, design, e32019, gaming, gear, GPU, graphics, personal computing, personalcomputing, supercut, video
All products recommended by Engadget are selected by our editorial team, independent of our parent company. Some of our stories include affiliate links. If you buy something through one of these links, we may earn an affiliate commission.