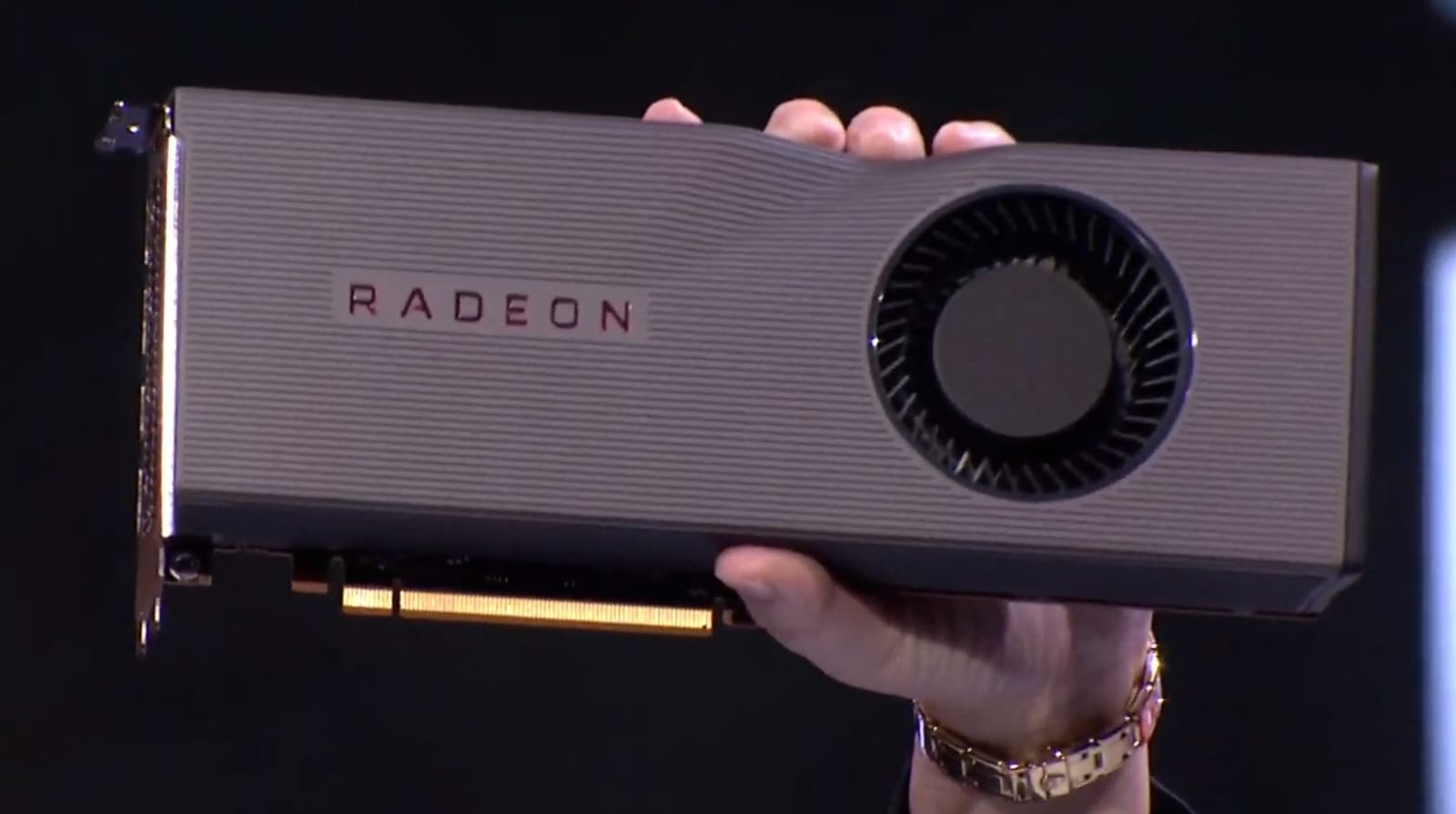 To be clear, AMD is only target mid-range performance with these GPUs. Its high-end offering is still the Radeon VII, a 7nm card built on its older architecture. But the new cards are still significant for the company, since they're the start of an entirely new generation of graphics technology. As a surprise, AMD also unveiled a $499 50th anniversary edition of the 5700XT, which will feature boost speeds up to 1.98GHz, as well as a unique gold and black shroud.

New features in the Radeon 5700 cards include FidelityFX, an open source toolkit that can improve visual quality, like making the roads in a racing game sharper. Radeon Image Sharpening will offer a similar visual upgrade for games that don't support FidelityFX, and AMD says both features won't impact performance. Esports players will also appreciate Radeon Anti-Lag, which helps to reduce lag between your GPU and monitor. Typically, that's something players handle by trying to drive their FPS performance as high as possible. The feature managed to drop around 15ms worth of lag compared to NVIDIA's RTX 2070.

E3 is a bit of an odd venue for the company, but it makes sense since its hardware powers both Microsoft's next-generation Xbox, Project Scarlett, as well as Sony's unnamed new PlayStation. Surprisingly, AMD still isn't saying anything about real-time ray tracing, a key feature in NVIDIA's RTX GPUs, even though both of those consoles will include it. Perhaps AMD is just biding its time for developers to take advantage of its new hardware. At Computex, the company made it clear it was working on ray tracing technology of its own.

All products recommended by Engadget are selected by our editorial team, independent of our parent company. Some of our stories include affiliate links. If you buy something through one of these links, we may earn an affiliate commission. All prices are correct at the time of publishing.
View All Comments
AMD tells all about its $449 Radeon RX 5700 XT GPU