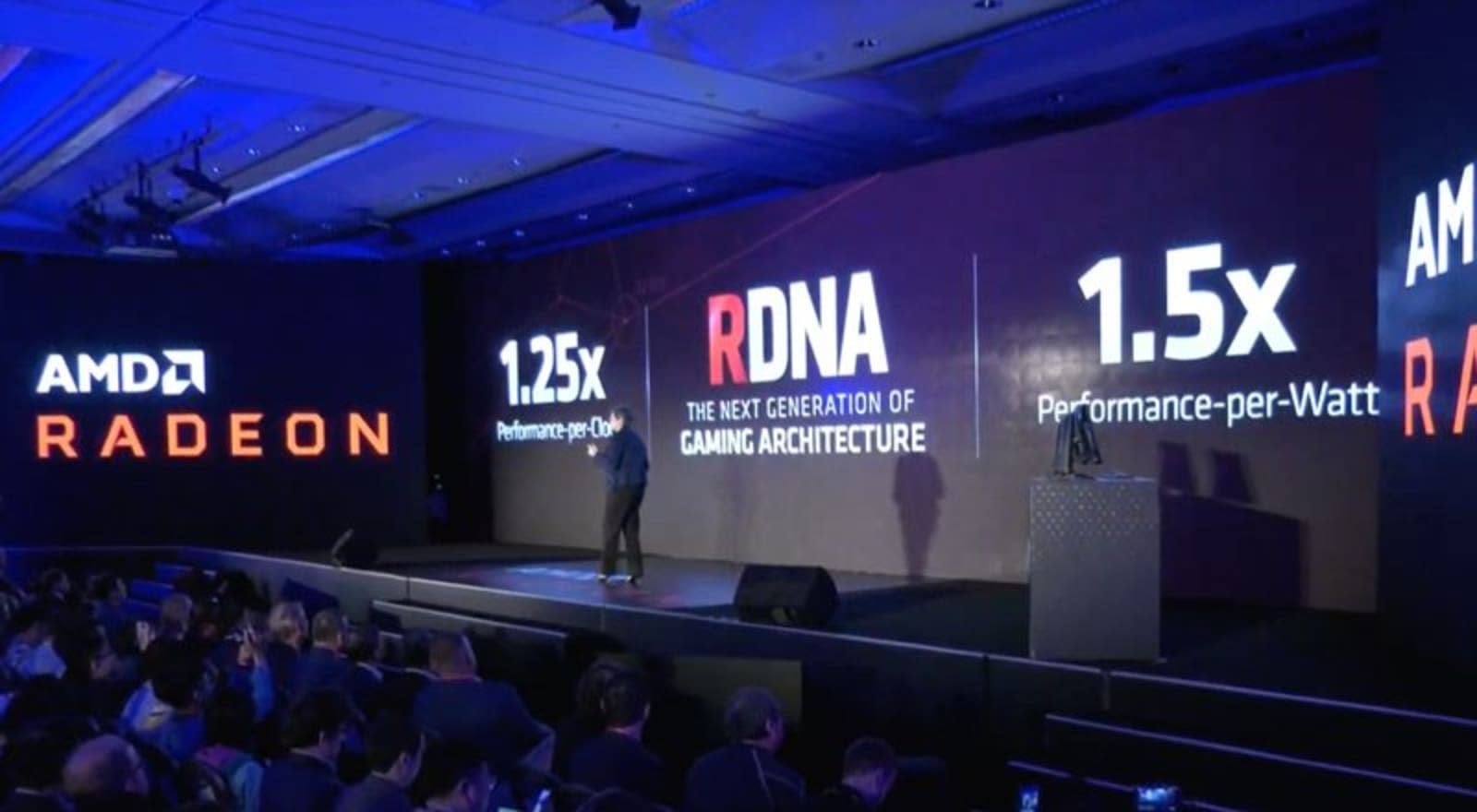 AMD finally unveiled its first Navi-based "RDNA" video cards this morning, the Radeon RX 5000-series. But, curiously, it's still keeping plenty of details under wraps. In particular, the company hasn't said anything definitive on real-time ray tracing, the technology that NVIDIA banked on with its RTX GPUs. It allows for more realistic lighting, reflections and shadows -- you can think of it as the next major visual upgrade after HDR.

Back at CES, AMD CEO Lisa Su mentioned that they were working on ray tracing from a hardware and software end. When today's announcement came and went without any mention of the technology, I started to worry that it wouldn't make it into this generation of cards. But based on discussions with CEO Lisa Su and the company's graphics leads, it sounds like AMD still has some surprises in store.

"We view ray tracing as a very important element across the portfolio, so we'll have it in a number of other places," Su said during a media roundtable after her keynote, when I asked her if we'll see ray tracing in these new video cards. She added that AMD will work to support the ecosystem around the technology, and we'll hear more about what specifically the Radeon RX 5000-series will include during the company's E3 livestream on June 10th.

"There's no doubt ray tracing is the future of graphics and gaming, but the support mechanism, the ecosystem readiness, are all very important things," AMD's head of Radeon gaming, Scott Herkelman, said in a later discussion. "The game adoption is all important ... We agree it's very early, but it's still a very important technology." He also reiterated that we can expect to hear more at E3.

Basically, it seems like AMD pigeonholed themselves a bit at Computex, choosing to give us just a taste of its new GPUs, while holding back on some of the exciting specifics until E3. Given their focus on the gaming ecosystem, though, the move probably makes sense. For ray tracing to truly take off, AMD (and NVIDIA) need to convince developers to invest in the technology. And what better place to announce a slew of gaming partnerships than E3?

In this article: amd, Computex, Computex 2019, Computex2019, gadgetry, gadgets, gaming, gear, Navi, personal computing, personalcomputing, Radeon RX 5000, ray tracing, RDNA
All products recommended by Engadget are selected by our editorial team, independent of our parent company. Some of our stories include affiliate links. If you buy something through one of these links, we may earn an affiliate commission.