Affected customers can reorder once Samsung has a new launch date.

AT&T held on to people's Galaxy Fold pre-orders even after Best Buy cancelled reservations back in May. Now that it's been almost a couple of months since Samsung's foldable device was supposed to come out, though, the carrier has decided that it's time to void pre-orders, as well. According to Tom's Guide, AT&T has sent out emails telling customers that their foldable phone pre-purchases have been cancelled. "Unfortunately," the letter reads, "Samsung delayed the release of the Fold, which means we can't ship your phone." The AT&T customers affected by the cancellation will receive a $100 promotion card and will be able to place another order once Samsung has a final release date.

Samsung was supposed to start shipping the Fold in late April until the early access devices distributed to reviewers showed serious issues. Some of them stemmed from reviewers peeling off a layer that's supposed to protect the screen, while other were due to dirt lodging into the gaps in its hinge. iFixit also called the device "alarmingly fragile."

Samsung delayed the device's roll out in an effort to fix its problems before units ship out and promised a new launch date in May. As of June 10th, though, the company still doesn't know when the device will come out. A spokesperson only said that Samsung will reveal a new launch date over "the coming weeks," corroborating previous reports that the Fold won't be hitting shelves this month.

Here's a copy of the email Tom's Guide received: 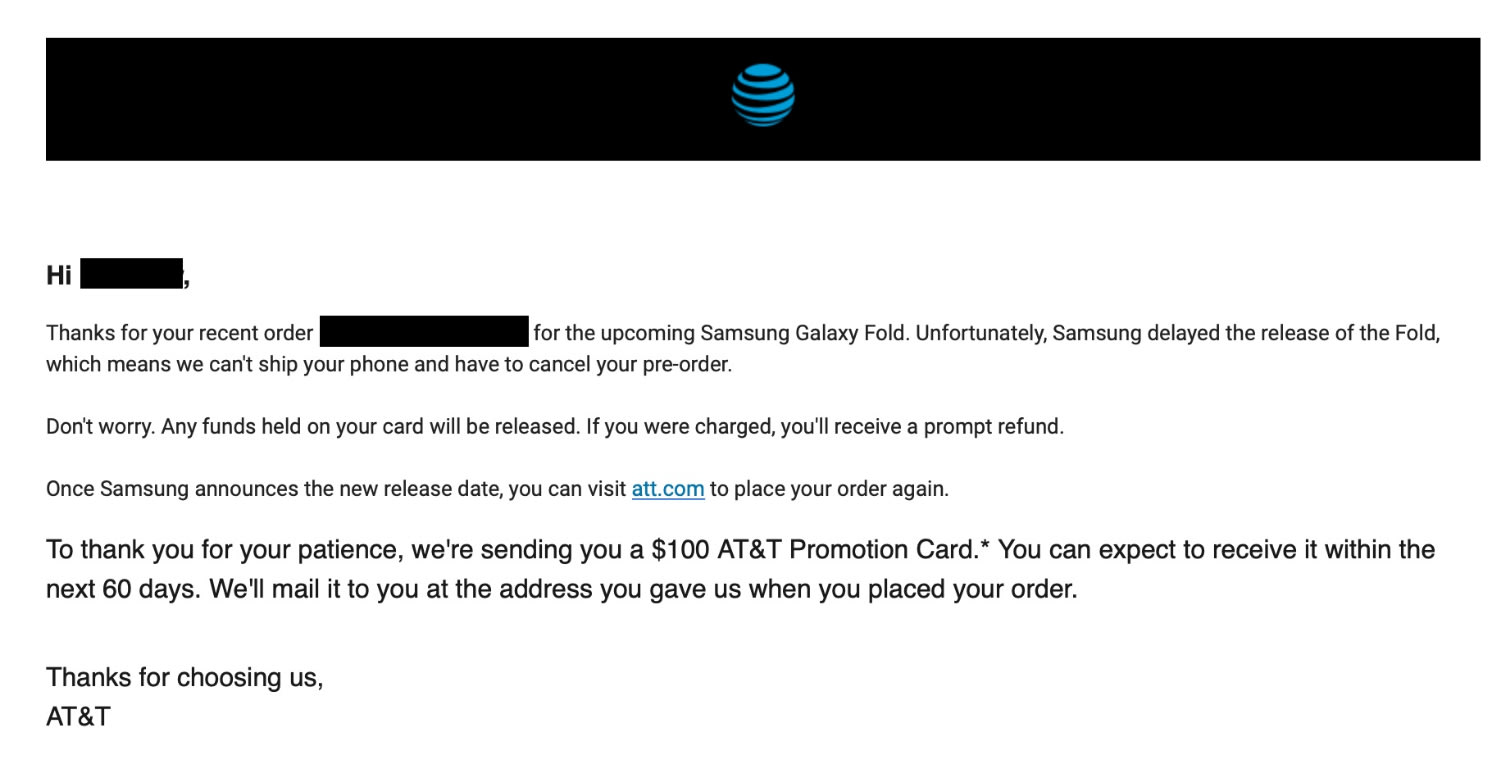