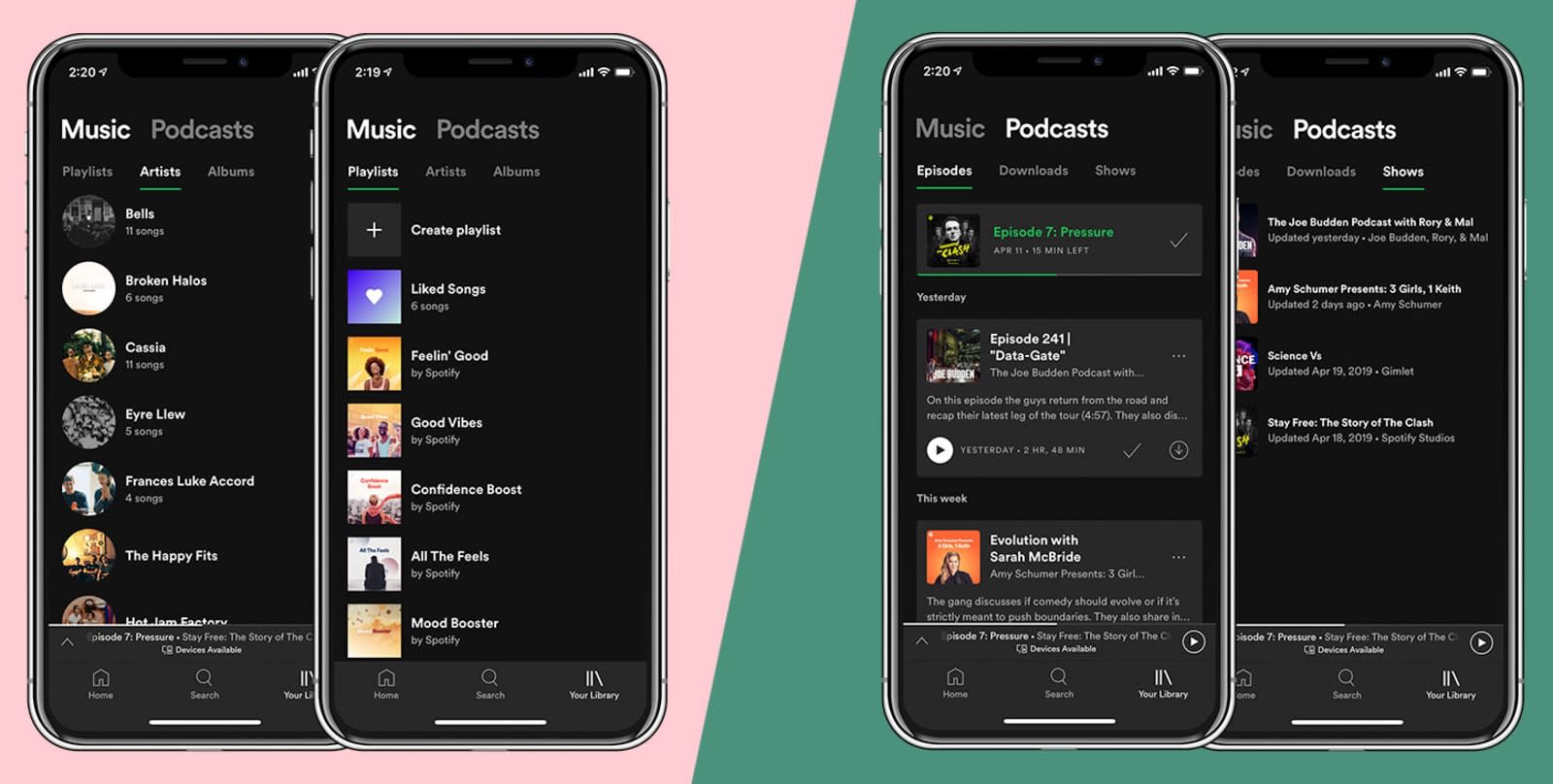 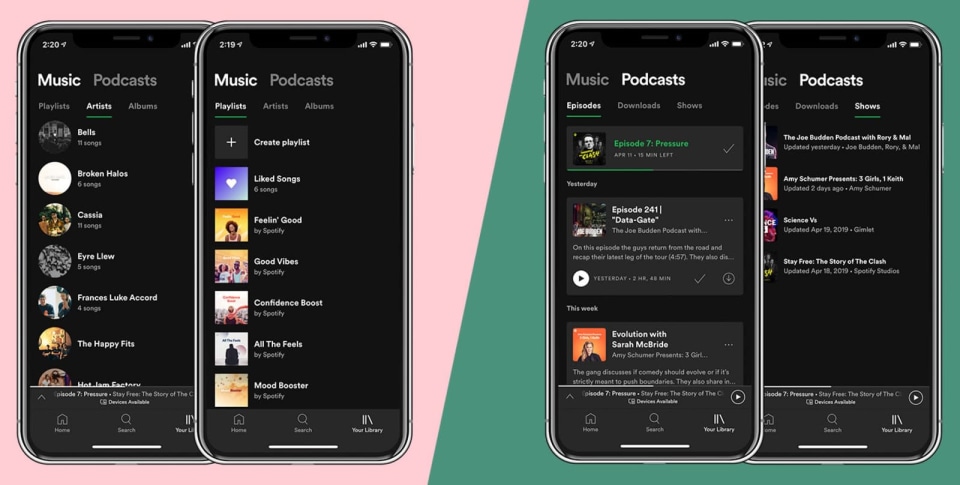 Spotify is rolling out a redesign of Your Library for Premium users, giving music and podcasts their own sections. Each has three distinct tabs you can tap or swipe between. In Podcasts, you'll have the option to view new episodes for shows you follow and those you haven't listened to (Episodes) as well as an overview of all the shows to which you're subscribed (Shows). The Downloads tab, unsurprisingly, includes all the episodes you've downloaded for offline listening.

In the Music section, you'll find tabs for Playlists, Artists and Albums. The latter two includes all the artists and albums you've liked, and the other includes playlists you've liked and created. There's also a new playlist called Liked Songs that pulls in all the tunes for which you've tapped the heart button. When you don't have a data or WiFi connection, Spotify will rearrange the playlists to highlight the ones you've downloaded for offline listening.

The move is clearly designed to give podcasts a prominent and separate place within Your Library. It's no secret that Spotify is going all in on podcasts. In recent months, it bought well-regarded studio Gimlet Media and the podcast creation app Anchor. Just last week, it announced a deal with Barack and Michelle Obama for them to create and appear in exclusive podcasts, while on Wednesday it rolled out a new playlist called Your Daily Drive, which blends music with newsy podcasts.

It seems the rollout is causing a few issues, however. At the time of writing, several Engadget editors found the Home, Browse and Made for You sections of the Spotify app on desktop and mobile weren't accessible.

In this article: app, av, entertainment, gear, music, music streaming, musicstreaming, podcasts, spotify, streaming
All products recommended by Engadget are selected by our editorial team, independent of our parent company. Some of our stories include affiliate links. If you buy something through one of these links, we may earn an affiliate commission.