The game uses the actual steering wheel and brake pedal for controls.

A new wave of behind the wheel gameplay is coming to Tesla. The company announced that it has started rolling out Beach Buggy Racing 2 to vehicles today. A new, Tesla-compatible version of the mobile game by Vector Unit will be available on every vehicle with an over-the-air software update. And unlike the current selection of games in the Tesla Arcade, Beach Buggy Racing 2 has a twist: it has direct wiring to the car's brakes and steering wheel.

A video game that ties in the car's steering wheel is a part of a wave of new infotainment options (including Netflix, YouTube and other videostreaming services) that CEO Elon Musk told an E3 panel last week to expect in the future. The game is described by the automaker as a kart racing game where players can "careen, blast and launch" their way through 22 tracks and recruit new drivers. And of course, the vehicle used in the game is none other than a Tesla. 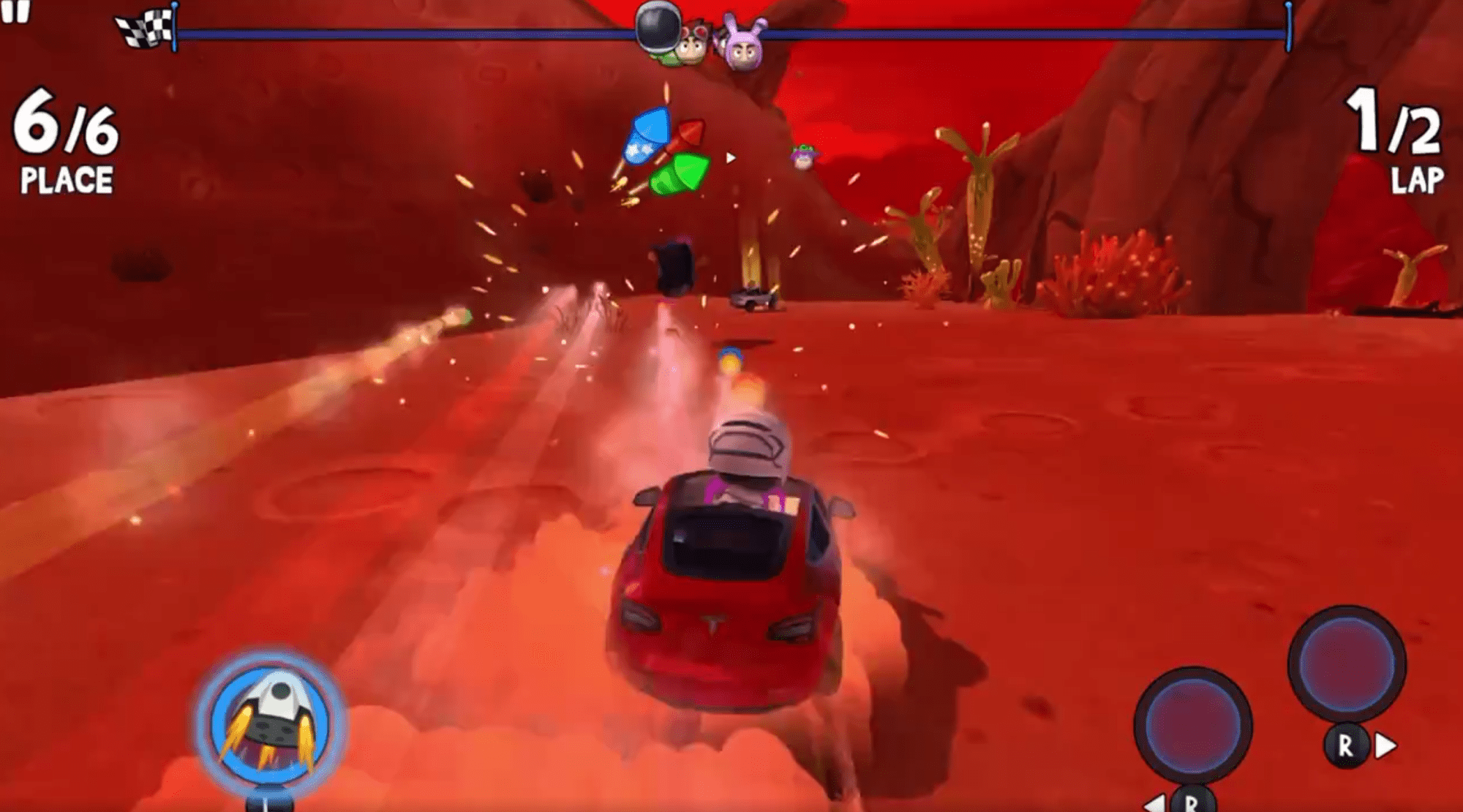 Despite using the steering wheel, Beach Buggy Racing 2 (like the other Tesla Arcade games) only works when the car is in park. "The way we have it, the brake is wired in. The scroll wheel is wired to the gas pedal. Sitting on the brake if you're stationary isn't a problem; sitting on the gas might be," said Musk at E3.

Also coming to Tesla's infotainment system this summer is Bethesda's Fallout Shelter. It's no surprise that Musk, a passionate gamer whose company includes several employees with gaming backgrounds, wants to bring more video games to Tesla vehicles. But while a wider selection of games is a nice perk, it's not exactly at the top of the wishlist for most Tesla drivers, who are waiting for improved Autopilot and additional driving features.