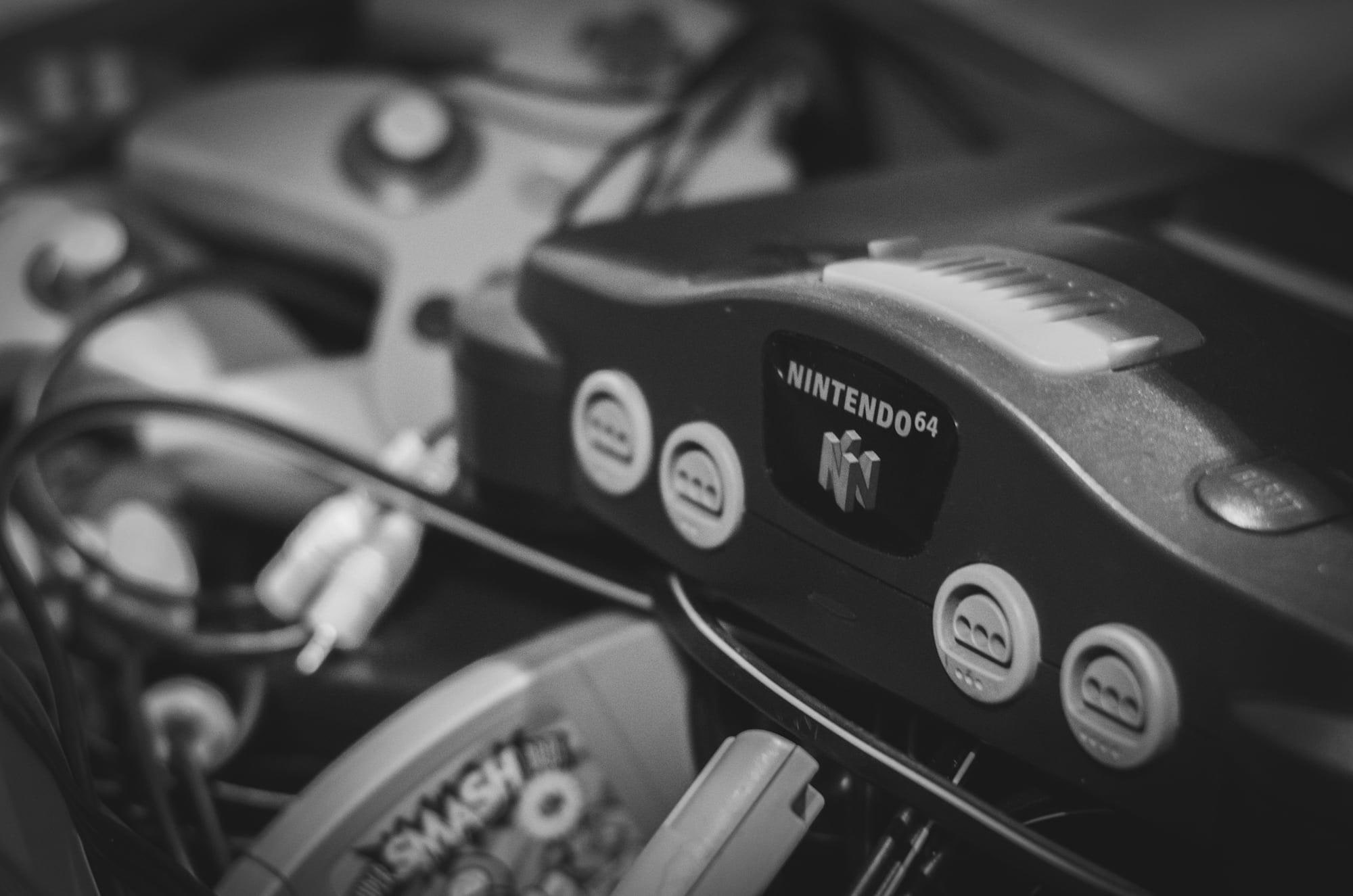 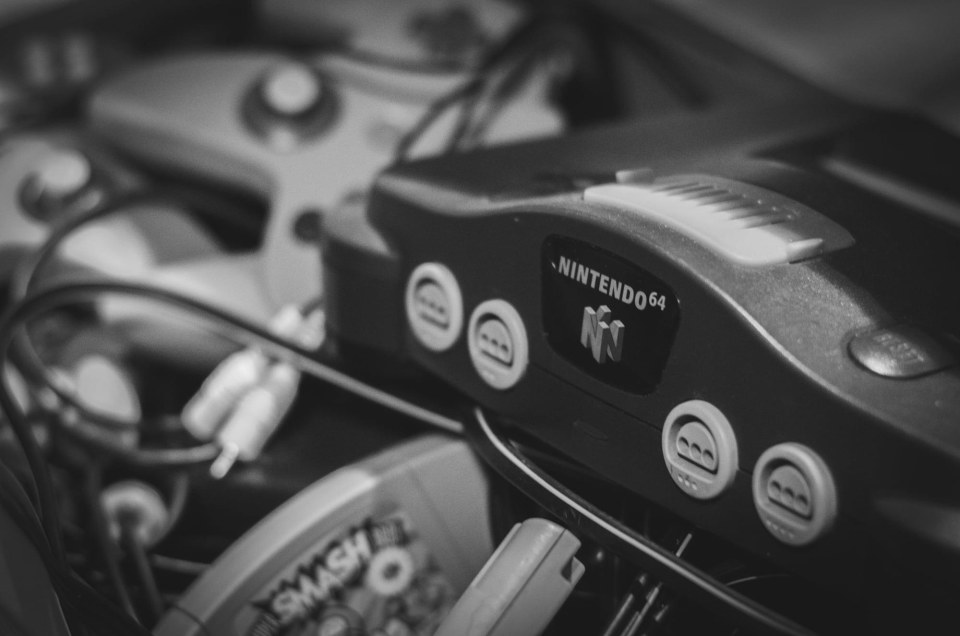 At Engadget, we spend every day looking at how technology will shape the future. But it's also important to look back at how far we've come. That's what This Week in Tech History does. Join us every weekend for a recap of historical tech news, anniversaries and advances from the recent and not-so-recent past. This week, we're looking at the N64, which arrived in Japan 23 years ago.

The Nintendo Entertainment System essentially defined the home video game market when it launched in the mid-1980s. It was a device without peers that paved the way for the Super NES in the '90s. By then, Sega had chipped away at Nintendo's dominance with the Genesis, but Nintendo was still in an enviable position heading into the next generation of game consoles. Then came the N64, which launched in Japan on June 23rd, 1996. It arrived in the US three months later.

While the N64 is fondly remembered for ushering in a string of groundbreaking, enduring games, it's also the first time Nintendo was truly dethroned. But not by Sega, which was struggling with the Saturn. No, Sony's first PlayStation ultimately dominated this generation: More than 100 million PlayStation consoles were sold during its lifespan. Nintendo, meanwhile, sold almost 33 million N64s, down significantly from the 49 million SNES consoles the company moved over its lifespan.

There were a number of factors for Nintendo's struggles this time out. For starters, the N64 development process was a bit of a struggle, marked by several delays. By the time the console launched in June 1996, the PlayStation had already been on the market for more than a year and a half in Japan; the PlayStation also had more than a year's lead in the US. This was simply too much for Nintendo to overcome, and it was exacerbated by troubles the company had courting third-party developers.

Those troubles stemmed in large part from Nintendo's decision to use cartridges instead of CD-ROM discs for the N64. While carts loaded data much faster than CD-ROM, they were more expensive to produce, something that led to Nintendo charging higher licensing fees. The flip side of this was that consoles with CD-ROM, like the PlayStation, were more expensive to manufacturer, a charge that was passed on to customers. The PlayStation launched at $300 in the US, while the N64 undercut it and launched at $200. But that wasn't enough to help Nintendo's fortunes in the console war; the PlayStation's head start and better third-party support effectively sealed the deal for Sony.

Still, there's plenty to talk about with the N64 beyond its struggles. It was the first Nintendo system to have a controller with an analog stick, a feature that was a necessity for the many new 3D games that were being made for the console. Chief among those was launch title Super Mario 64, a game that totally upended the Mario playbook. Gone were the relatively linear side-scrolling levels, replaced with open 3D worlds rife for exploration, a formula Nintendo has used on many successful Mario games since.

Nintendo used a similar formula for The Legend of Zelda: Ocarina of Time, but on a more massive scale. Taking the Zelda series into 3D was perhaps an even bigger deal than the move was for Mario games. Between the new perspective and the new gameplay options it opened up, Nintendo built such an epic quest for Link that some would say the company didn't top it until 2017's Breath of the Wild. Simply stated, Ocarina of Time was regarded as one of the best video games of all time when it arrived, and it has lost little of that acclaim over the years, even if the early 3D graphics look a bit primitive now.

And it's impossible to talk about the N64 without mentioning Goldeneye 007, a game that brought multiplayer FPS shooters to the living room. If you're of the right age, you certainly have vivid memories of blowing multiple hours with friends trying to rack up the most kills. At this point, the influence of the game is almost certainly greater than the movie it's based on. It's the kind of game that paved the way for franchises like Halo, perhaps the biggest console-based FPS series out there. If you didn't play it when it was first released, you might not get what a big deal it was in 1997, but with the possible exception of the Mario Kart series, it might be the most important multiplayer game to ever hit a Nintendo console.

Those are just a few of many iconic games for the N64, but it wasn't quite as iconic as the two consoles that preceded it. It was overshadowed by the PlayStation, and marked the beginning of a period in Nintendo's history where it was more of a niche player in the console market, in the shadow of Sony and, later, Microsoft. Of course, Nintendo rebounded in a big way with the Wii in 2006, but it did so in a way that carved out an identity totally different from Sony and Microsoft. A decade earlier, Nintendo was still the leader, but with the N64 it was just beginning a move toward a more offbeat future.

In this article: consoles, gadgetry, gadgets, gaming, goldeneye, n64, nintendo, ocarina of time, super mario 64, tech history, this week in, video games
All products recommended by Engadget are selected by our editorial team, independent of our parent company. Some of our stories include affiliate links. If you buy something through one of these links, we may earn an affiliate commission.