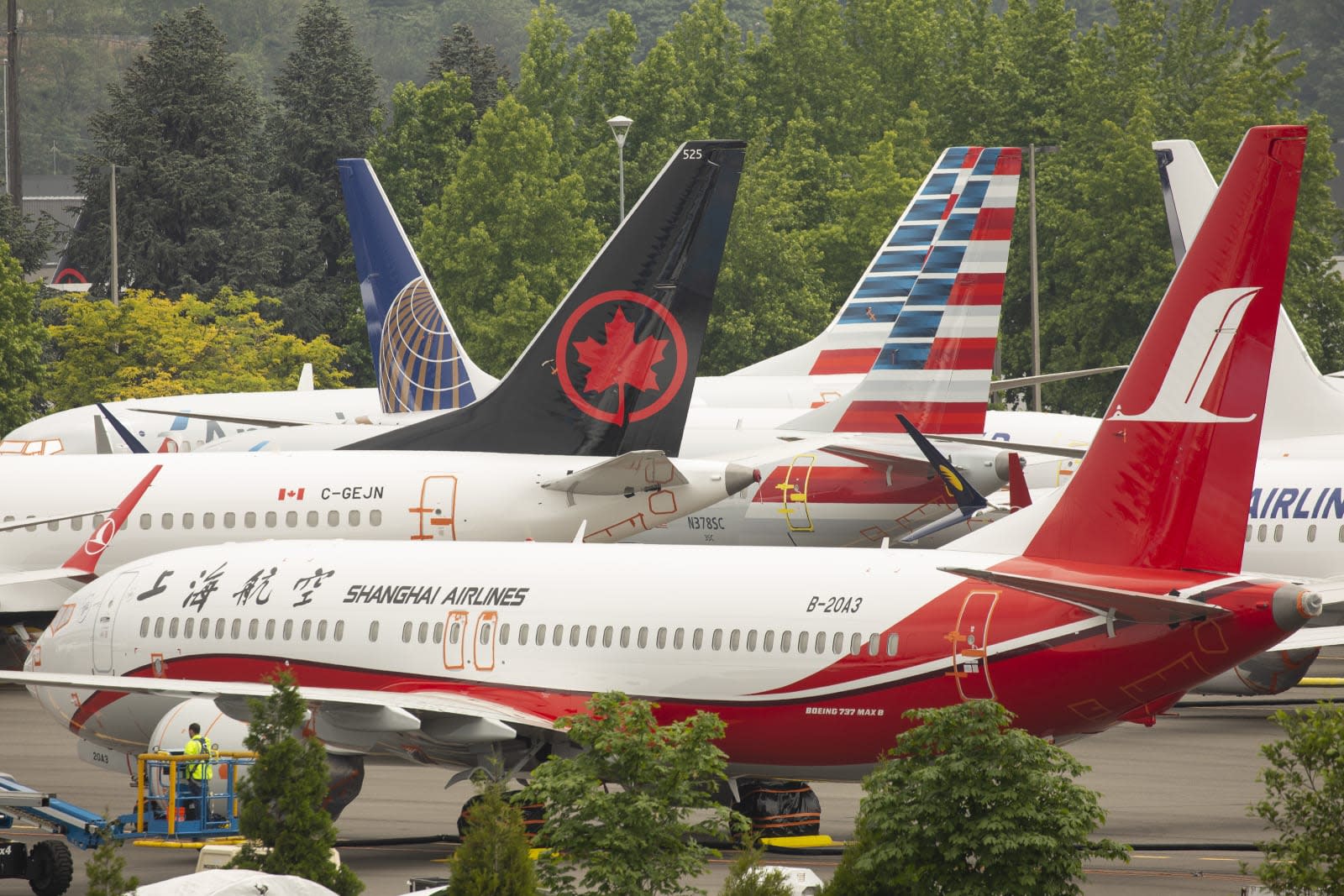 The Federal Aviation Administration has discovered another potential risk with the grounded 737 Max that Boeing has to resolve. The issue emerged during a simulator test last week, according to Reuters. As such, a certification test flight isn't expected to take place until July 8th at the earliest, further delaying the plane's return to service.

"On the most recent issue, the FAA's process is designed to discover and highlight potential risks. The FAA recently found a potential risk that Boeing must mitigate," the FAA told the news agency. "The safety of our airplanes is Boeing's highest priority," a Boeing spokesperson told Engadget in a statement. "We are working closely with the FAA to safely return the MAX to service."

While the FAA and Boeing didn't disclose the exact nature of the flaw, CNN reports government pilots found an issue with the microprocessor that may lead to the plane pointing downwards if the chip fails. According to one of the outlet's sources, during the simulator tests, "it was difficult for the test pilots to recover in a matter of seconds. And if you can't recover in a matter of seconds, that's an unreasonable risk." It's not clear if the microprocessor played a role in the crashes.

The 737 Max has been out of service since earlier this year after two crashes killed 346 people. Last month, Boeing said it completed an update to resolve software flaws that contributed to the incidents.

Boeing statement via a spokesperson:

The safety of our airplanes is Boeing's highest priority. During the FAA's review of the 737 MAX software update and recent simulator sessions, the Federal Aviation Administration (FAA) identified an additional requirement that it has asked the company to address through the software changes that the company has been developing for the past eight months. The FAA review and process for returning the 737 MAX to passenger service are designed to result in a thorough and comprehensive assessment. Boeing agrees with the FAA's decision and request, and is working on the required software. Addressing this condition will reduce pilot workload by accounting for a potential source of uncommanded stabilizer motion. Boeing will not offer the 737 MAX for certification by the FAA until we have satisfied all requirements for certification of the MAX and its safe return to service.

In this article: 737 max, 737max, boeing, faa, federal aviation administration, federalaviationadministration, gear, microprocessor, transportation
All products recommended by Engadget are selected by our editorial team, independent of our parent company. Some of our stories include affiliate links. If you buy something through one of these links, we may earn an affiliate commission.