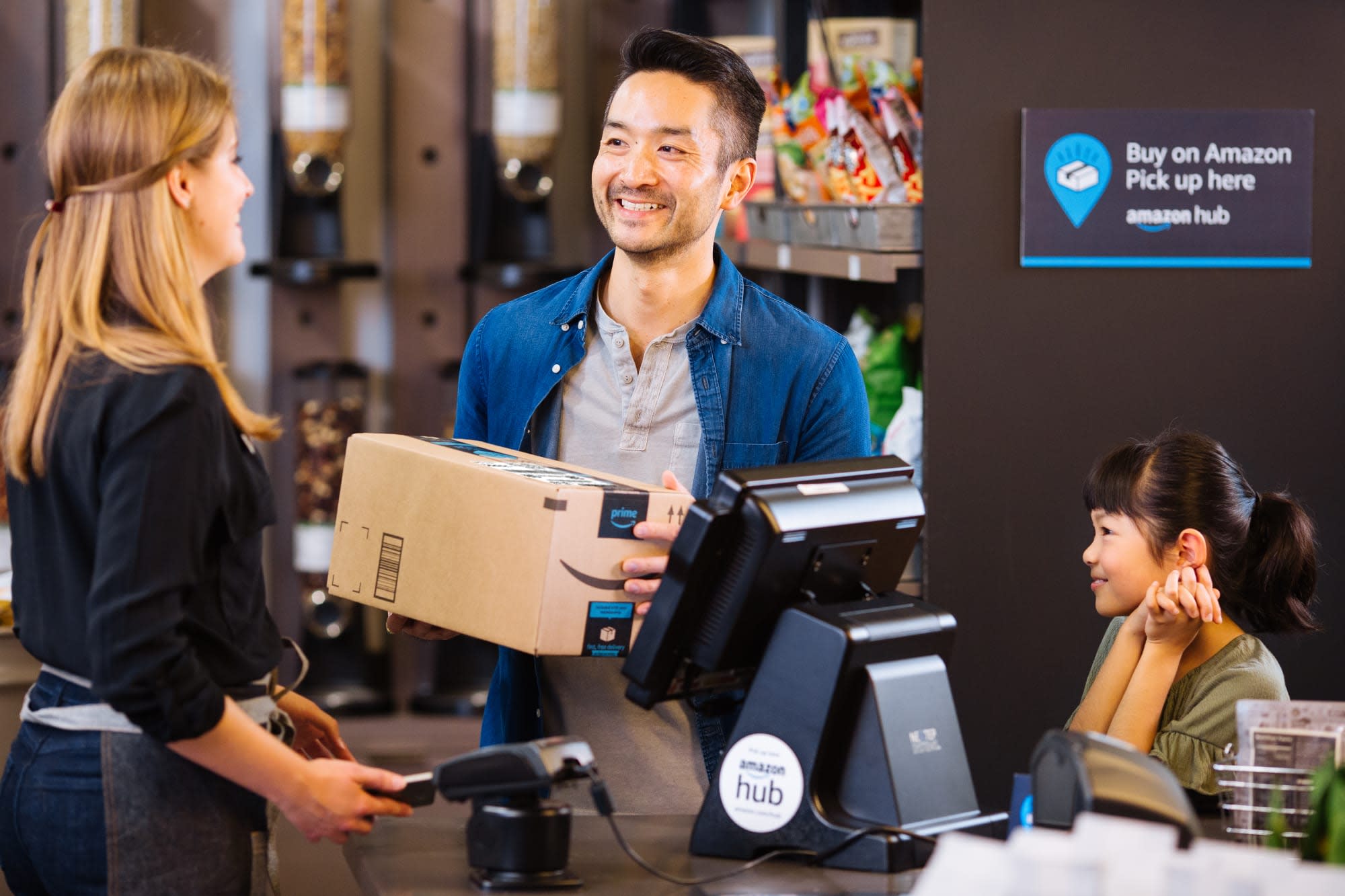 There are plenty of ways to get a hold of your Amazon packages, but sometimes it's easier to pick up a parcel when you're out running other errands. To help with this, Amazon has expanded its Counter system to the US, letting customers pick up their deliveries straight from the counter at Rite Aid drug stores. It's free for the customers and applies to items shipped with Same-Day, One-Day, Two-Day and Standard Shipping.

The Counter service was originally available in the UK and Europe, where customers could collect parcels from post offices and newsagents. Now it's coming to the US as well, arriving first at 100 Rite Aid stores and expanding to all 1,500 stores by the end of the year.

Rite Aid stores already host Amazon lockers, allowing customers to collect their parcels. So expanding the service to include counter pickups seems like a natural extension of the partnership.

For customers who can't wait at home for deliveries and are worried about package theft, this service will make Amazon orders more appealing. And for all that it will boost Amazon's footprint, it might also give back to companies that Amazon competes with: If you're going into a store to collect a package, you may well end up buying something extra while you're there.

This comes after Amazon had a public break up with FedEx, after it failed to renew its contract with the retailer earlier this month. But Amazon has plenty of other shipping options available, having arrangements with UPS and the United States Postal Service as well as its own delivery service, Amazon Key, which drops parcels in garages through the use of a smart lock.

In this article: amazon, amazon counter, business, delivery, entertainment, services
All products recommended by Engadget are selected by our editorial team, independent of our parent company. Some of our stories include affiliate links. If you buy something through one of these links, we may earn an affiliate commission.