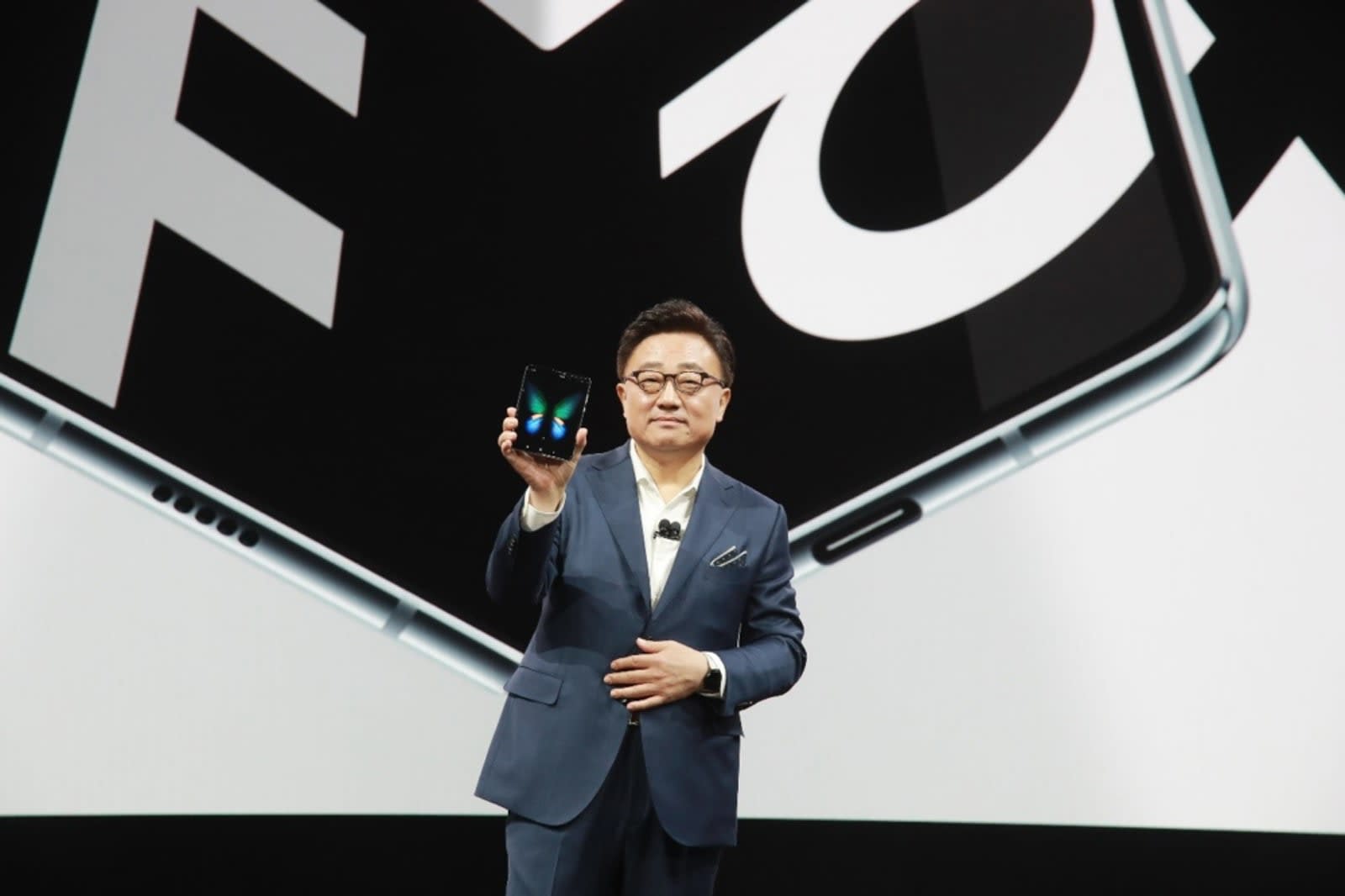 Samsung hasn't commented much on its decision to delay the Galaxy Fold and address design flaws, but it's opening up a little today. The company's electronics division CEO, DJ Koh, told those at a media event that he "pushed [the phone] through before it was ready." The setback was "embarrassing," he added. While Koh didn't elaborate on what happened, the statement suggests that Samsung was in a hurry to get the Fold out the door and claim some bragging rights.

Don't expect an answer on when (or if) the Fold might come back, though. He noted that Samsung had over 2,000 devices in the field and "defined all the issues," but wouldn't narrow down when the foldable handset might resurface. The company has largely been mum on its plans to revive the device ever since the delay was announced in the first place, and even talk of imminent launch details never panned out.

The Fold was supposed to arrive in late April, but early reviewers quickly discovered problems, including a display cover that was too easy to peel off and gaps that allowed debris to get behind the foldable screen. It was all too easy to break the sensitive panel -- and that would have been a problem with any phone, let alone one costing $1,980. Samsung has to both tackle the Fold's design woes and convince would-be buyers that it's still worth taking a chance on a gadget with such a rough history.

In this article: android, dj koh, foldable, foldable phone, folding phone, galaxy fold, gear, mobile, samsung, smartphone
All products recommended by Engadget are selected by our editorial team, independent of our parent company. Some of our stories include affiliate links. If you buy something through one of these links, we may earn an affiliate commission.