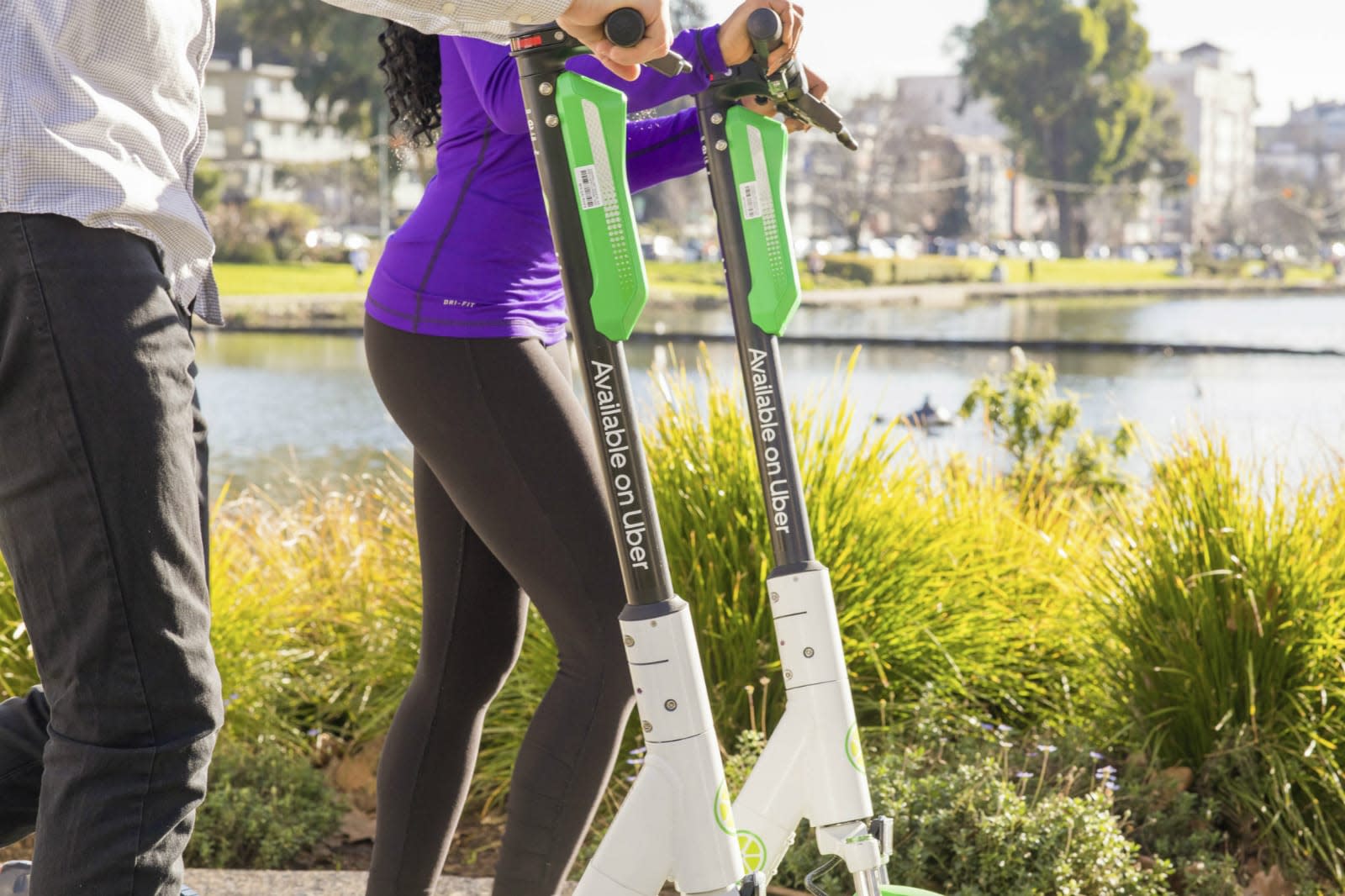 As of today, when Uber customers in Atlanta and San Diego open their Uber app, they'll see Jump bikes and scooters, as well as Lime scooters, in the main map. According to TechCrunch, Uber plans to add bike and scooter availability to its app in more cities, but it's unclear which cities the feature will appear in or when.

"We are putting new mobility front and center in the Uber app. Starting in Atlanta and San Diego riders opening Uber's app will now see the nearby JUMP bikes and scooters as well as Lime scooters on the home rides screen, making it easier than ever for them to choose a new mobility option. The more transportation modes people have at their fingertips, the easier it becomes to get around without owning a car."

Uber purchased Jump just over a year ago, and earlier this month, it announced upgrades to its Jump scooters and bicycles. So it's not too surprising that the company has decided to promote the fleet in its main app. It's notable, though, that Uber will partner with its competitor Lime, and photos provided by the company show Lime scooters with Uber branding. Rumors once circulated that Uber wanted to buy Lime. This partnership might make some wonder if those talks are still on the table.

In this article: business, gear, transportation
All products recommended by Engadget are selected by our editorial team, independent of our parent company. Some of our stories include affiliate links. If you buy something through one of these links, we may earn an affiliate commission.