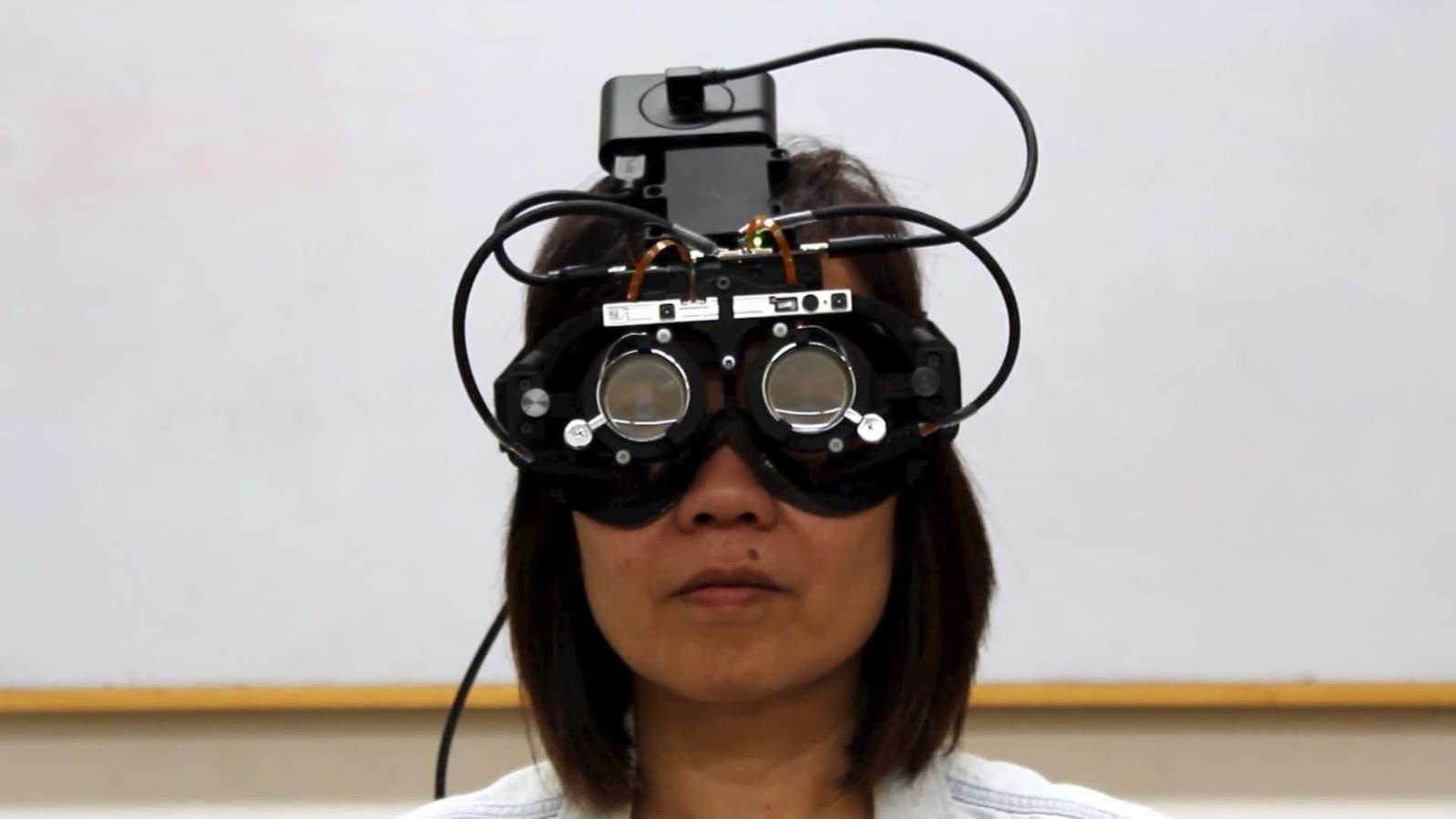 Researchers at Stanford University have created glasses that track your eyes and automatically focus on whatever you're looking at. The so-called autofocals, detailed in a paper published in the journal Science Advances, could prove a better solution than transition lenses or progressive lenses.

The authors note that, over time, our ability to refocus at near distances worsens as the lenses in our eyes stiffen. The condition, called presbyopia, typically kicks in at around age 45 and it affects more than a billion people. It's a key factor as to why many of us need to start wearing reading glasses, progressive lenses or monovision glasses in middle age.

But those types of lenses aren't ideal. For one thing, they might require you to carry out unnatural head movements, such as to crane your neck to look at side mirrors while driving, because progressive lenses might not offer effective enough peripheral focus. The researchers, who said that people who wear those lenses are also at higher risk of injury from falls, suggest their autofocals might prove a better answer.

Their glasses take a cue from how eye lenses work; the autofocal lenses are filled with fluid that expand and contract as your field of vision shifts. As you'd expect, there are eye-tracking sensors to figure out what you're looking at. The lenses and trackers already existed, and the researchers created software that pulls in eye-tracking data to make sure the lenses properly focus on the right thing.

That sounds great, but it's probably going to be quite some time before you can pick up a pair from your optometrist. The study participants weren't fans of the size and weight of the autofocal system, which looks more like a virtual reality headset than a pair of designer frames.

The researchers hope to make the technology small enough that autofocals will be comfortable to wear all day. Stanford electrical engineer Gordon Wetzstein reckons it'll take a few years before we see autofocal glasses that are energy efficient, lightweight and, perhaps most importantly for something we have on our faces all the time, stylish. If companies can pack smart glasses tech into normal-looking frames, it certainly seems likely autofocals will be a snazzy enough option down the line.

A single pair of autofocals might also be enough to last for decades even as your prescription changes. "This technology could affect billions of people's lives in a meaningful way that most techno-gadgets never will," Wetzstein said.

In this article: auto focus, autofocals, autofocus, eye tracking, eyetracking, gadgetry, gadgets, gear, glasses, health, medicine, research, stanford, stanford university, stanforduniversity, tomorrow
All products recommended by Engadget are selected by our editorial team, independent of our parent company. Some of our stories include affiliate links. If you buy something through one of these links, we may earn an affiliate commission.