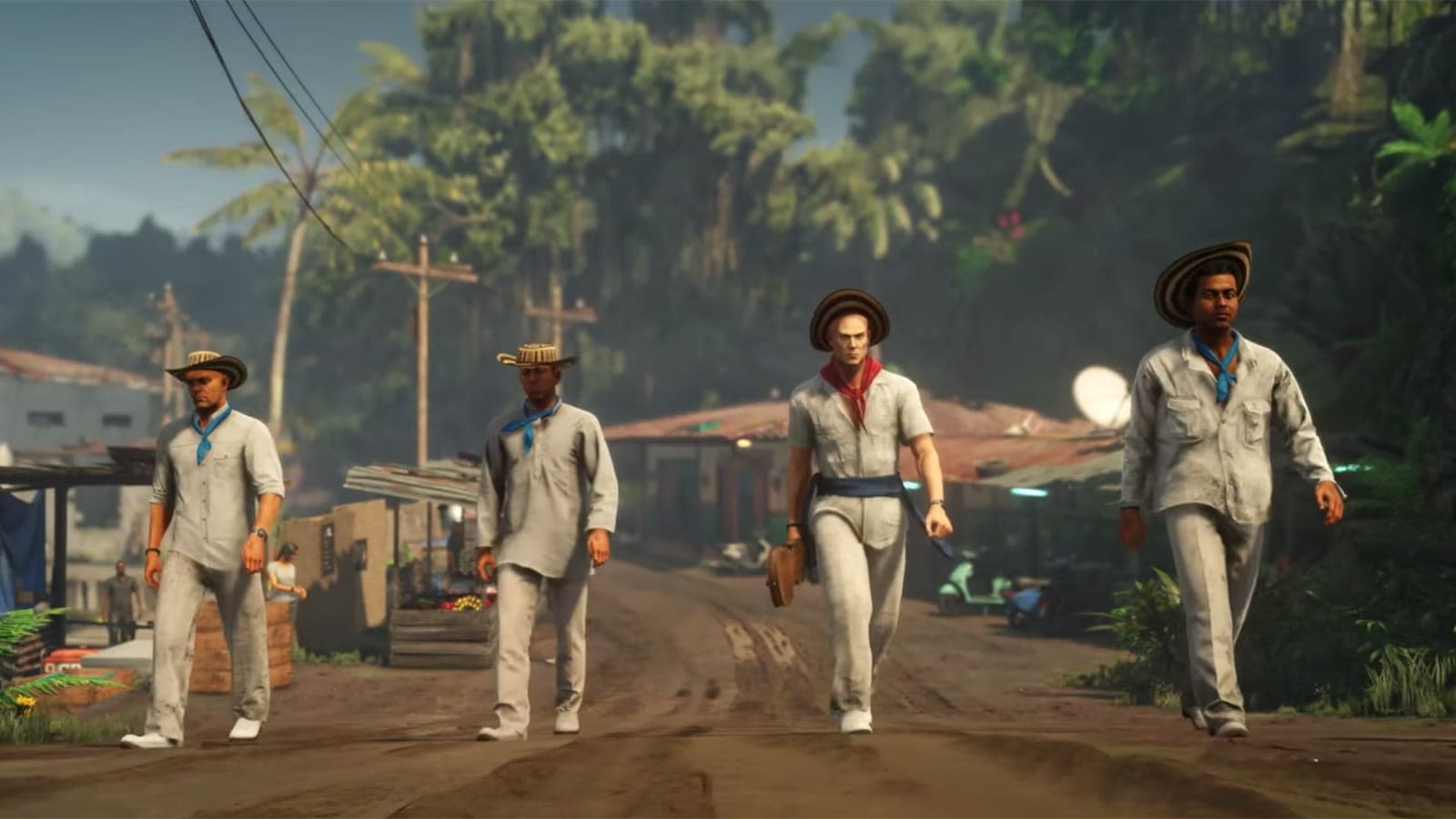 Hitman 2 has had its share of unusual updates and events, but its latest may be particularly appealing if you're music-minded. IO Interactive has outlined a July roadmap with a string of music-themed activities, most notably the "I'm With the Band" Challenge Pack arriving on July 11th. Finish five band-related tasks on the Santa Fortuna map and you'll unlock a violin -- you could literally bludgeon someone with your musical tastes.

The rest of July shares a similar vibe. As of July 4th, there's an Escalation mission on the Isle of Sgail that has you taking out musicians through creative methods. On July 18th, Featured Contracts will revolve around the concept of "tone death." The Badboy Elusive Target returns to Sapienza a day later on July 19th for Legacy Pack owners. And on July 25th, another Escalation mission in Santa Fortuna will involve making some noise with explosives.

And don't worry if you're sick of music by the end of the month. IO is giving expansion pass owners a second Sniper Assassin map, the Siberia-based Prison, on July 30th. More details are coming in the weeks ahead. For now, though, it's evident that IO has found a way to keep players busy after the novelty of the New York map has worn off.

In this article: av, games, gaming, hitman, hitman 2, io interactive, personal computing, personalcomputing, video, video games
All products recommended by Engadget are selected by our editorial team, independent of our parent company. Some of our stories include affiliate links. If you buy something through one of these links, we may earn an affiliate commission.