Our foldable future is running a little late, and that's OK

The companies making folding phones should focus on polish, not being first.
C. Velazco|07.04.19
@chrisvelazco

From the moment it was first teased last year, Samsung's Galaxy Fold convinced many that foldable phones were the next frontier to conquer. To no one's surprise, it wasn't long before competitors announced foldable plans of their own, feeding a cycle of hype that culminated at this year's Mobile World Congress. Samsung showed off the Galaxy Fold to the public (albeit, behind glass). Huawei unveiled its Mate X, a beautiful rival to Samsung's device that somehow cost even more. And Motorola, which had long been rumored to be working on a foldable, indiscreetly confirmed its plans to launch one this year.

By this point, industry watchers and phone nerds had worked themselves into something of a foldable frenzy, and Samsung was supposed to be the first to scratch that itch. The Galaxy Fold was slated to launch in the United States on April 26th, but that, uh, clearly didn't happen.

I have no doubt that Samsung believed in the Galaxy Fold's usability and potential. Even so, it's clear in hindsight that the company was in a rush to get these things out the door, and didn't think through some key design decisions. That top-most layer of protective plastic? Yeah, it shouldn't have been made to look like a removable screen protector. (In fairness to Samsung, Galaxy Folds meant for actual consumers instead of picky reviewers were supposed to have clearer messaging about not removing that top layer of plastic.) Those small gaps formed by the hinge above and below the main, folding display never inspired much confidence either.

Now, it seems like we're finally getting somewhere. According to a recent Bloomberg report, Samsung has completed its Galaxy Fold redesign: That protective top plastic layer should cover the internal foldable screen edge to edge, and tuck under the edges of the bezel so you can't remove it by hand. The phone's hinge is now also said to protrude upward when the device is unfolded, adding more tension to that plastic film and making it feel "harder." Not having seen this redesign, we can't be sure that Samsung has fixed all of the Fold's potentially ruinous design choices. And some decisions, like the air gap that separates the two halves of the screen while closes, probably can't be changed at this point. Even so, it sounds like this newer version of the Galaxy Fold is at least a little closer to what it should've been all long. 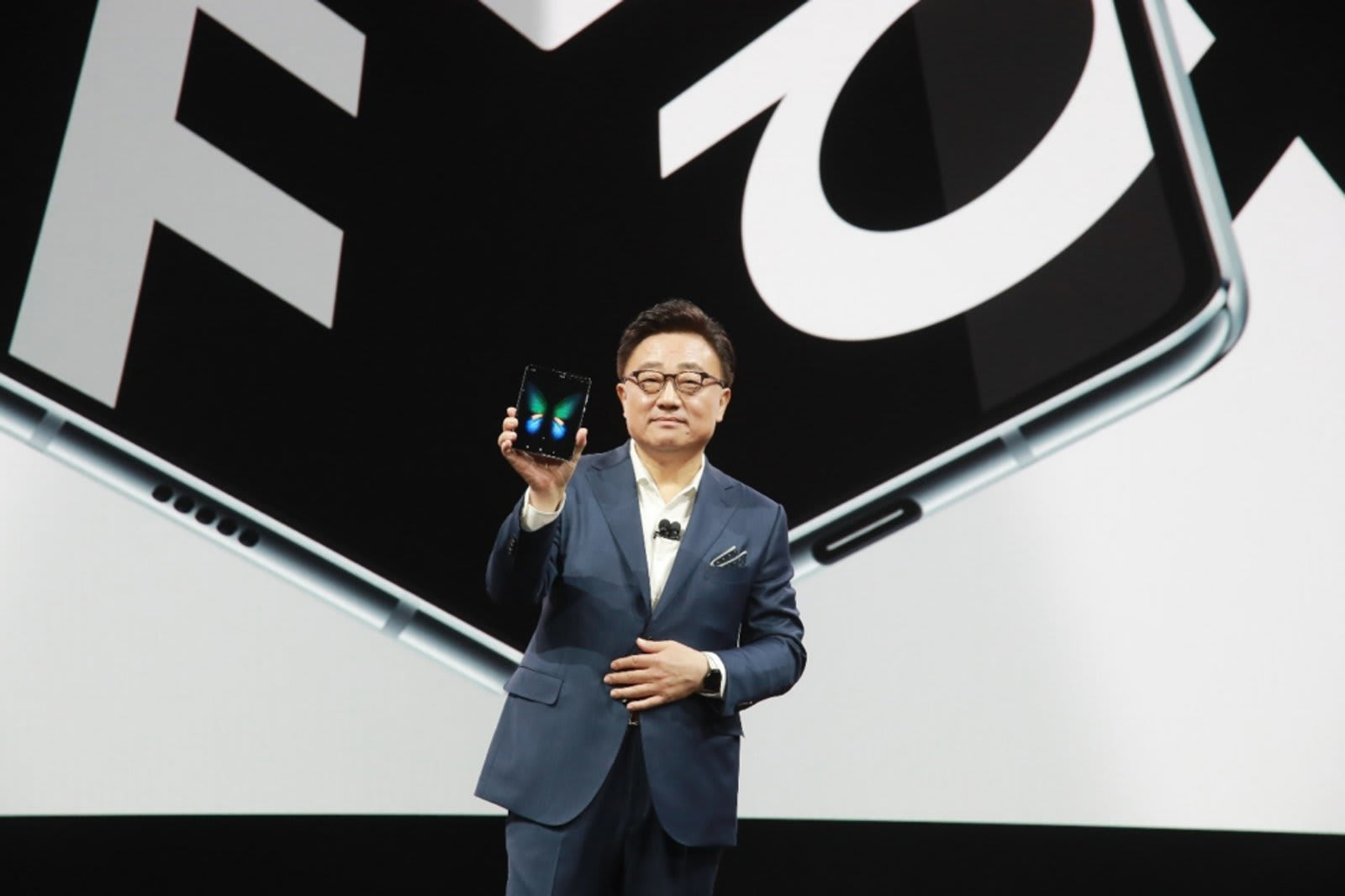 And now we wait. Bloomberg suggests that Samsung doesn't yet know when it should officially release the Fold, and that the company won't publicly address the matter at its upcoming Unpacked event in Brooklyn. To be clear, I don't mind waiting for the Fold, or any other foldable for that matter. I am, however, a little miffed that the industry as a whole was more than happy to push the idea that foldables were ready to go before they actually were. I would much rather these companies truly polish their first attempts so that their customers wouldn't shell out gobs of money for what amounts to experimental hardware.

Think the Fold fiasco was bad? Imagine what would've happened if Samsung started selling the handset in April as it planned, and actual consumers who paid $2,000 had to deal with those problems instead of just us reviewers. Had I gone out and purchased one of these things (rather than received a review loaner) only to discover its design was inherently compromised, I'd be pissed. That's not just bad for Samsung's reputation -- that's bad for anyone trying to build a foldable. It's easy enough to phone in a regular slab of a smartphone, but the industry isn't at the point where it can fudge things in a device that bends in half.

Samsung shouldn't have tried to push the Galaxy Fold out the door when it did; it honestly feels like the company's primary concern was being first. What's most telling is that neither of the companies that were seemingly close to launching their own attempts at foldables stepped in to fill the gap Samsung's problems created. And their launches don't appear to have stuck to schedule either.

At this year's Mobile World Congress, Motorola VP of Global Product Dan Dery told me point-blank that the company had been working on foldables for a long time, and didn't plan on releasing its first foldable phone later than the rest of its competitors. A few hours later, Motorola confirmed to CNET that it was eyeing a foldable launch window in the summer. (For what it's worth, my informed-but-unconfirmed hunch pointed to a release date in July.) While that's still possible, the notion of an imminent launch seems questionable. The rumor mill has been remarkably quiet, and a launch of that significance can't really happen in 2019 without something leaking. (Motorola has not responded to a request for comment at time of publication.) 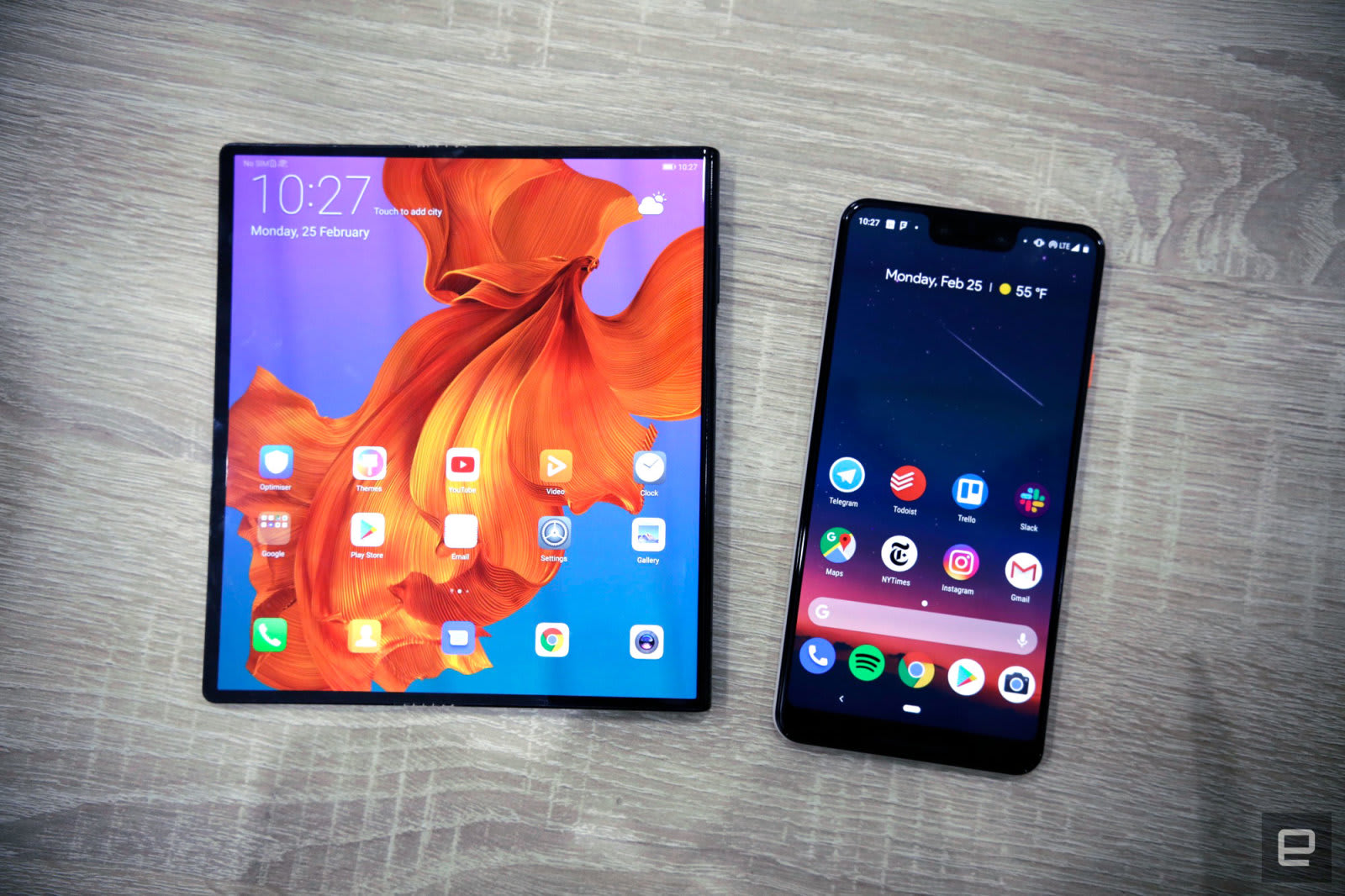 Huawei's Mate X (left) might be the foldable to beat.

Only Huawei, with its even-more-expensive Mate X, has something like a firm launch window on the books. After originally claiming that its 5G foldable would go on sale sometime this summer, a spokesperson confirmed to CNBC that the phone would actually go on sale this September.

Apparently, Huawei took word of the Galaxy Fold's show-stopping shortcomings to heart and pushed back the launch, all so it could perform even further testing. (When asked for comment, a Huawei spokesperson had nothing new to add.) This was probably the right move, but all the testing in the world probably won't prevent that screen — which folds so that both halves of the display are always exposed — from breaking when it hits the ground. Of course, since this is Huawei we're talking about, that wasn't its only concern in preparing for the Mate X launch -- even now, it's unclear whether the company will be allowed to use Google's Android operating system.

I don't think anyone would've been particularly upset if all of these companies said they'd launch their phones in the latter half of 2019, or even early 2020. Nailing new form factors is pretty hard, especially when you consider the kind of precision engineering that foldable designs require. Instead, we were told we'd have at least two high-end foldable phones by now, and we're currently sitting at zero. By all means, these companies should take their time and get things right — they should also know better than to promise us the future before it's actually ready.