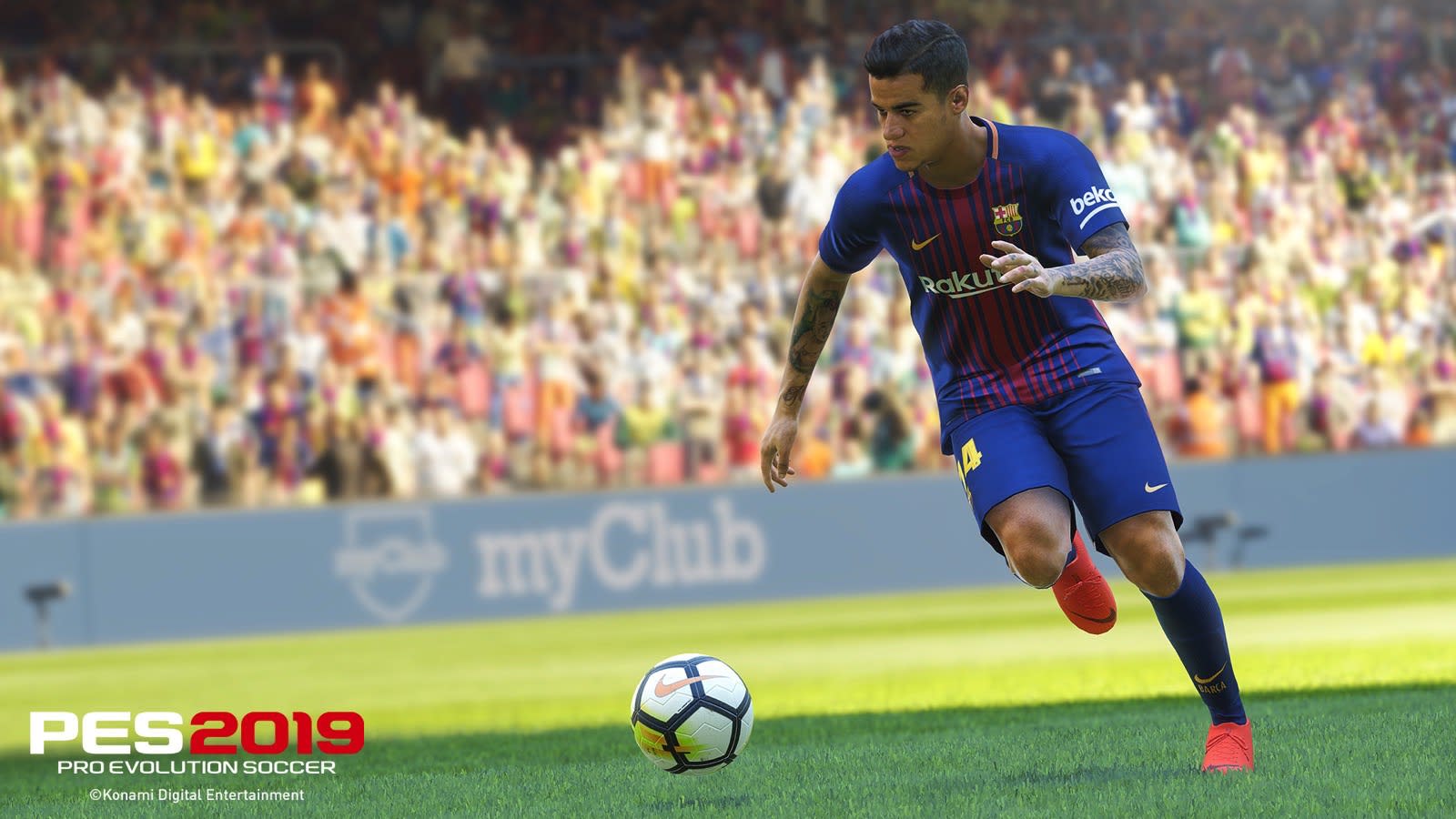 Sony raised some eyebrows when it said Pro Evolution Soccer 2019 would no longer be a free game for PS Plus subscribers in July, with Detroit: Become Human Digital Deluxe Edition (which includes Heavy Rain) taking its place. But if you're wondering why the change occurred, statements from Sony and PES publisher Konami didn't shed too much light on the matter, beyond revealing who made the call.

"This decision was made by Sony and so please make an inquiry to Sony," Konami bluntly told GameSpot. When Sony announced the swap, the European brand manager for PES told the same publication that Konami was caught by surprise. "I cannot really tell you what happened because I just found out today, in the morning when I opened my laptop. I can't really explain," Lennart Bobzien said.

Sony didn't offer any deeper explanation on the call in its own statement. "We have decided to make a change to the PS Plus games lineup this month, and will be offering Detroit: Become Human Digital Deluxe Edition instead of PES 2019," it said. "This was a decision we decided to make as a company, and we apologize for any inconvenience."

It's possible some kind of late contractual issue might have led to the switch, as Eurogamer suggests, though Sony might simply have been trying to placate fans who weren't pleased about the inclusion of PES. In any case, Sony seems to have annoyed Konami as well as players who were looking forward to picking up the soccer sim as part of their PS Plus plans. Others had also bought Detroit: Become Human at a discount in last month's Days of Play sale, so Sony might have ticked off those gamers with the swap too.

In this article: art, av, business, detroit become human, detroitbecomehuman, free games, freegames, gaming, heavy rain, heavyrain, konami, pes2019, playstation, pro evolution soccer 2019, proevolutionsoccer2019, ps plus, ps4, psplus, sony
All products recommended by Engadget are selected by our editorial team, independent of our parent company. Some of our stories include affiliate links. If you buy something through one of these links, we may earn an affiliate commission.