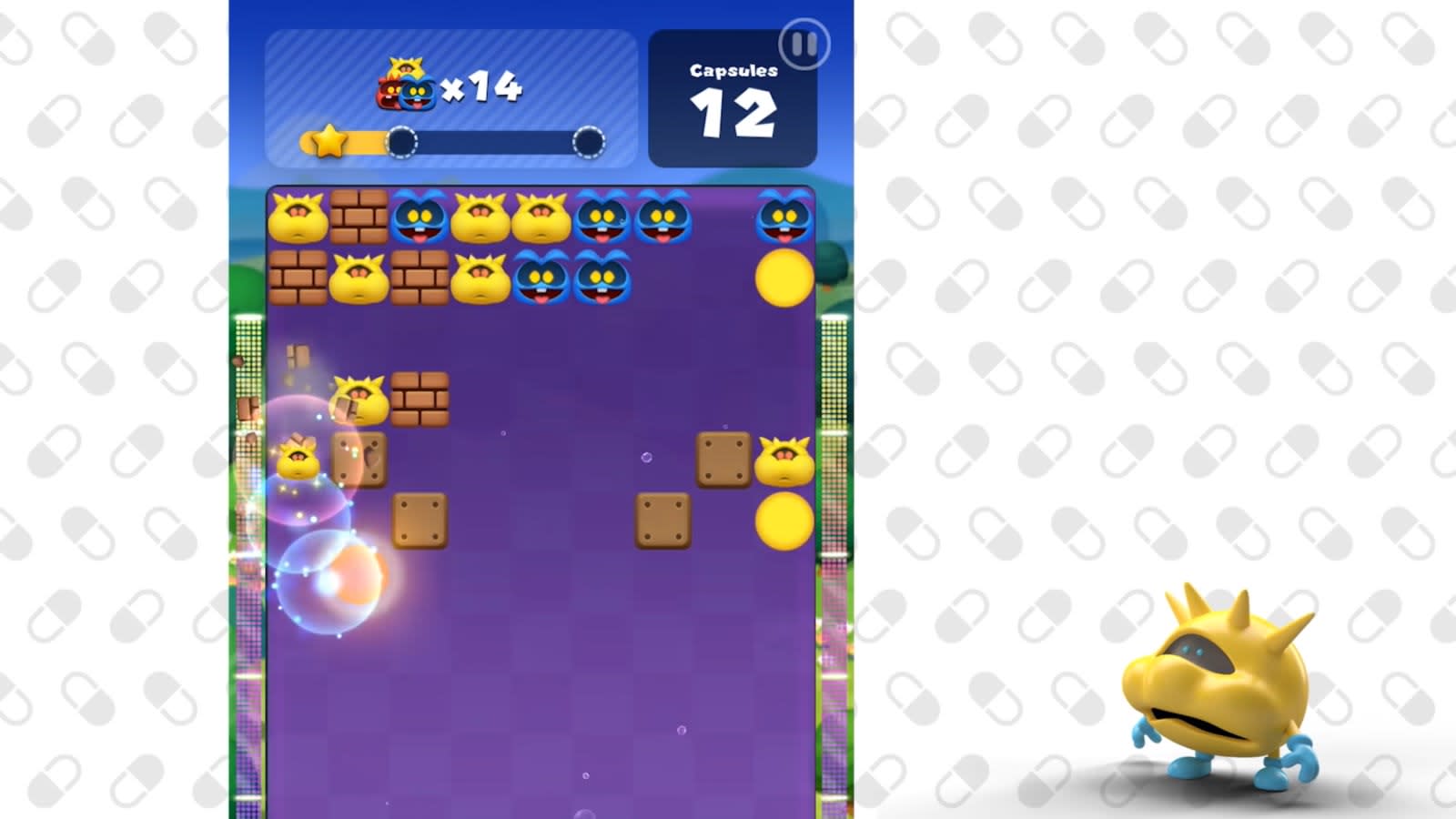 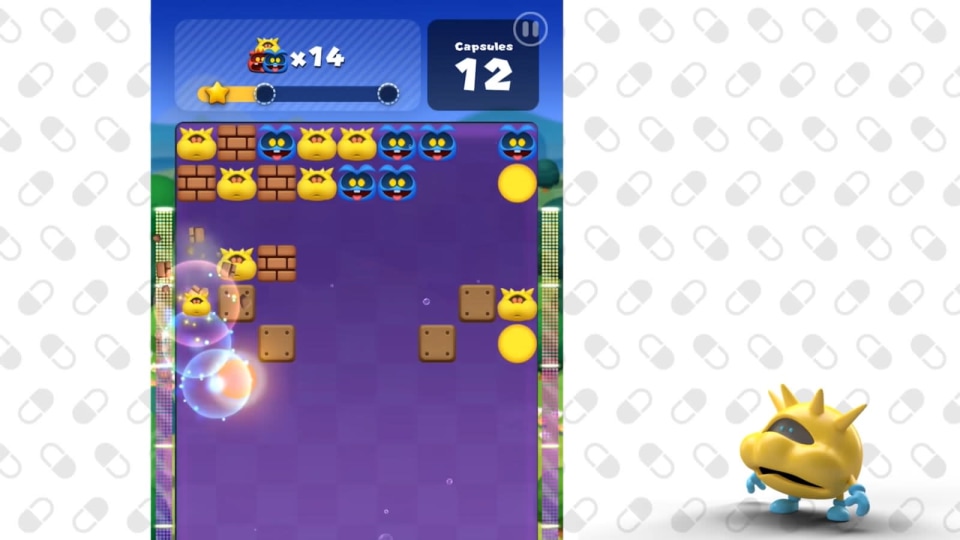 Was anyone really asking for a mobile Dr. Mario game? That was my immediate thought when Nintendo announced Dr. Mario World, its new free-to-play mobile title for iOS and Android, which launches on Wednesday July 10th.

Then I realized Nintendo would be crazy not to capitalize on phones for an addictive new puzzler. Super Mario Run, the company's first mobile game, was a money-making hit. Pokemon Go was a worldwide phenomenon, and even though Nintendo only had a partial stake in it, investors still ate it up. The bigger question, really, is why did it take so long to resurrect Dr. Mario on smartphones? 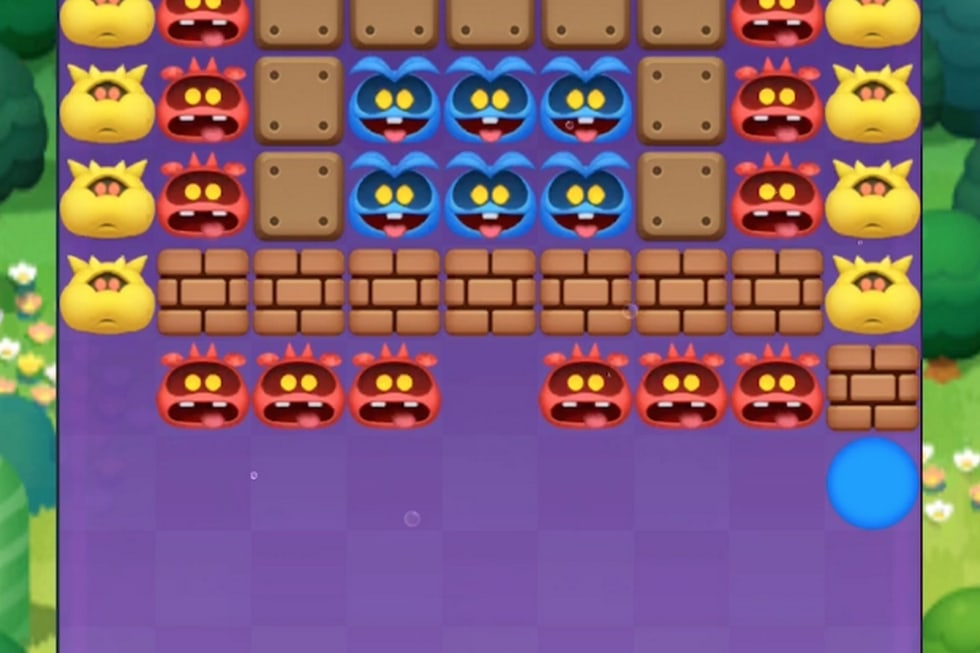 After spending a bit of time with an early version of Dr. Mario World, I don't have an exact answer just yet. But at the very least, it's clear that Nintendo isn't approaching it like an easy cash-grab. The gameplay has been optimized for one-handed touchscreen use, as you'd expect. And even though your main goal remains the same -- match up three similarly colored pills and viruses to clear them out -- the company wasn't afraid to change things up a bit elsewhere.

Now, instead of having viruses fall from the top of the screen, Tetris-style, they rise from the bottom. That seemed like a confusing flip at first, but after playing a few rounds, it was clearly a smart move for ergonomics. We typically cradle phones from the bottom in our palms. It would simply be tough to quickly move objects from the top of the screen with your thumb, especially with larger devices like the iPhone XS Max. Once I got into the flow of Dr. Mario World, dealing with pills rising felt like second nature. And, as you'd imagine, dragging pills with my fingers felt far more fluid than hitting a directional pad. There were a few instances where I wanted a bit more control to nudge pieces into tight spots, but that's a bit of finesse I'll probably learn over time.

As for upgrades, Dr. Mario World will give you items and skills that can help you clear out stages. Koopa shells and bombs within some levels will also give you a leg up. The game only gives you a limited number of pills per stage, so part of the puzzle is figuring out the most efficient way to clear things out. And this being a mobile title, there's also a stamina meter that'll limit your gameplay and will recharge over time.

You can, of course, buy more time, pills and power-ups with a premium currency called diamonds. I didn't have a chance to test out the purchasing mechanics but based on my demo, it seems like you'd be able to play long enough to last a typical commute without having to pony up real money. You can also purchase new characters with diamonds and coins -- yes, even Bowser has a doctorate now. Each new doctor will have special skills of their own: Yoshi, for example, can eliminate three random items.

To fully round out the nostalgia trip -- and to make sure you get all your friends play Dr. Mario World -- there's also a real-time multiplayer mode. You'll be able to add friends from Facebook and Line, and afterward, send them hearts and challenge them to battle. This mode wasn't working during my demo, but based on the video Nintendo released last week, it's sure to make for some heated battles.

I'll be honest, I was never the biggest Dr. Mario fan. But this latest entry might make some new fans of the franchise. What feels like a Tetris ripoff at first quickly becomes an addictive virus-killing frenzy. The music is wonderfully bouncy (with plenty of nods to the original game), and the sound effects offer just enough dopamine hits to make you feel good every time you clear a few blocks. At the very least, Dr. Mario World looks like a cure for commuter boredom.

In this article: art, Dr. Mario World, gadgetry, gadgets, gaming, nintendo
All products recommended by Engadget are selected by our editorial team, independent of our parent company. Some of our stories include affiliate links. If you buy something through one of these links, we may earn an affiliate commission.