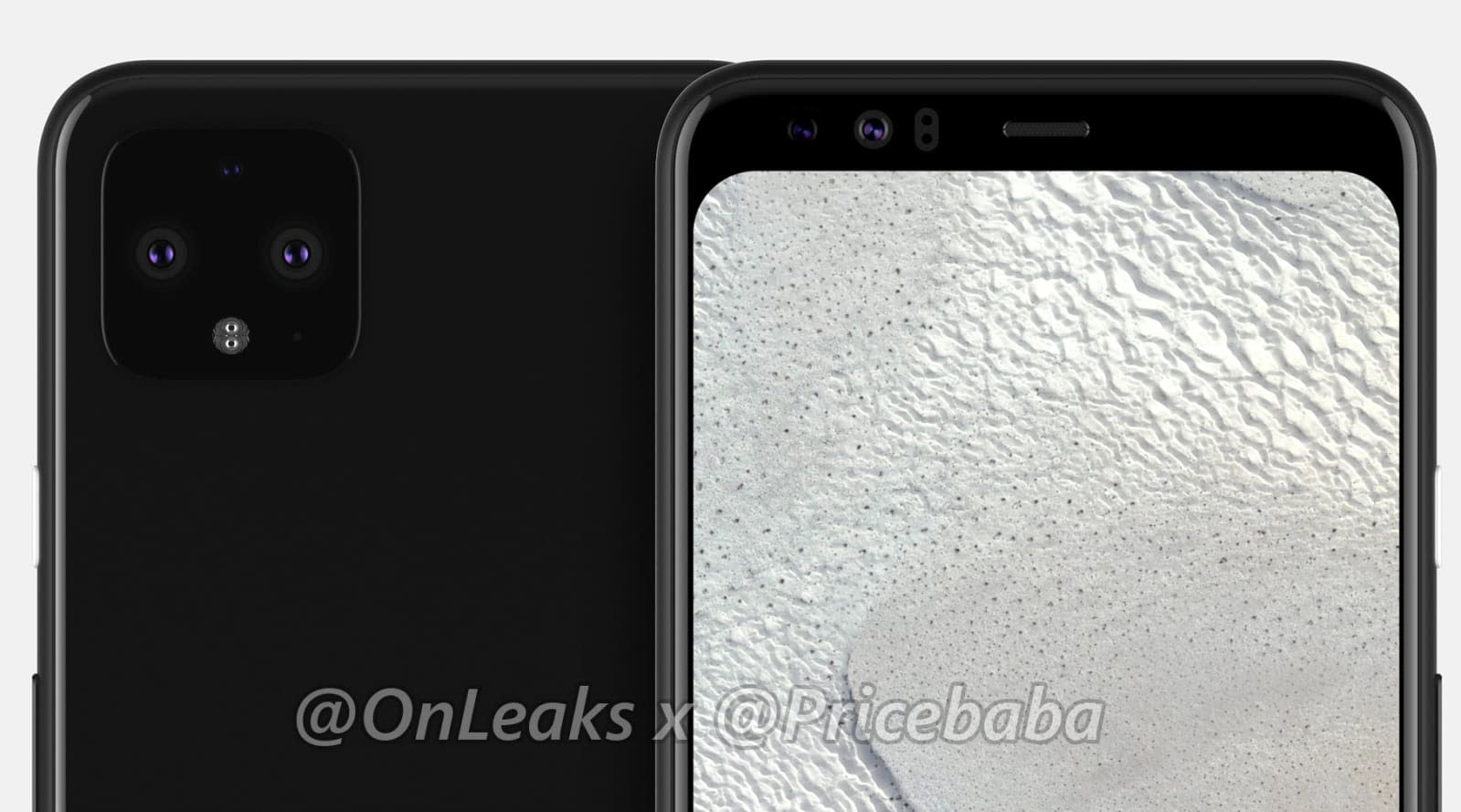 We already know what the rear of Google's upcoming Pixel 4 looks like, and renders of the other side of the XL version suggest the smartphone will ditch the widely-derided notch of the Pixel 3 XL. Tipster Steve Hemmerstoffer, aka OnLeaks, has a solid track record with leaks, and he and Pricebaba teamed up for more renders of the Pixel 4 XL based on leaked specs.

It appears the Pixel 4 XL will have a larger top bezel to house dual front-facing cameras, other sensors (perhaps for hand gestures) and an earpiece speaker for calls, instead of going down the increasingly common notch route. There's no physical fingerprint reader in the renders either, so the Pixel 4 might well have an in-display fingerprint sensor or even forego such scans altogether in favor of a Face ID-style unlocking system.

Well, since there seems to be some interest, 1 month after delivering your very first glimpse at the #Pixel4, here comes your very first full look at the #Pixel4XL! 360° video + gorgeous 5K renders + dimensions, on behalf of my Friends @Pricebaba again -> https://t.co/mCQCOp5Pp1 pic.twitter.com/MeAIID0FDz

OnLeaks claims the Pixel 4 XL will measure 160.4 x 75.2 x 8.2mm, with the thickness increasing to 9.3 mm to accommodate the camera bump. Despite his solid reliability, it's still worth treating the renders with a touch of skepticism until Google formally reveals the Pixel 4 lineup.

PriceBaba and OnLeaks' previous attempt at a Pixel 4 render was almost right on the money, as Google released official teaser images for the rear of the device soon after which looked very similar to those renders and showcased a camera array module. It seems unlikely Google will follow suit here, as it surely wants to keep the big reveal for its sure-to-be-splashy Pixel 4 event, which'll most likely take place in the fall.

In this article: gear, google, google pixel 4, google pixel 4 xl, googlepixel4, googlepixel4xl, mobile, notch, pixel 4, pixel 4 xl, pixel4xl
All products recommended by Engadget are selected by our editorial team, independent of our parent company. Some of our stories include affiliate links. If you buy something through one of these links, we may earn an affiliate commission.